In a weak moment the other day I decided to treat myself to the new SPQR starter set by Warlord Games.
I was actually attracted to this by some of the criticism I'd read on line...in that many historical buffs felt it was too dumbed down and over-simplified!

Having watched some "how to play" videos on YouTube, I couldn't help but feel that I could probably play this with my Grandson as the rules literally fit onto one side of A4.
As an aside, I was curious to try out figures that were cast in Warlord's new resin. So off I went to Firestorm Games and parted with just £36. An utter bargain price for 70 figures (40 plastic Gauls, 12 Resin Gaul archers, 16 Romans and two heroes and bases), a dozen D6, decals for all their shields and a nearly 200 page long, glossy rule book! 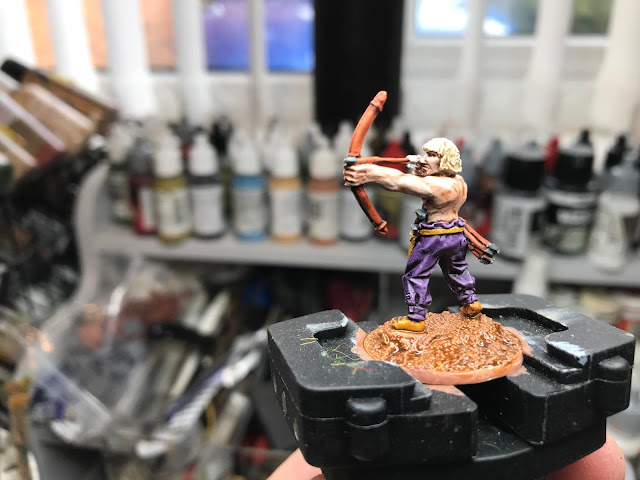 The plastic figures are standard sprues they've produced for some time and the resin archers are former metal figures now cast in the new material. 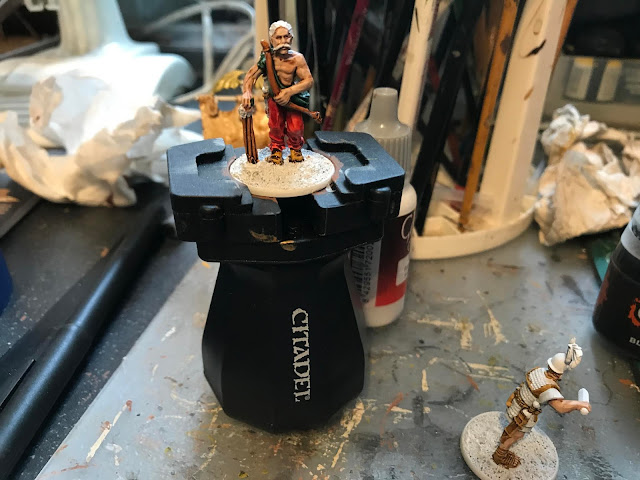 Detail on these resin figures is very good. They are quite flexible (not in the Airfix figure bracket though!) but I did not find them that easy to clean up. The Warlord blurb says they can be sanded, filed or scraped but I found that this wasn't easily achieved. In the end I carefully removed the few mould lines with a scalpel blade by cutting, not scraping. 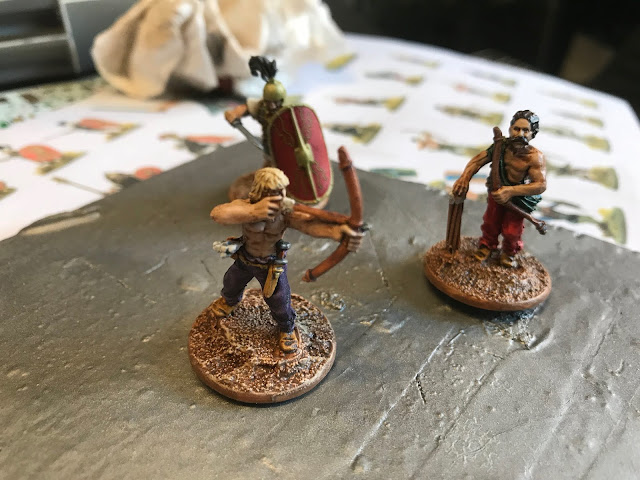 Painting them up is going well. They are ideal candidates for Citadel Contrast paints and the 12 archers were finished in just one day. 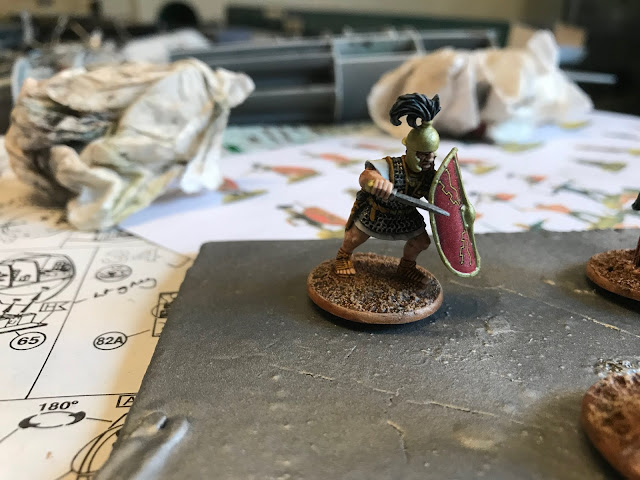