Never Mind the Billhooks in 6mm

Always a sucker for something that's free of charge, I was excited by the addition of the new WotR rules attached to September's Wargames Illustrated. 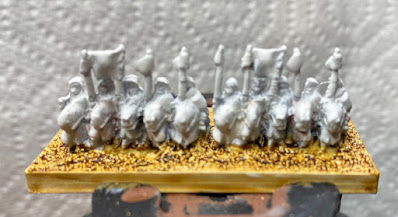 After reading them through, joining the FB group and watching the YouTube games I felt that they look great. 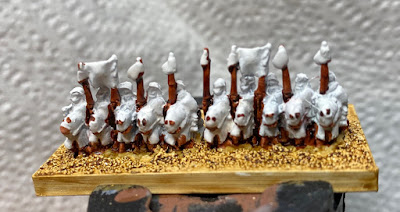 This could finally get me to finish my Perry 28mm WotR figures, which luckily, I'd been basing singularly, so would be just right. 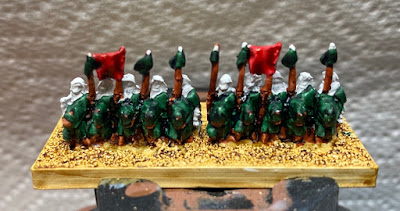 However, this will take a while, so my thoughts turned to what else I could do, and perhaps could it be played on a smaller table? 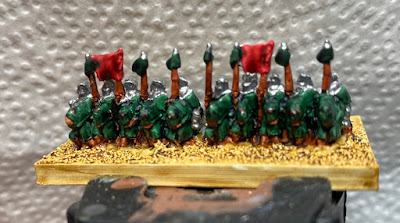 A quick search of my drawers of things still to do revealed abox of random 6mm medieval figures by Irregular Miniatures that I'd bought from eBay. 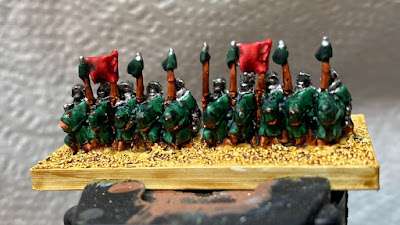 I then had a think about how they could be based en masse to use for these rules. The answer lay in my Sam Mustafa's Rommel bases that I'd knocked up a couple years ago. 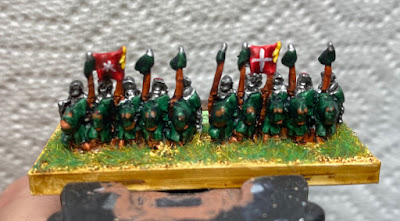 What I needed to do was mount them on bases with room behind the figures to take a laminated strip with numbers that could be crossed out as lives were lost.....simple. 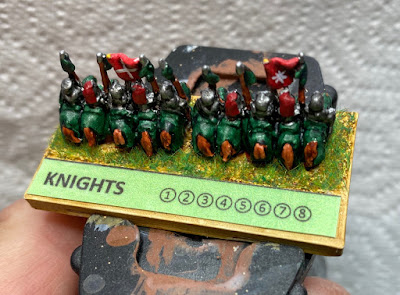 Then thinking on, if I substituted centimetres for inches the ground scale should be fine for the 6mm figures and the game would fit on a 72x48cm board or roughly 2'6" x 1'6". 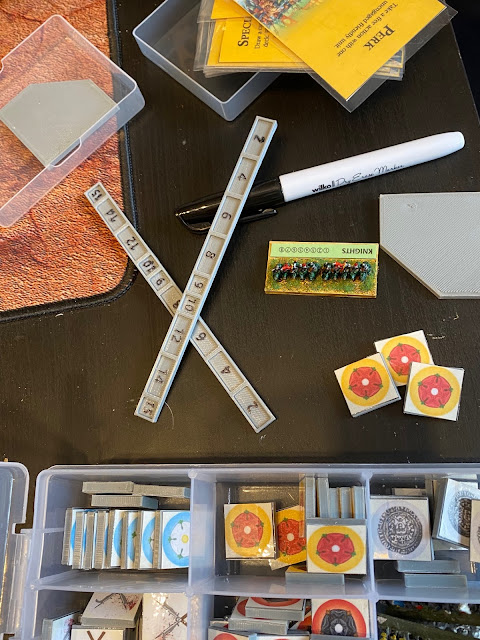 Now I'm sure most people have had some interaction with Irregular products at some time or other. They are not to everyone's taste shall I say? 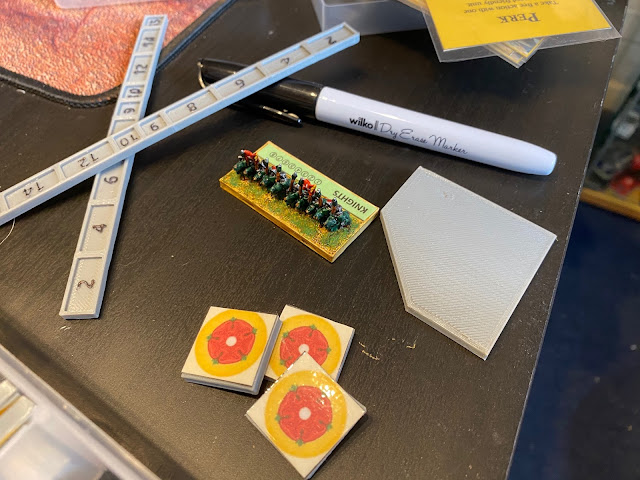 If I'm honest, I'd say their moulds are getting a little long in the tooth as the figures need shed-loads of cleaning up before you can use them. At a glance even after cleaning up, they look a little dodgy. However they generally paint up ok. The metal used, though, isn't the best and spears, lances etc will likely break off rather than bend.

I had some of these figures from 20 odd years ago, that I'd based for DBA, so I deceided that I'd rebase the lot for NMtB, keeping to a 50mm frontage so I could still use them with DBA/DBM.

The bases were printed out leaving a recessed area to accomodate the rather thick bases that the figure strips are cast on. The base was then leveled using Vallejo pumice before priming and painted mostly with Contrast paints.

The labels were created in PowerPoint and added with double-sided tape. The numbers can be easily crossed off with a dry-wipe pen (I found a pack of 4 in Wilko's for £1!).

To complete what's needed to play I printed a couple of 45' turn templates, two 15cm rulers and enough 20x20mm squares to make the counters required. These were printed off in PowerPoint, laminated and cut into squares before attaching to both sides of the printed counters.

So that should be all I need to give it a go, better get on with the painting....