As opposition for my first AK47 Republic Army, which was roughly based on the European Settler type of force, I looked to my lead mountain.

Some years ago, I’d bid on and won a job lot of Peter Pig Israeli infantry figures. This was unexpected but at the price I won them, not to be refused!

However, at the time I had no immediate plans for them and into the pile they went. 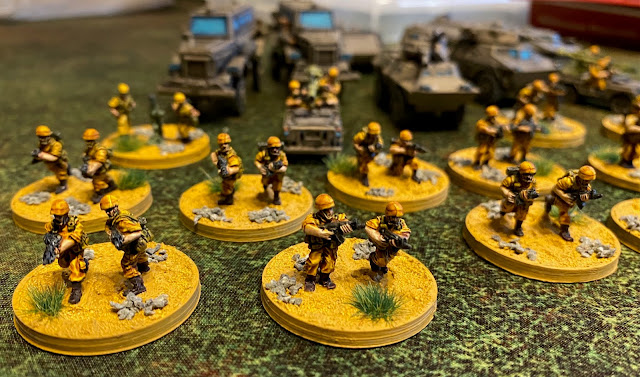 Whilst looking into ideas for my other AK47 force, I took a look at the Osprey Modern African Wars No. 3 – Southwest Africa and realised that the modern South African Defence force used the Galil assault rifle and wore a uniform that wasn’t a million miles away from looking like that of the IDF. 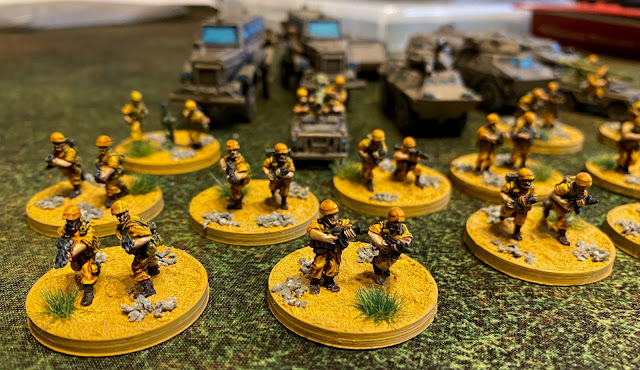 So, the decision was made – a Professional Army of loosely South African appearance would be created! 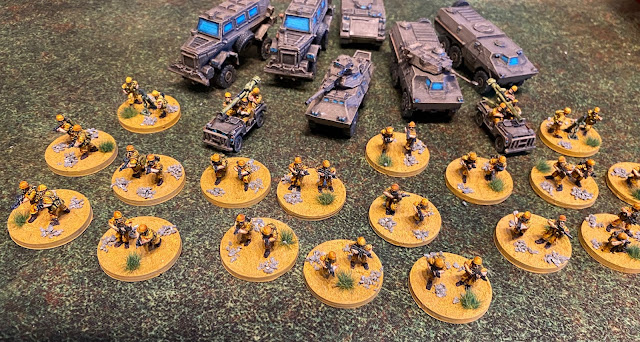 For vehicles this presents some interesting options which gave me quite a challenge to find them on the internet as 3D printable files. 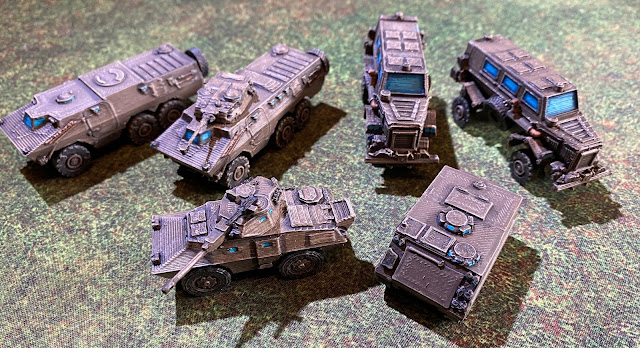 To start with I had my two left over landrovers with RCLs from my first army. These were simply recrewed with seated Peter Pig figures and painted a different colour. In fact all my professional army vehicles were painted the same base colour – Battle Front Miniatures Cobra Drab.

To transport the troops I opted for a mixture of Ratel wheeled IFVs with a 20mm Turreted support version, and a couple of MPVs (Mine Protected Vehicles) that loosely resembled the SA Casspir IFV. 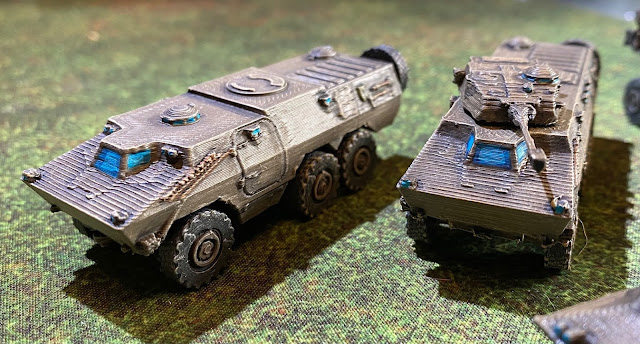 This model was actually a cut down Buffalo Mine Removal Vehicle I found on the 3D Wargaming Facebook Page. 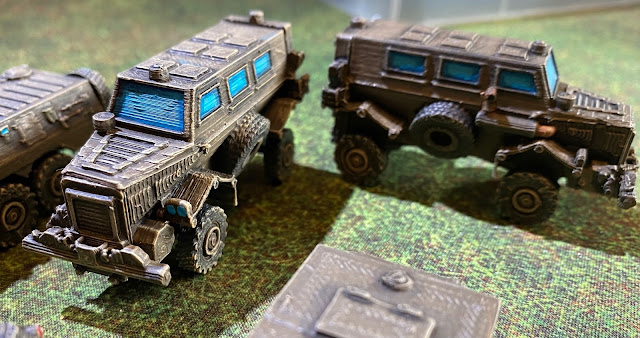 Before I had found suitable indigenous AFVs I printed off a Cadillac Gage Commando Armoured Car and a M113 APC so I added them to the mix as extras.

Finally, I printed off some 120mm mortars and crewed them with spare Peter Pig figures.

I realised then that I hadn't got enough firepower in the army. I could have added an Oliphant MBT but already had a Centurion painted up for my first force. It was then that I found the South African 8 x 8  Rooikat 105mm Armoured Car.

No suitable 3D files could be found, but I did discover one of Captain Ahab's  files for a Chinese ZTL-11 105mm 8×8 Armoured Car.

At 15mm scale the resemblance between the two A/C's is such that one would easily pass for the other, so I've printed one of these as my counter to the opposition's Centurion!

Now I need to print off a few native huts for African terrain and I’m ready to give it all a run out.