My patrol vehicles are now completed. As discussed previously, I 3D printed them in roughly 1/130th scale, using Bergman .stl files from Thingiverse. 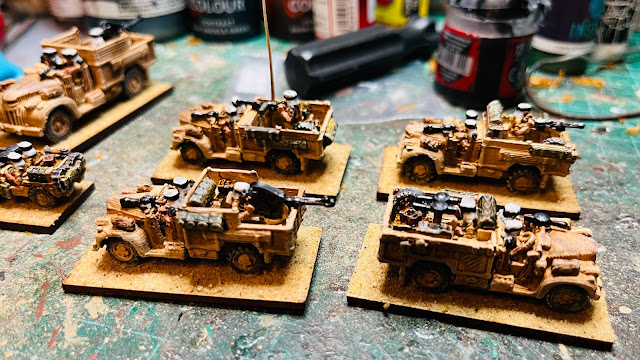 His LRDG Chevrolet files are many and varied…..Windscreen up/down etc. etc. together with a multitude of armaments.

What they lack are crew figures. 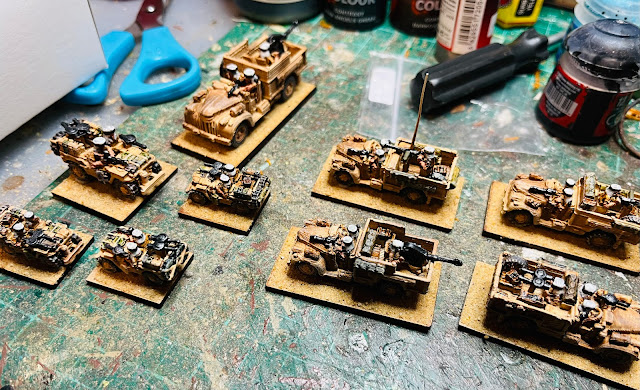 I found some very good 15mm scale sculpts of a SAS jeep crew on Thingiverse that fitted the bill nicely. There are three figures in the set, a driver with steering wheel, a crew member with Bren Gun and an empty-handed crew member. All are seated with their lower legs missing and wearing Arab head-dress. 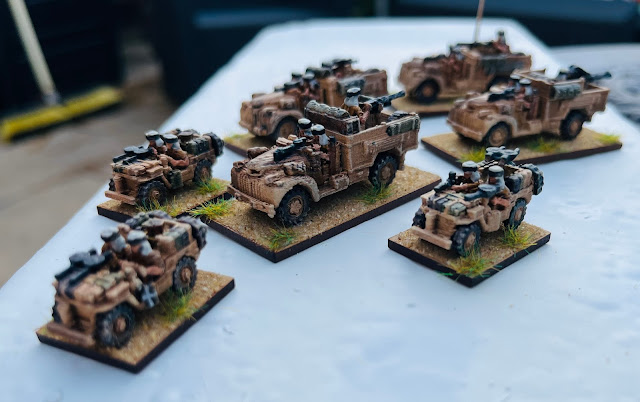 Using these figures, I was able to crew up every vehicle.

Following the guidance of the rule book (and the Osprey book on LRDG) I created a mid-1942 half-patrol. 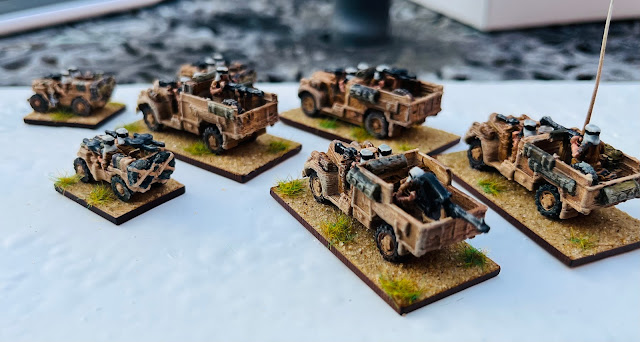 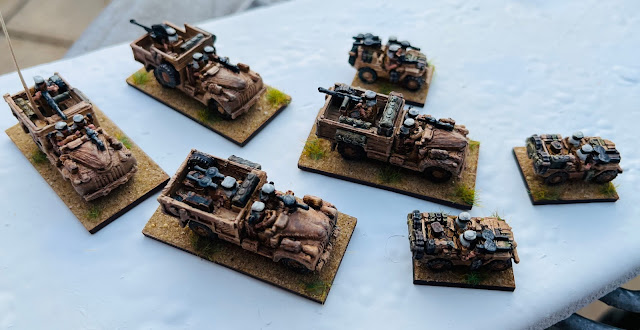 I’ve mounted them in pairs & singles and am about to commence the painting.