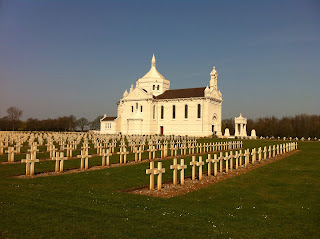 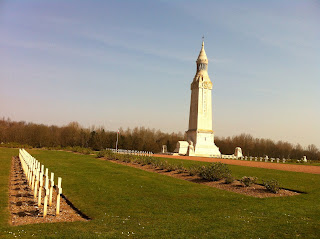 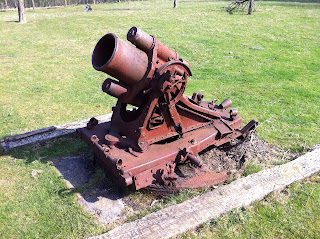 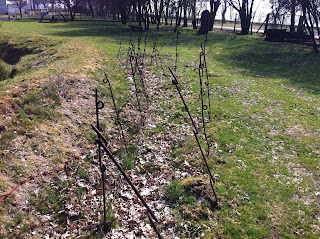 Day four was to be Vimy Ridge day!

We left early after failing to secure a tour of theGrange Tunnels over the phone. Luckily when we got there we were offered a guided tour at one pm. So with two hours to kill we evaded for the French National Memorial at Notre Dame de la Lorette.

Here we found a cemetery containing literally tens of thousands of French graves. At the centre there was a chapel and an Ossuary and behind a privately run museum.

This included (for the princely sum of 1€) a field containing "preserved" frontline French and German trenches and other rusty relics.

This was most enjoyable if somewhat unbelievable!