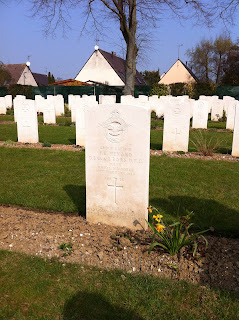 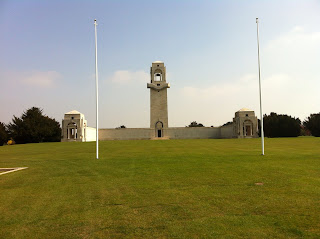 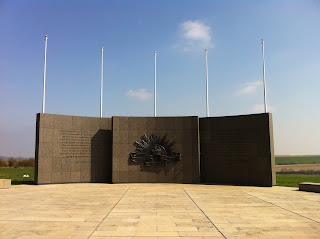 A bit of a round up day, starting in Amiens at the site of Operation Jericho - the Mosquito raid on the prison to release Resistance fighters. We also took in Group Captain Pickard's grave - the leader of the mission who was shot down over Amiens.

Then it was on to Villers - Brettenox where we saw the Australian National Memorial to the Missing. The tower was strafed by the Luftwaffe in WW2 and still bears the scars. Fantastic views of the 1918 battlefields from here.

Next it was a couple of k's down the road to Le Hamel and Australia's version of Vimy Ridge! Their very own memorial park with remains of German trenches. Very informative plaques nada lovely spot for a spot of lunch.