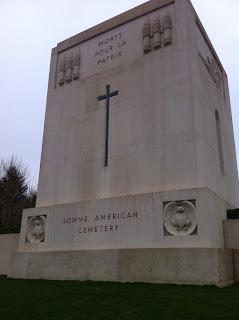 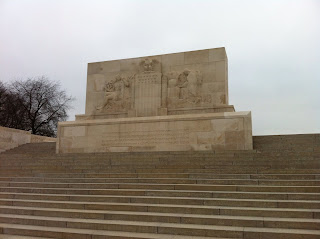 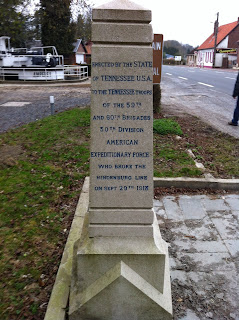 Then on into the early evening we headed west to the US Cemetery at Bony. Followed by the US Memorial a few k's further South.

The Memorial was almost directly above the St Quentin Canal Tunnel used by the German troops as an underground barracks and strong point as part of the Hindenburg Line.

US troops took part in the assault on the canal with the British 46th North Midlands Division and above the Southern entrance to the tunnel we found another Memorial this time to the Tennessee troops who were apparently responsible for breaking the Hindenburg Line!