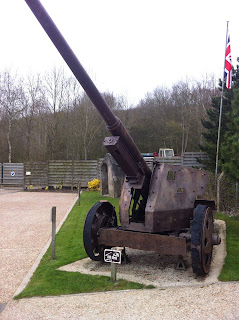 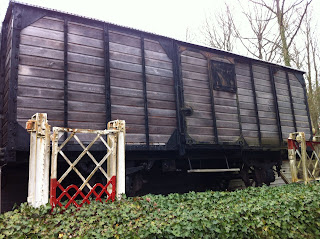 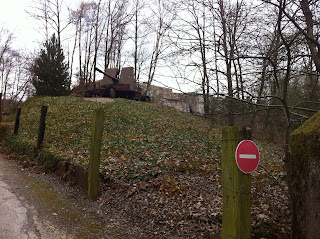 After Grevillers we joined the motorway and made for the V2 Bunker in the Foret d'Eperlecques near Watten.

The museum looked unassuming - certainly less slick than La Coupole nearby - but once it got going it was just as fascinating.

To start with there various bits of military hardware to see as you approached the bunker. This included a cattle truck of the type used to to transport slave labour tote site in 1942-3.