After much humming and hahing I finally decided it would be better to base my Great War Figures. 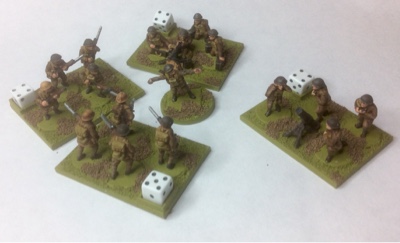 My thinking behind this was twofold.
1. The based figures are better protected in storage
2. The figures are quicker to move around the board.
The bases are 40x30 2mm mdf from Minibits as are the  dice frames and die which will keep track of the casualties and to make the bombardier stand out, I mounted him on a 2mm mdf base too. The bases were textured with sand before painting Vallejo Camoflague Green. Then to tone them down slightly, they had random patches of brown model railway ballast added to represent mud. 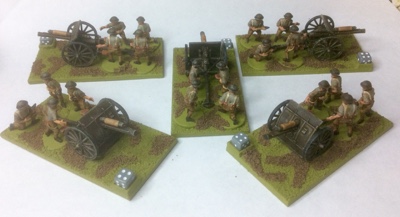 I took the same approach with my artillery pieces. In this case the die can be used to indicate the barrage strength. Much nicer than the cards, and will be useful if I ever do WW1 in 15mm! 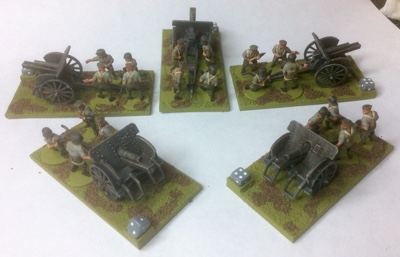 The Germans got the same treatment. Nice models, simple to make though you need to take care as both have one or two delicate pieces.

Finally, I've nearly finished my metal general figures. Very nice detail in the sculpting, they paint up well. Not sure how useful the more obscure army's figures will be, but nice to have all the same.
Just four sprues to finish now. Two of each side......hopefully I'll find the time before I get diverted on to something else....
Posted by TimsTanks at 21:28