I made a start of the plastic kits that came with my Hammerfall set this weekend.  The set comes with two M1 Abrams and three T64s. In addition there is a quick start guide with assembly instructions, an A5 version of the original Team Yankee rule book, some 2D cardboard terrain, dice and some tank commander half figures. 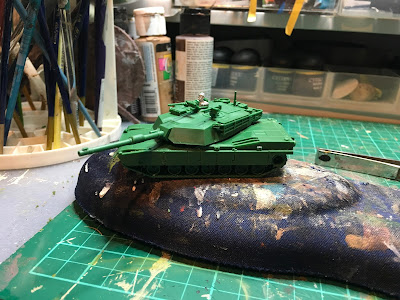 I started with the M1 kit which comes on two sprues in a horrible shade of green. 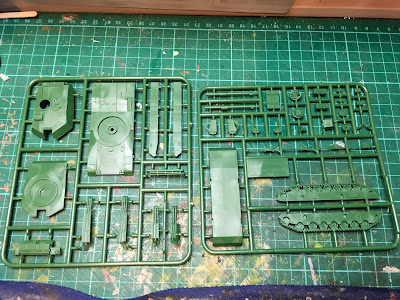 You have the option to produce the original M1 with 105mm main gun or the IMPM1 with the 120mm Rheinmetal cannon and some other minor mods. I chose to build the later. 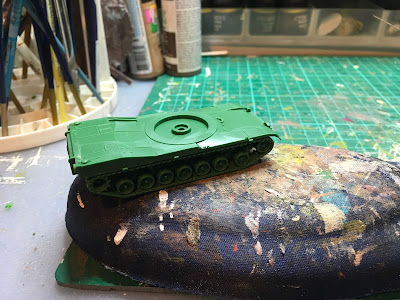 The hull and running gear goes together really well. There is nice detail on the tracks and the side plates are nicely engraved. There is a choice here of which guards go over the drive sprocket. 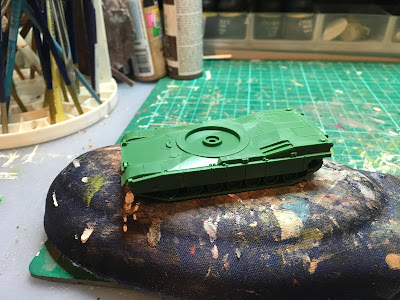 The turret halves go together easily and it is at this point you have a choice of stowage racks to fix to the sides. 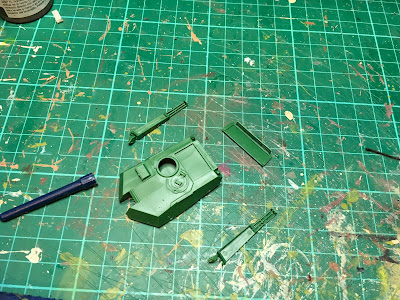 The position of these was not entirely clear to me from the assembly instructions included, so I referred to the Battlefront website, where all became clear. 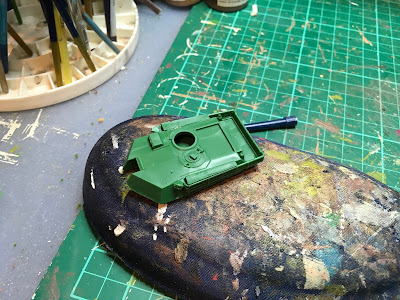 There was one US tank commander (in white metal) include with the set so I chose to model the cupola hatch open. 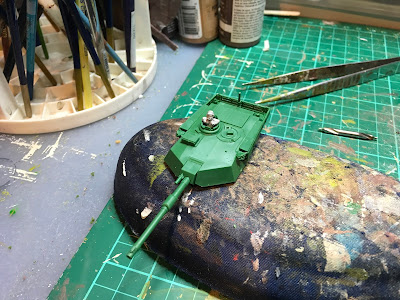 There are also nice renditions of the commander’s .5” HMG and loader’s GPMG to add to the turret. A nice touch here was to include two of each, in case you broke a barrel or something removing them from the sprue. 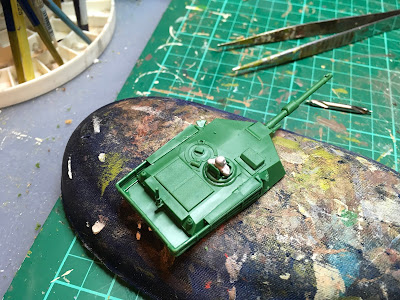 The turret was finished off with the environment sensor mast and a selection of stowage for the basket (jerry cans, boxes, spare wheel etc.) 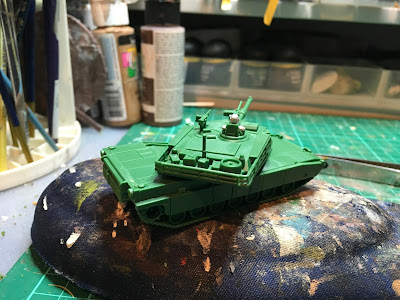 Altogether a nice little model. Goes together well, good detail and captures the look of the real thing.


This prompted me to remember I still had two Zvezda 1/100 M1 Abrams in their boxes, as yet unmade. Why not build them too so I could do a comparison?