I've been busy completing the figures that came with the starter set, using almost exclusively my Contrast paint collection. 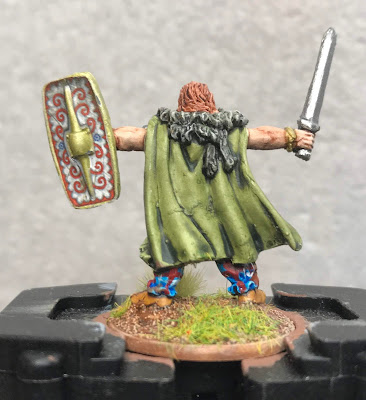 I know I've said it before, but I'm really impressed with the speed these paints can be applied, and the table ready finish they deliver. 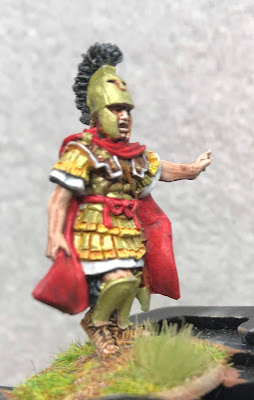 For ancients they're perfect as the colours are quite vivid. For more modern subject matters the choices are far less. There's one or two browns and an olive greeny colour, but not really enough to deal with WW1 or 2. 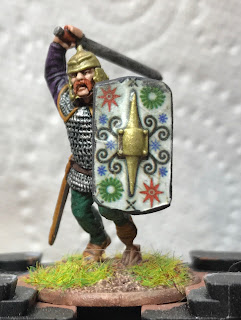 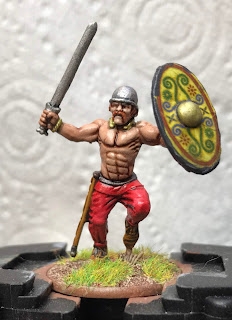 I spoke of the speed of use, and these figures bear witness to this. I only got the starter set at the very end of August. Since then I've been abroad for 4 out of 6 weeks, but I've already completed both warbands - that's 16 Roman Legionaries and their hero + 40 Gaulish Warriors, 12 Gaulish Archers and their hero - 70 figures all painted, based and varnished! Not bad. 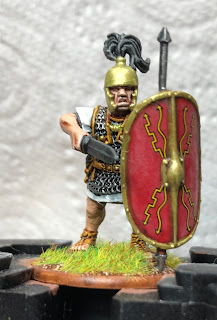 There are sufficient decals for every figure to have a decorated shield though taking into account standard bearers and musicians, there is a surplus.

I've not yet learnt the ways of using decal softeners etc. (I will have to look these up) and my tried and trusted way of application is to slide the decal onto a thin layer of PVA glue to aid adherence.


This worked to a point with these, but as they have a surround that makes them slightly oversize I think the softeners would have been a real help. In the end I trimmed each decal with a scalpel to remove the surrounding clear area. Quite a ball-ache to do.

But they're all done now. Next step is try them out and write up an AAR.