Not the most productive month I've ever had, by a long shot. Hopefully though, things will be looking up as we approach the summer.

To stave off insanity I have managed to tick over and produce a few bases towards an Empire army to use with HotT, in 28mm.

The main source for this project has been the figures that came with the Warhammer Sixth Edition starter set, many of which, to my shame were still on their sprues in the box. 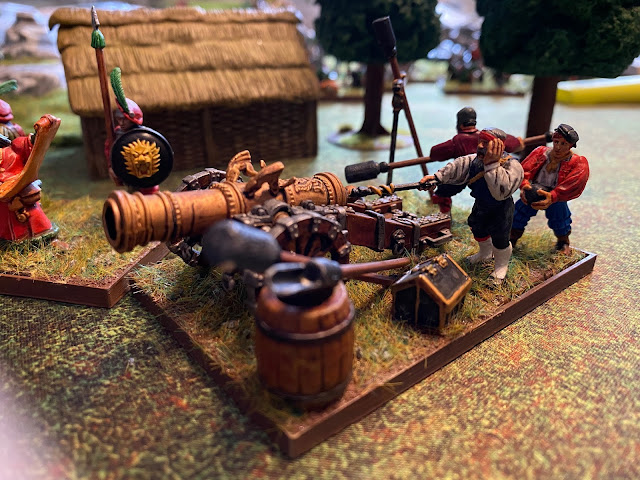 To kick things off I created a sabot base to accomodate the great cannon and three crew figures. A beautiful model that comes with loads of extra kit to bring the gun position to life. I guess this could double up for ECW at a pinch. The figures were all painted years ago so just needed a bit of basing and they were good to go. 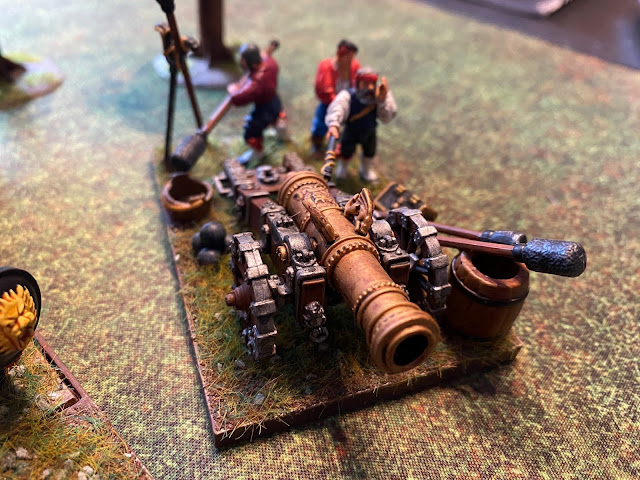 Next I created a Cleric/Magician base using a figure that came with an add-on set for a version of Talisman that I picked up cheap in a clearance shop years ago. I provided two bodyguards from the musketeers & spearmen taht came with the WH set. 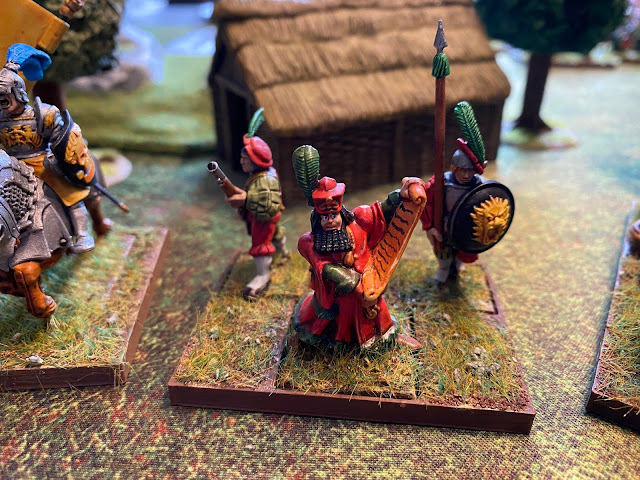 Finally I created a General/Hero base using the mounted General figure and the two command figures from the WH set. These comprised a drummer & standard bearer. 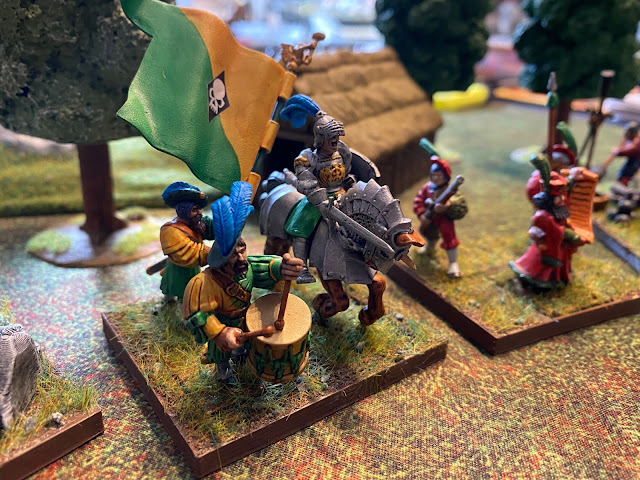 As an add on to my Dwarf army I made a Magician/Cleric base using the 3D printed base I'd created for the Goblins Shamen and adding an old Citadel figure I found. 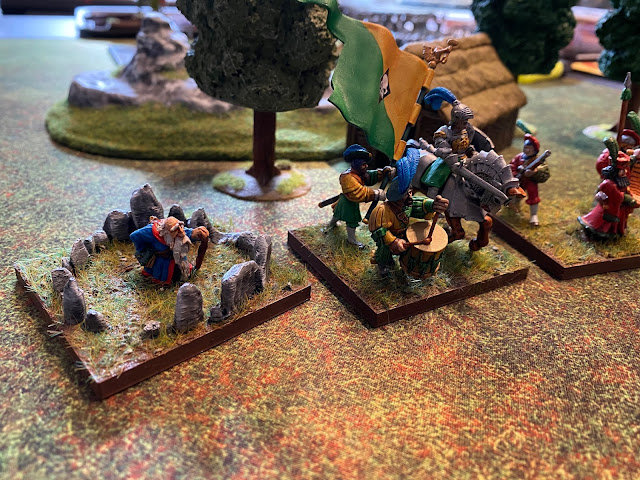 Let's hope I can find some time to get on with the rest. I've 5 bases of Shooters (Musketeers) and 5 bases of Spearmen on the bench as well as 2 bases of mounted Knights.

This of course, doesn't include all the other things I've started but haven't finished. Like 10mm russians etc....😂