This is the story of my Great Uncle Harold Marsland. He was just 20 when he was killed during an assault on the Schwaben Redoubt, on the 3rd September 1916 during the Battle of the Somme. He has no known grave and is commemorated on the Thiepval Memorial Pier and Face 2, A 2 C and 2 D.
Service History.
Harold was born in Leeds on 26th January in 1896. After enlisting, Harold found himself drafted into the 1/8th. Battalion (Leeds Rifles), The Prince of Wales’s Own (West Yorkshire Regiment). I think it is unlikely he was a pre-war territorial soldier as he would have been only 18 when war was declared. His elder brother Jack, served with the 17th. (Service) Battalion West Yorkshire Regt. (Prince of Wales Own) - a Bantam Battalion - and, having been taken prisoner in 1917, survived the war


The 1/8th. Battalion (Leeds Rifles) during the Battle of the Somme
On the 1st. July the attack was made against the German second army and by nightfall Britain’s Army had recorded her bloodiest day.

The 1/8th. Bn.West Yorkshire Regt. (Prince of Wales Own) was held in reserve on this day in support to the 1/5th., 1/6th. and 1/7th. Battalions. These battalions didn’t go “over” until approx. 3.45pm on the 1st. July, though they were in positions within Thiepval Wood from 2.15pm. They were due to attack Thiepval village at 4pm after many hours of simply “hanging around”.

The 1/8th. (1 company ) finally “went over” at 8.30pm to form a defensive flank in front of the Schwaben Redoubt and to reinforce 107 Brigade. There had been many casualties and they eventually withdrew. By 2nd. July, the 1/8th. was scattered with some troops in the front line and some behind the lines. (Incidentally, whilst there’s no actual reference to gas being used, but the description of Thiepval Wood on the night of 1/2nd. July describe it as “reeking of gas fumes” and of men stumbling about in their respirators. No specifics are given, but this shows that it must have been used.)

Despite the highest losses ever recorded for the British Army in battle, Haig continued in a series of lesser attacks, almost breaking the German line on the 13th. - 14th. July.

1/8th. Attack 3/9/1916
The day Harold died the battalion history record that the 1/8th. was to take part in an attack on Thiepval. The battalion moved into Aveluy Wood on 2nd. September and into the frontline trenches Near Thiepval on 3rd. September.

By 05.00am on that day the battalion was ready. At that hour the artillery barrage began and fell accurately on the German line. As the barrage lifted the men went steadily forward attacking from a line roughly following the present Mill Road with the 1/8th West Yorks. on the left flank, alongside the River Ancre. But by 05.03am the enemy opened up from a position known as the “Pope’s Nose”, roughly on the site of the present day “Ulster Tower” commemorating the ill fated attack made by the 36th. (Ulster) Division on 1st. July 1916.

Although the first wave of Yorkshiremen suffered little from it, the second wave, on leaving their start point, were badly caught in the firezone. The first wave managed to reach the enemy’s front line and for a little while it seemed the attack would succeed.

However, at 07.04am the 1/8th. West Yorks. reported that they were being counter-attacked and they were driven out of the German line. By 07.40am the division was being relieved and the attack had faltered. By 10:11am the remains of the Division were back at its starting point.

The casualties for the day were heavy, the 1/8th loosing 9 Officers and 294 other ranks, one of whom was Harold.

For the six days prior to the attack, the Battalion had spent every waking hour man handling spare ammunition and rations through Aveluy Wood, acroos the River Ancre and along the miles of "Black Horse" road to the forward dumps of Thiepval Wood. At the end of every exhausting trip they were put to work again maintaining the frontline trenches and digging saps towards the enemy.

The Officers and experienced NCOs anticipated the planned attack with misgivings. They knew the men of their battalion were exhausted.

After the attack, Haig wrote in his diary on the 4th September the following entry;-
"I visited Toutencourt and saw Gen. Gough. The failure to hold the position gained on the Ancre is due, he reported, to the 49th Division. The units of the Division did not really attack and some men did not follow their officers. The total losses of this Division are under a thousand! It is a Territorial Division from the West Riding of Yorkshire. I had occasion a fortnight ago to call the attention of the Army and Corps Commanders (Gough & Jacobs) to the lack of smartness, and slackness of one of its Battalions in the matter of saluting when I was motoring through the village where it was billeted. I expressed my opinion that such men were too sleepy to fight well, etc. It was due to the failure of the 49th Division that the 39th (which did well and got all their objectives) had to fall back." 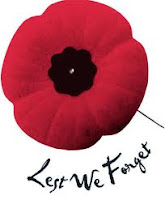