While at Smoggycon I also bought myself a single BT5 to join my Soviet horde. 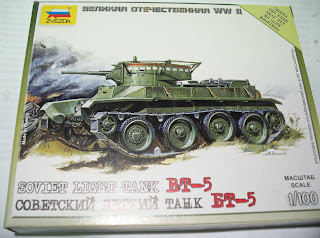 This one only cost me £2.50, the stockist I purchased it from had the entire range available including the 1/144 planes. He had completed, painted examples on display (a great way to entice you in!) and I must say I was impressed with the Stuka & Sturmovik models as well as the Junkers transport (1/200th this one). All the planes include decals and clear plastic for cockpits. 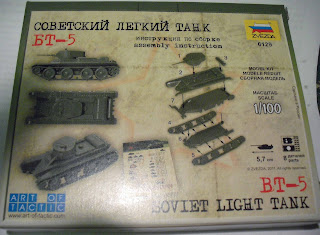 The kit is packed as usual. 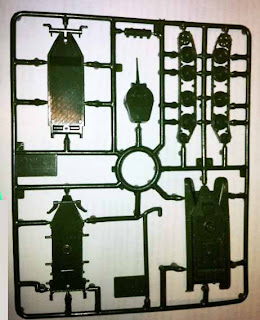 All the parts 7 parts (less flag) moulded on a single sprue of flexible green plastic. 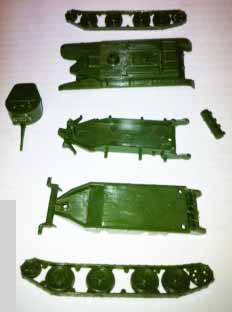 The parts can be trimmed from the sprue without leaving too much cleaning up required. You'll see that there are 3 parts to the hull - the bottom (with the front idler axle), the middle (with the track locating pins) and the upper hull. Assemble these three together with a little glue and then attach the track units. 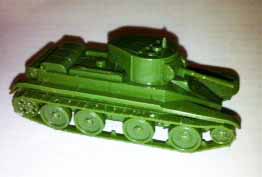 Assembly takes only a couple of minutes and there you have it! 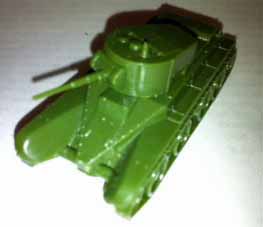 The tracks on a BT5 were very simple in design in the flesh so the models simplified tracks don't look out of place. 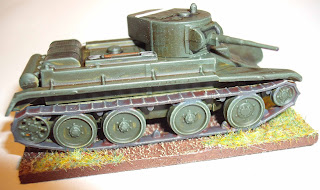 Altogether the detail on this little model is very good and captures the rakish lines of the real thing perfectly. 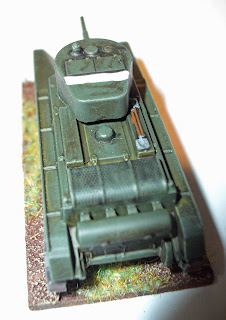 The model was finished as described in the KV1 article. 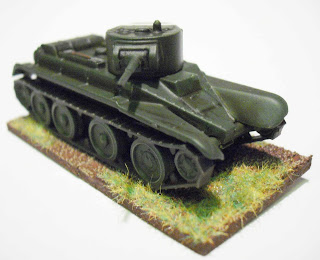 Pro's
Con's
As before, really only minor gripes here. Thoroughly Recommended.
Posted by TimsTanks at 17:53