Sent from my iPad
I'm starting to pick up the pace now. The batch of figures I won from eBay gave me a Late War German Starter Army of 90+infantry/Stormtroopers, 4 minewerfern, 4 flamethrower teams and 6 MG teams. As well as these there was a random selection of vehicles - 2 A/Cs, a French Schneider & FT17 tanks, a Whippet and two 4 Tonners.

The vehicles are now finished, as are the British 18 pdrs and command figures. I'm basing the infantry in threes on 25x20mm mdf - which is taking most of the time! On with the basing...... 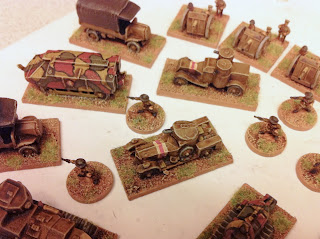 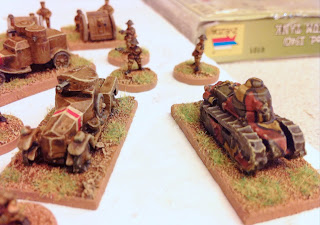 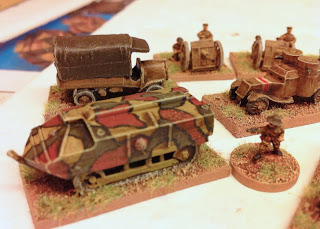 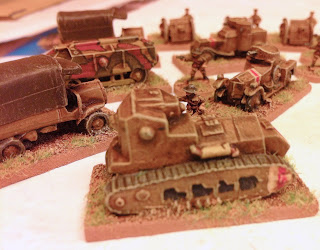 Sent from my iPad
Posted by TimsTanks at 19:22