I spoke previously of Peter's WW2 range. I promised I would put some pictures up for your interest. Well here they are.......enjoy!

German Infantry. To the rear of the group are some conversions, a Panzerschreck operator and a guy carrying two Panzerfausts. 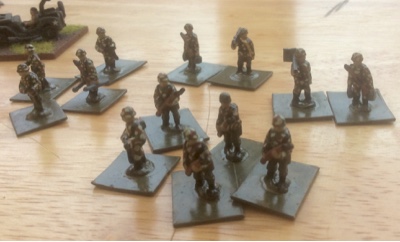 Painted with Camouflage smocks and gloss varnished as was the way in the 1980's! 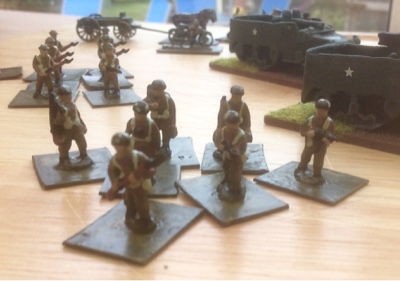 This small group represents one of each figure type from Peter's WW2 US range - painted as British Paras. The LMG  gunner has a BAR shoulder slung extreme left. 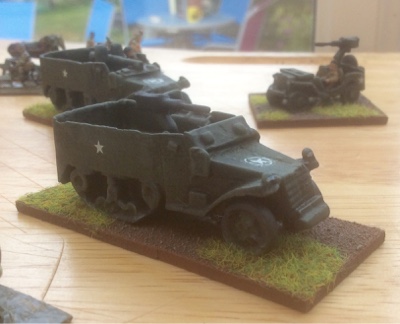 Here's a Timstanks original. A 15mm M5 Halftrack to go with the figures. The master was made from plastic card using a photocopy reduced plan from an old Airfix Guide to Military Modelling book. The front wheels are modified PL items. I still have the moulds! 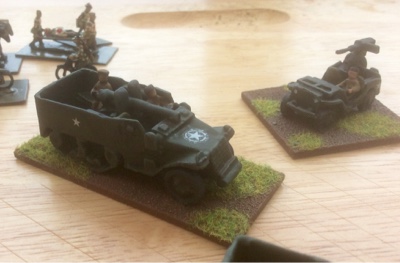 This is the Antitank version mounting a PL French 75mm from his WW1 range. Next to it is my first venture, a jeep. I actually had these reviewed in both Miniature a Wargames and Military Modelling, but needless to say I didn't make my fortune. I think a New Zealand based company nicked my idea and the rest is history as they say.... 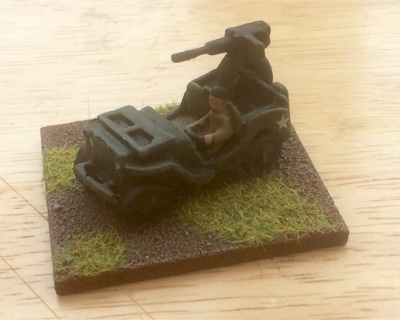 Again the master was made from plasticard. The mould were all Alec Tiranti cold cure rubber. The wheels for this model came from PL's range and I cast them two to an axle already to fit. The driver is a modified PL item from the WW1 range.

Some items from the WW1 range modified for WW2 use. A general purpose wagon plus horses. A motorcycle dispatch rider and a German on a push bike (Belgian army originally I think). At the rear a stretcher bearer party with a medic.

The British range with a mixture of stenguns and rifles. 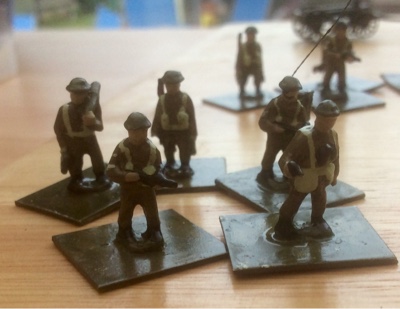 A company HQ group with a figure converted to a radio operator, the 2" mortar team and a pistol armed officer figure. 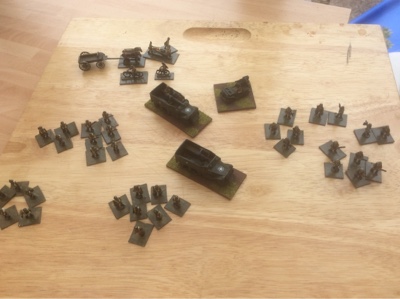 The group overall. I have in total about 100 WW2 figures still.

And yes, this is a genuine PL 6 pounder A/T gun. I have two, this one has a Peter Pig Para crew and is still in use. 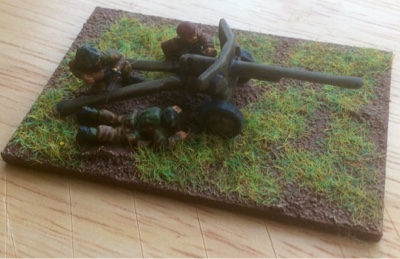 He gave them to me as basic single piece castings with no wheels. I have used my jeep axle here, which was a perfect fit.
I hope these pictures bring back memories......
Posted by TimsTanks at 09:59