Finally tried these out in a solo game. 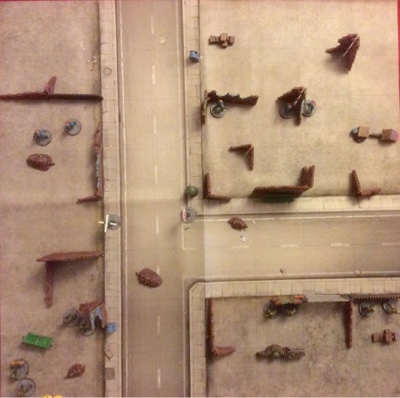 Each player can activate upto two figures per move . They  can move twice, shoot and move, aim and shoot etc. There are cards at can be played instead of activating figures, but I chose not to cloud things too much for this first foray. 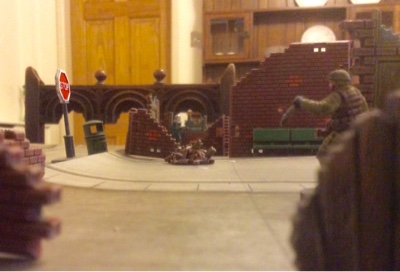 The marines moved onto the board and as Martians appeared, used fire and manoeuvre to deal with them. 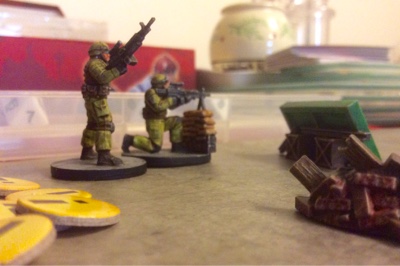 Shooting is simple. Most weapons have a range of 3-4 squares, only the SAW could fire out to 12 squares. To shoot you roll 3 D8 (+1 for aiming and another +1 for a clear shot - no cover) in most cases 5+ = 1hit. The target then rolls 3 D8 to survive, 5/6+ = survive one hit. Wearing armour automatically saves one hit. 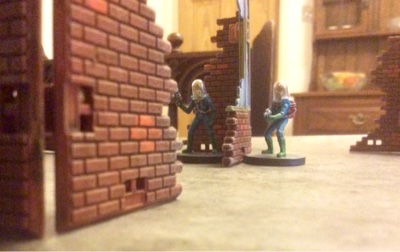 The outcome is decided by comparing hits to survives. If the shooter wins the target is killed. If the target wins he will be rattled and takes cover. 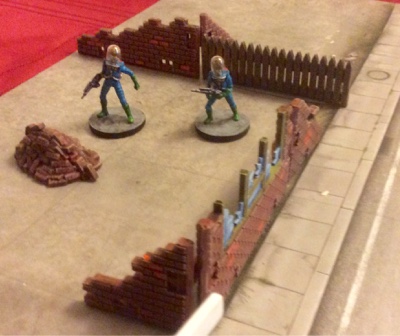 The game moves fast and by alternately activating two figures, the player has the option to set up assaults. Firstly softening up with aimed fire. 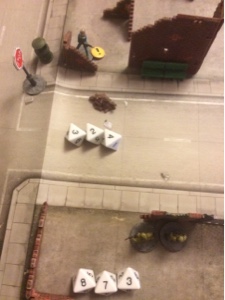 Then moving into fight hand to hand. 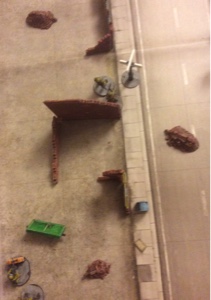 Fighting is very similar to shooting, as described above. 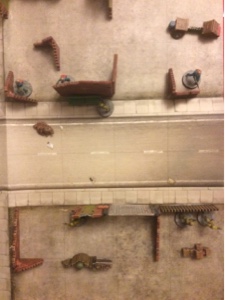 Ultimately some pretty shoddy dice rolling by the marines improved and they managed to kill four of the five Martians. The surviving alien legging it ASAP. 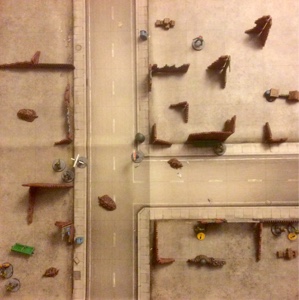 Good little game. Easy to learn (there are some very good YouTube videos that show how) and a good visual feast to boot.
Posted by TimsTanks at 22:09