The other vehicle that came with the starter set was Battlefront's plastic Panther kit. 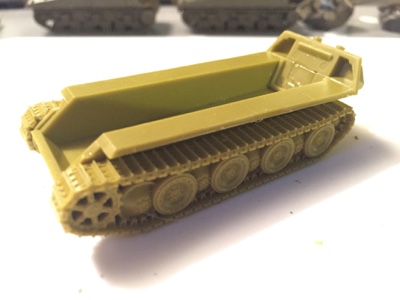 Once again this was a straight forward kit to make, which offers parts for both the Panther gun tank and the 88mm armed Jagdpanther tank 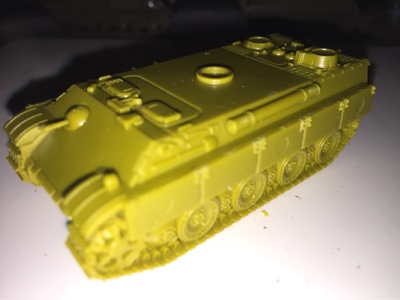 I opted to make both hulls and leave them loose so I could have to option to field either model. 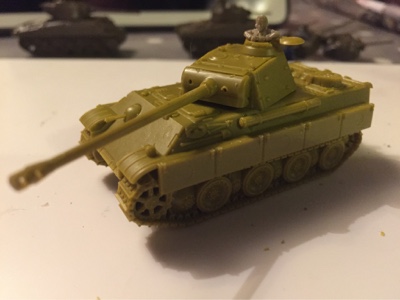 I added commander figures from PSC spares as the turrets could all be modelled open. 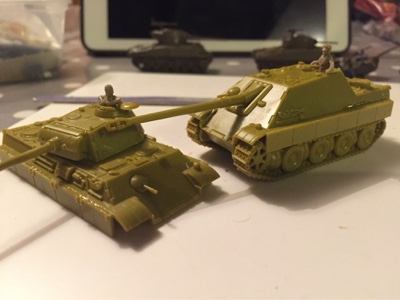 The only criticism I have is that the set of bazooka plates on the Panther have very prominent sink marks from the moulding process. Sadly I didn't notice these until I'd painted the models. 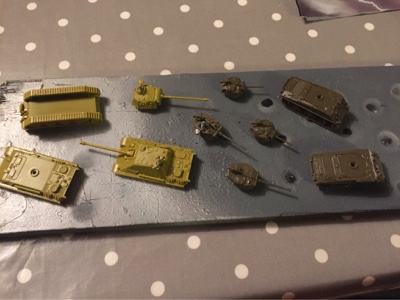 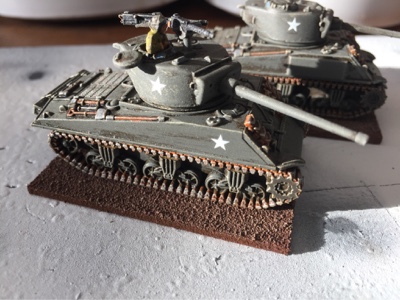 The US vehicles were painted overall in Vallejo Olive Drab. Then followed with a sepia wash before a final Heavy dry brush with lightened Olive Drab. 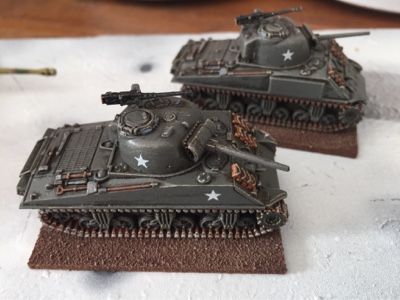 I then deviated from my usual track painting technique and started with a base coat of orange-brown. This then had a sepia wash before a final dry brush with silver. 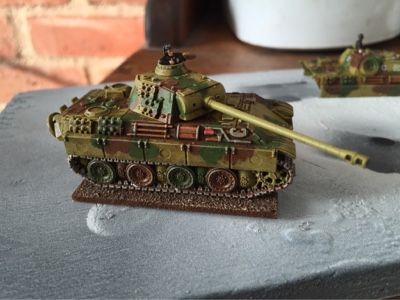 The German AFVs were given a coat of Vallejo Midstone followed by patches of Beasty Brown and US Camo Green. The sepia wash was followed by dry brushing lightened versions of these three paints. The painted upper hills fit the lower hull quite tightly, and don't need magnets or anything to hold them together. 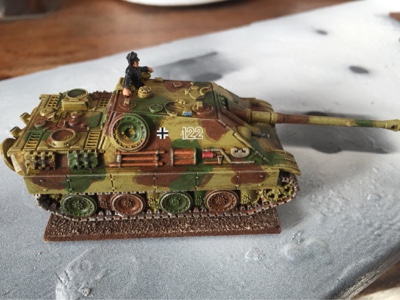 Track were painted as above. There are no markings included in the set, so I used some old Dragon Balkan Crosses and QRF Allied Star transfers to improve the look of the models.
The final three steps were to paint in the tool sets, lightly dry brush Iraqui Sand to highlight the detail and then a spray of Matt varnish to protect all that hard work.
Note:-
I base all my AFVs on sand coated mdf for two reasons;-
1. To avoid models sliding into one another and becoming damaged  in their storage box
2. I try to hold the base when moving the vehicles to avoid damaging the paint job!
Posted by TimsTanks at 20:58