I saw these on Facebook of all places, part of a GF9 Tanks group, and decided at £10 delivered they were worth a look.The set was for 6 partially destroyed 15mm detached houses. 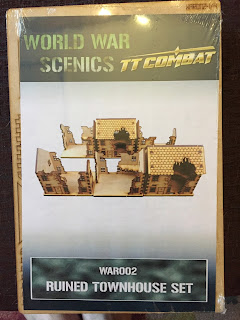 I've since discovered that they are stocked by Firestorm Games in Cardiff, and that they are the same company that made the 28mm Wild West buildings I featured a couple of years ago. 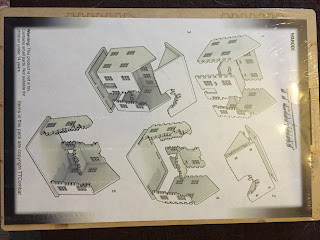 The assembly instructions were printed on the packaging and looked pretty straight forwards, 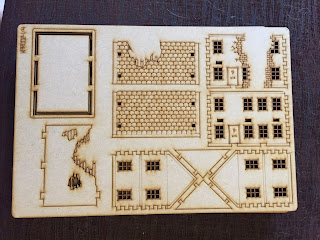 Each building was on one sheet/sprue of MDF. Nicely etched with tile & brick detail and cleanly cut through, especially around the window detail. Before I started I decided to spray paint the walls in white primer and the base & roof in grey primer to speed things up later on. 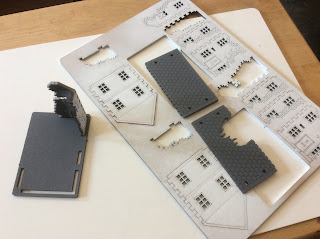 Assembly as expected was straight forwards. I used normal PVA Glue throughout construction. The roofs are assembled separately and remain detachable so figures can be placed inside. 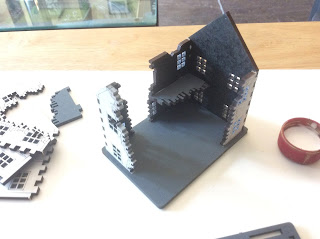 Once assembled I washed the inside with black paint to simulate the house being burnt out and then started the laborious job of painting all the window frames, door frames and touching up the areas my primer didn't reach! 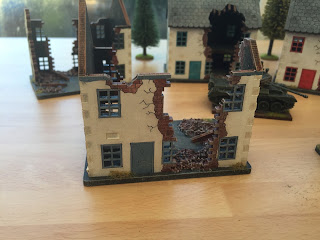 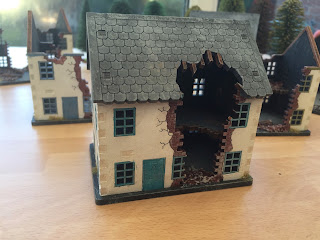 For rubble I used a course artist's textured paste I bought from Lidl many moons ago. It dries exposing the textured lumps which are simply painted black before dry brushing with brick coloured acrylic paint. Finally the buildings were given a "dusty" dry brushing and a coat of Anti-Shine matt varnish from Army Painter. 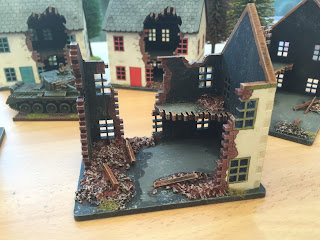 There are three styles of building in the pack, each one duplicated. I added a couple of matchsticks for fallen rafters and a little flock around the outside of each building. Altogether a nice little project which has given me six very robust terrain pieces for WW2-Modern gaming.

Thoroughly recommended.
Posted by TimsTanks at 08:56