Slowly but surely I'm increasing my 15mm ECW armies for Pike & Shotte. During a test game a couple of months ago it was obvious I needed some  sort of casualty markers as loose dice scattered across the table didn't cut the mustard.

Cue Donnigton miniatures casualty figure range. These figures work out around 30p each and they've a selection to cover just about all historical figures.

I ordered 20 mixed figures and collected them at Colours. Then I purchased a few 30mm diameter mdf bases from Products for Wargamers and some 7mm dice & frames from Pendraken those markers that were intended to follow units were mounted on round bases, those that I wanted to fit into the mdf movement trays with the foot regiments, were based on 40x20mm bases the same as the troops. 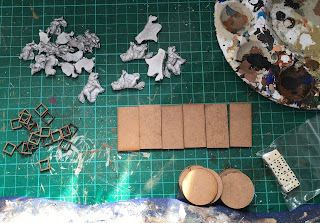 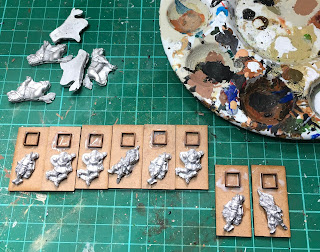 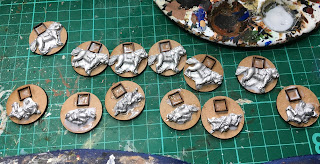 Having glued the figures and frames to the bases with PVA, the next step was to cover the surface of the exposed mdf with sand (avoiding the area inside the frame, of course!) 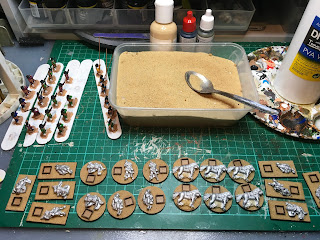 When dry the bases were primed with Army Painter leather brown paint. 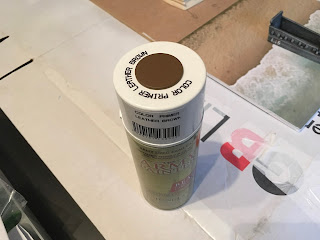 Before painting the figure details the bases were dry brushed with light brown. 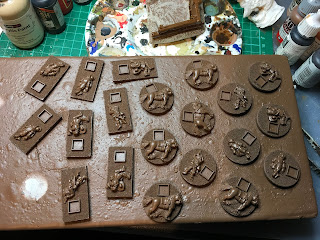 Large areas of colour were block painted next 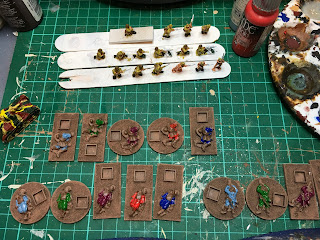 And the horses were painted an orange brown. 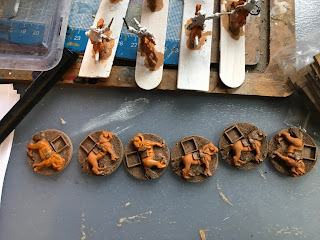 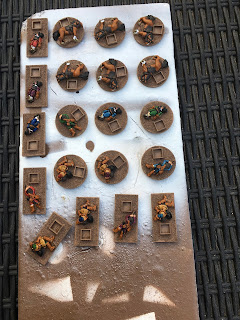 Finally the bases were flocked and the dice added! 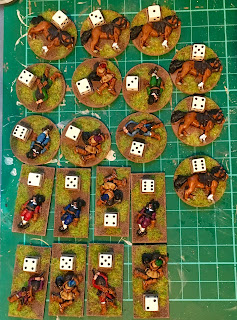 Finished and ready for use!! Really pleased with how these turned out. Quick and simple to complete and didn't break the bank either. Less than £10 for 20 markers.