I was tidying my wargames cupboard last night and realised that I have three new HOTT armies that I have never shared with you.

These were completed just before we moved to South Wales and therefore had been packed away without taking any pictures.


The Orcs will share a Stronghold with my Barbarian army, so I have not included it here.  THe army pack from Pendraken is excellent value for money (£16 I think) and the figures paint up a treat. 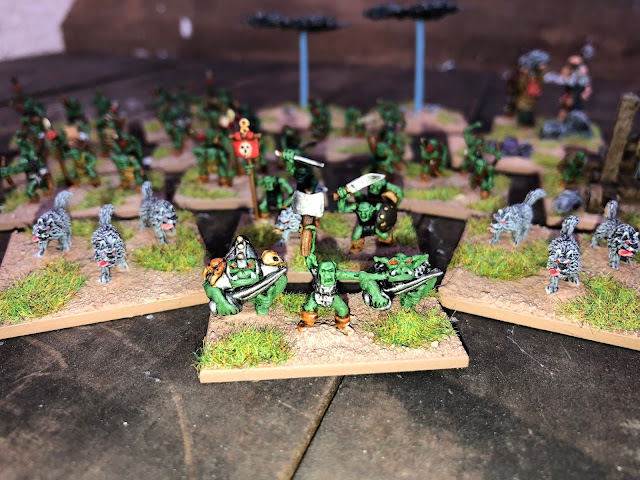 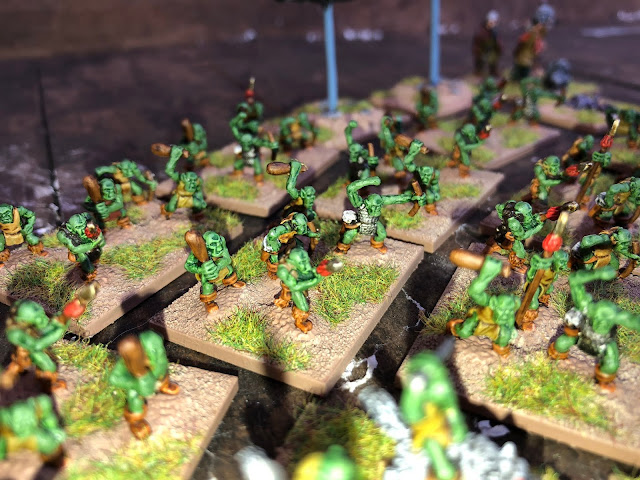 The Napoleonic army was a bit of fun and a good use for some random figures I'd had lying around for decades. The Ballon was made from a polystyrene Ball bought at Hobbycraft, with a Coke bottle top for a basket!

The Stronghold is an old Bellona (!) ridge tent with some accessories from the old Airfix 1/72 Outpost set. 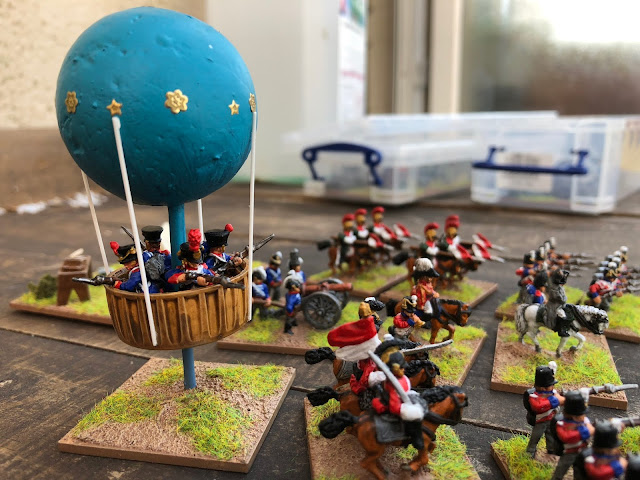 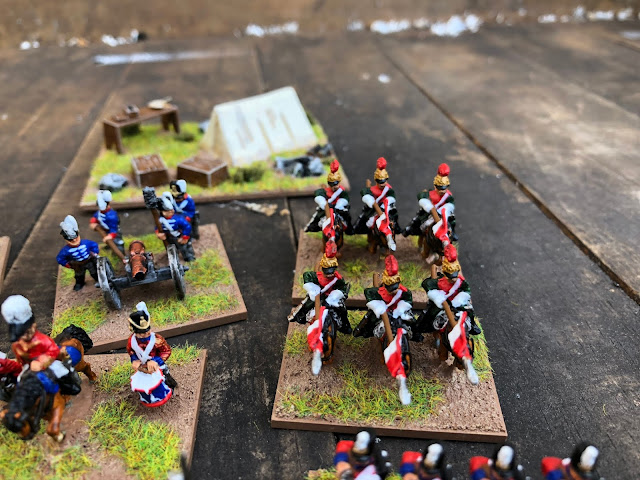 Then I added an old GW Space Marine figure acting as a Giant together with a Matchbox Toy Tank as a Behemoth.

Their Stronghold uses half a left over polystyrene ball and a milk container cap. These are joined to the next building (another Coke bottle cap) by a plastic straw "pipe". 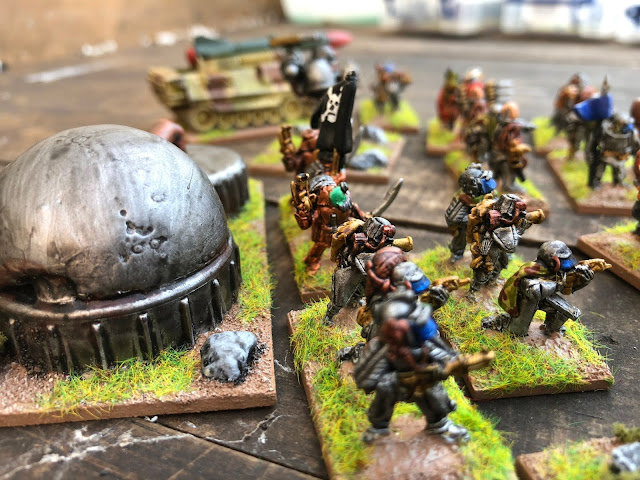 As ever great fun to create, even more fun to use and won't break the bank either...
Posted by TimsTanks at 08:45

Email ThisBlogThis!Share to TwitterShare to FacebookShare to Pinterest
Labels: HOTT