Once again I’ve been neglecting my blog pages…this time due to my recent battlefield tour of the Normandy area. I apologise......
Amongst all the usual stuff, my friends and I spent a day retracing the steps of Operation Perch and its aftermath. 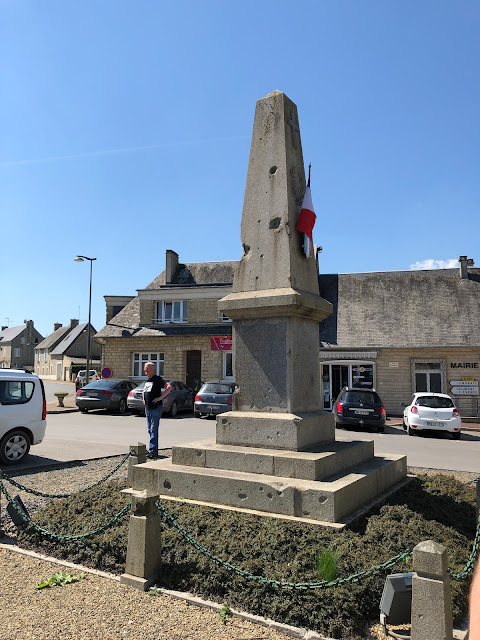 We visited Tilly-sur-Seulles, Livry, the area of the “Brigade Box” at Amayé-sur-Seulles
, Villers-Bocage and Lingèvres (the location of Sergeant Wilfred Harris’ spectacular tank action vs. the Panzer-Lehr Division.
A great day out, lovely weather and very atmospheric! 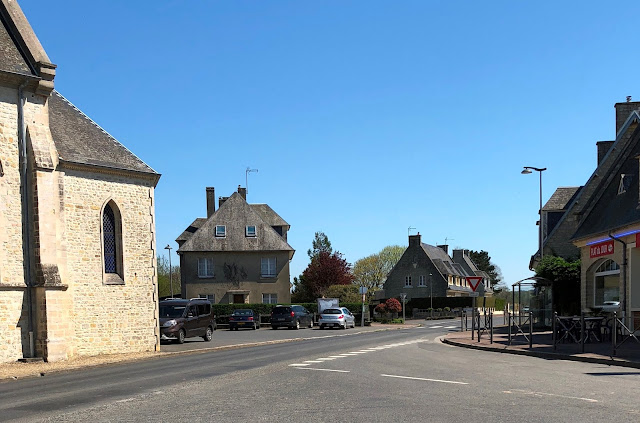 Quotation from the Wikipedia Pages: https://en.wikipedia.org/wiki/Operation_Perch

“14 June 1944
On the morning of 14 June, Montgomery abandoned the pincer attack on Caen, because he lacked "sufficient strength to act offensively on both flanks" and ordered XXX Corps to continue in a "concentrated single blow" while in the I Corps area, the 51st (Highland) Infantry Division was "piped down. The 50th (Northumbrian) Infantry Division had continued the attack southwards, to pin down German forces and on 14 June, supported by its entire divisional artillery and the Royal Air Force, the division attacked with two brigades towards la Senaudière, la Belle Epine, Lingèvres and Verrières. If the attack succeeded, it would be exploited to capture Hottot-les-Bagues. A reconnaissance-in-force was conducted the evening before and the panzergrenadiers of the Panzer-Lehr Division, inflicted many casualties; German casualties are unknown, although one tank was destroyed.


The attack began at 10:15 the next morning, when the 151st (Durham) Infantry Brigade and tanks of the 4th/7th Royal Dragoon Guards, advanced towards Lingèvres and Verrières. The German defenders held their fire until the British were less than 150 yd (140 m) distant and the battle lasted for five hours, until the 6th Durham Light Infantry (6th DLI) with a huge amount of artillery support, captured the German positions. Two companies advanced to Verrières which was empty but further advances were checked by German infantry and tanks. The 9th DLI were also caught in German machine-gun fire, and needed their reserve companies to break through the German front line. At about 13:30, the battalion captured Lingèvres and moved anti-tank guns into the village, although most of these were put out of action by the first German counter-attack.
Two Panthers were spotted approaching Lingèvres by Sergeant Wilfred Harris, commander of a Sherman Firefly, who engaged at 400 yd (370 m) and destroyed of the first and disabled the second (#1 & #2). While Harris moved, a tank-hunting party led by Major John Mogg (acting battalion commander of the 9th DLI) finished off the damaged Panther. Other tank-hunting parties drove off another Panther, a British M4 Sherman was destroyed (Johnson) and a third Panther was knocked out by a Sherman. 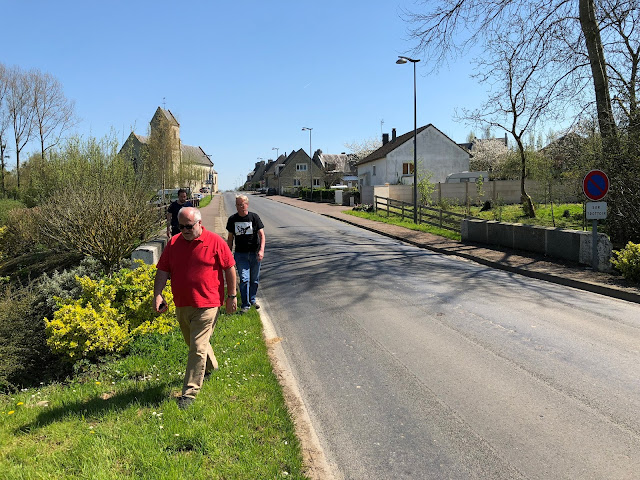 Three more Panthers moved towards the village and Harris destroyed the lead vehicle outside the village and the other two inside, including one in the centre of Lingèvres (#4, #5 & #6). The 231st Infantry Brigade reached its objectives by nightfall and linked with the 151st Infantry Brigade. A 6th DLI officer said that the attack was the best one launched by the battalion during the campaign. Nine German tanks were knocked out during the day but the 50th (Northumbrian) Infantry Division had been unable to break through the Panzer-Lehr defences and the DLI suffered c. 353 casualties.”

Hope you enjoy the then and now photographs.