Trying out my first game of 1914, my British troops were starting from hastily dug in positions.
My first thought was to put alongside a cardboard chit to remind me of this, when I had the idea “Why don’t I make some Dug-In markers with my 3D printer!!” 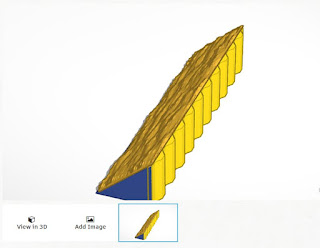 Once again I entered the wonderful world of TINKERCAD. I quickly drew up a 50mm long marker using a simple wedge shape to form the earth parapet. To give this texture I added a slab of rough terrain from the pre-prepared shapes available. Then finally added an undulating shaped piece to resemble basic revetment to the inner face. 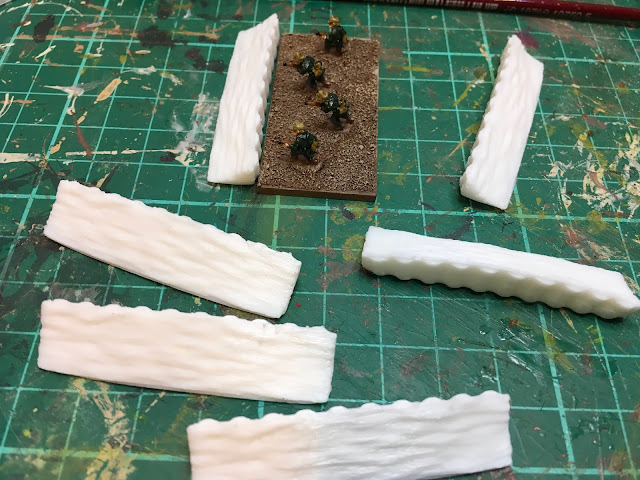 Having created the .stl file, I then printed out 6 of these in PLA.

Sprayed Leather Brown (Army Painter) and then dry brushed Iraqi Sand (Vallejo), they just needed a coat of varnish, before adding the finishing touch of a little static grass. 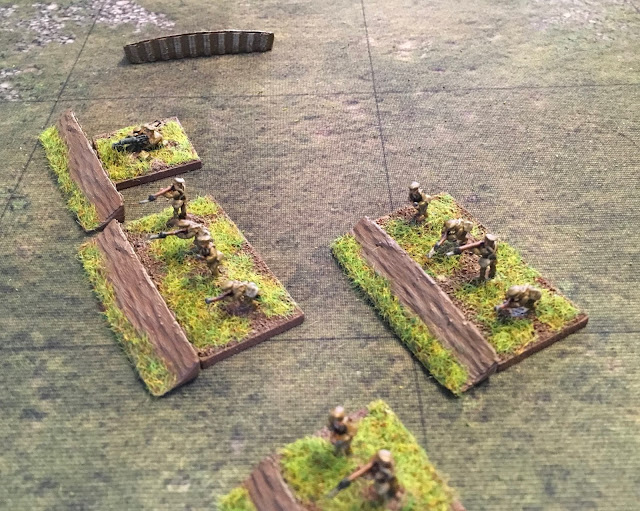 You can see from the photos that some warped slightly when printing (failure to adhere properly to the printer bed). However these were easily straightened using hot/cold water so the bases now lie flat. I think that the slightly curved top edge of the parapet rather adds to the overall effect - but I would say that wouldn't I!

Simple but effective I think.