Having seen images of the commemorative vignette sculpted by Alan Perry as the Salute 2018 souvenir, I decided I would like to have one! 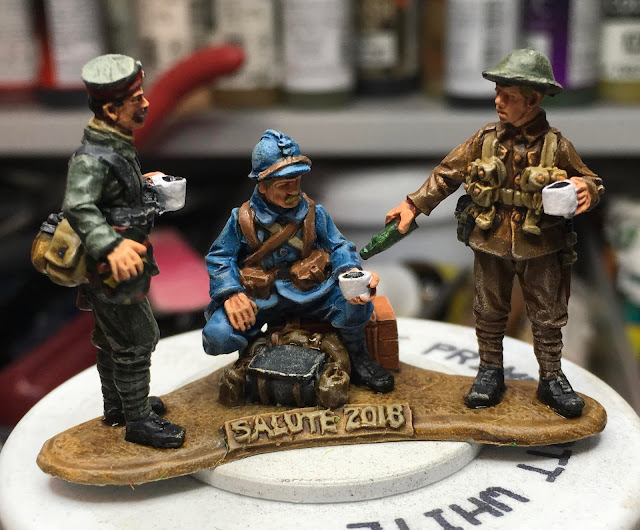 Not having attended Salute I was left having to bid for a surplus example on ebay. 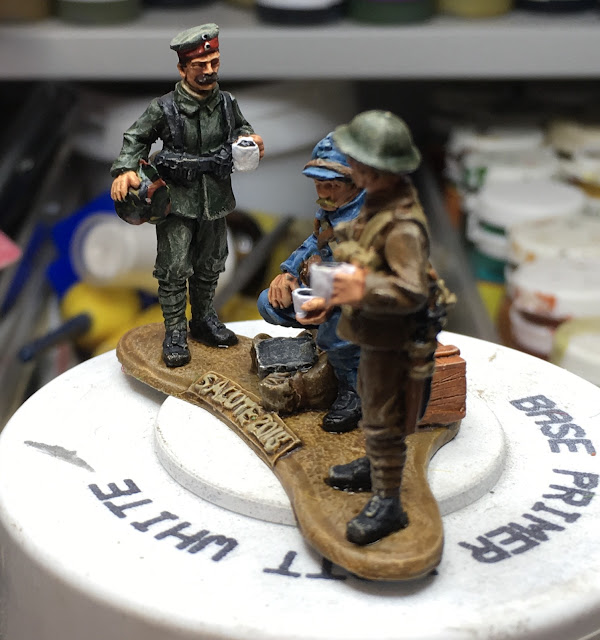 At first they were going for silly money, but after a while things calmed down and I eventually bought a set for £5.50 delivered, which I thought was very good value indeed! 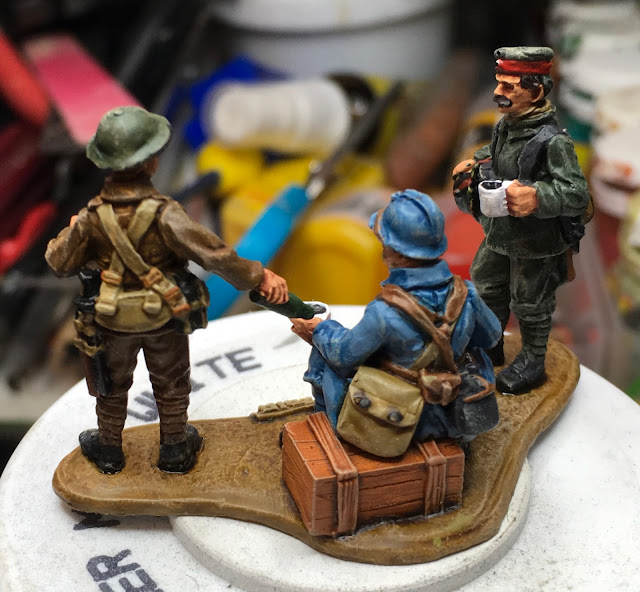 The figures needed little in the way of cleaning up and were sculpted in a less “Heroic” stature than some (as is the Perry’s style). 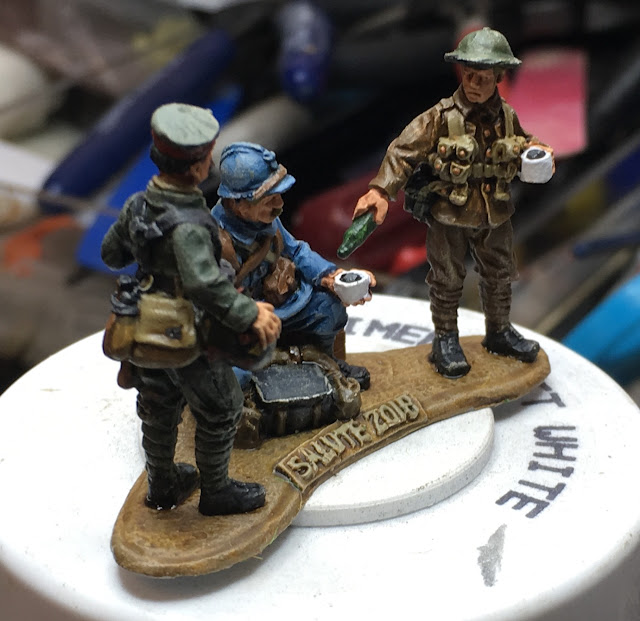 Included is a small resin base to mount them on. The wonderfully colourful box was designed by Henry Hyde and would make a suitable display backdrop. 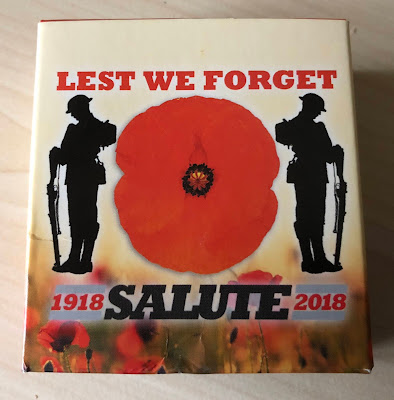 After undercoating in white, I painted them up using my usual acrylics and washes. Once finished  I think they look  and make a fitting tribute to the combatants of the Great War.