I saw these little models in the Hereford Model Centre just before Christmas and bought two as I thought they'd be just about the correct size to fit into Cruel Seas (at allegedly 1/350th scale). 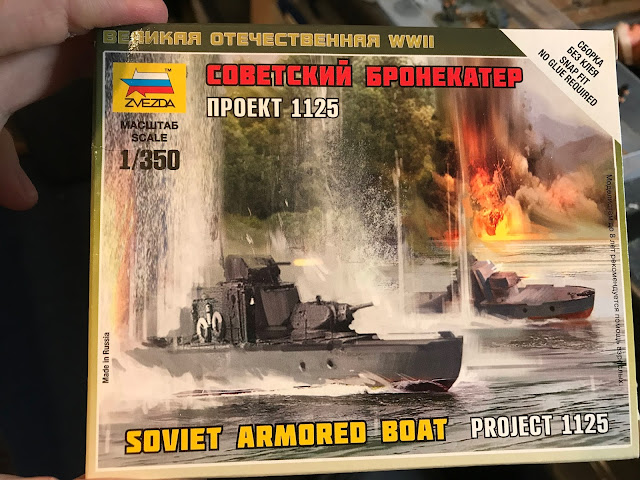 Designed to go with their Art of Tactic game, the models were simple clip together items coming on a single sprue of green polystyrene. 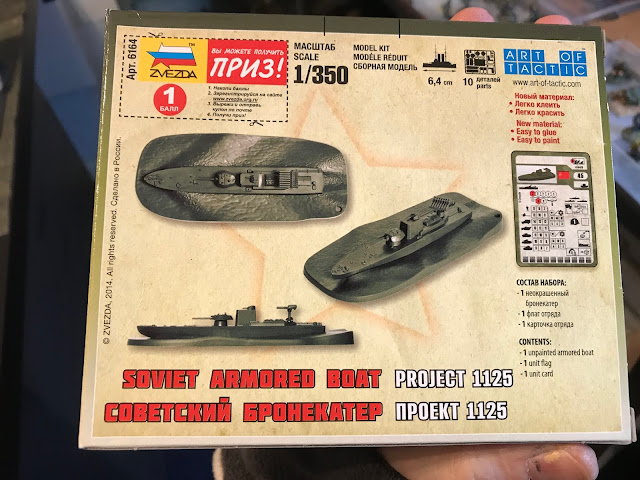 Having now built them I'm not convinced they're truly 1/350th as they seem smaller than I'd expect them to be. However, looking at on-line pictures of the real thing it wasn't that big. 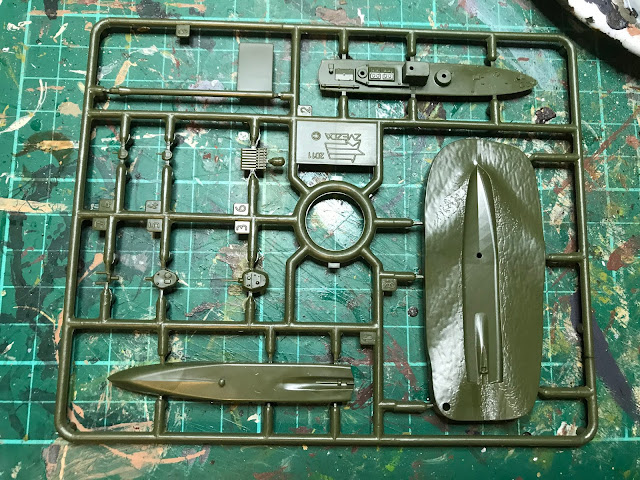 The model includes a scenic (water) base to display the model on, and of course a flag and associated hole for the game requirements. 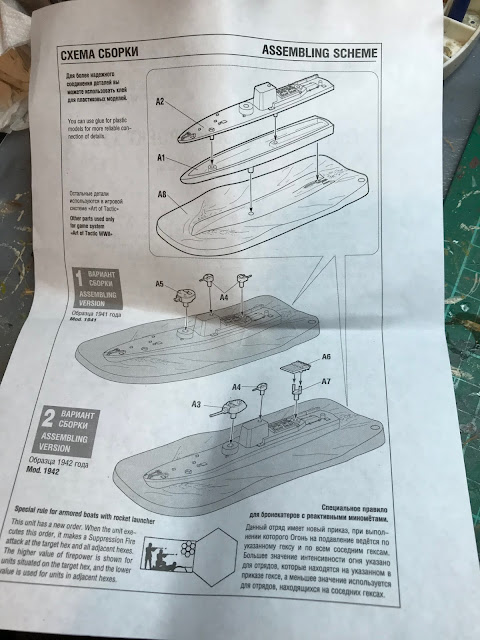 There are choices to be made...T35 or T34 armoured turret to fit and T35 MG turret or Katyusha rockets. 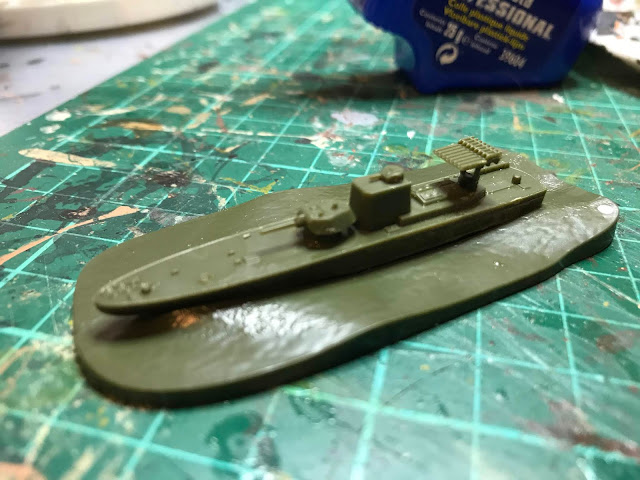 Altogether a simple, quite finely detailed little model when built. 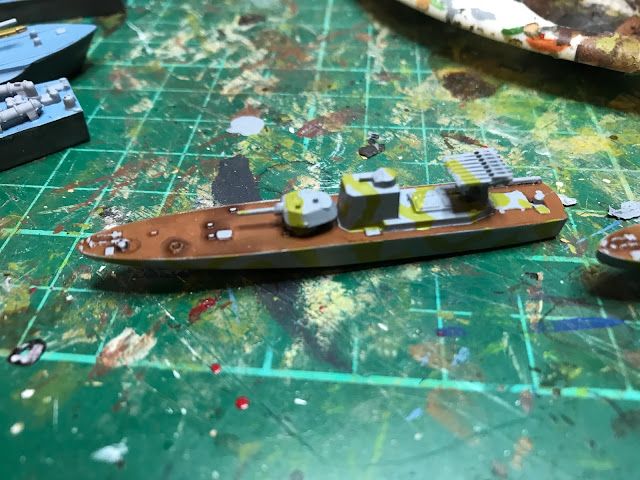 There are a number of colour schemes to choose from when you search on-line and I opted for a simple base coat of grey with light green stripes for camouflage. 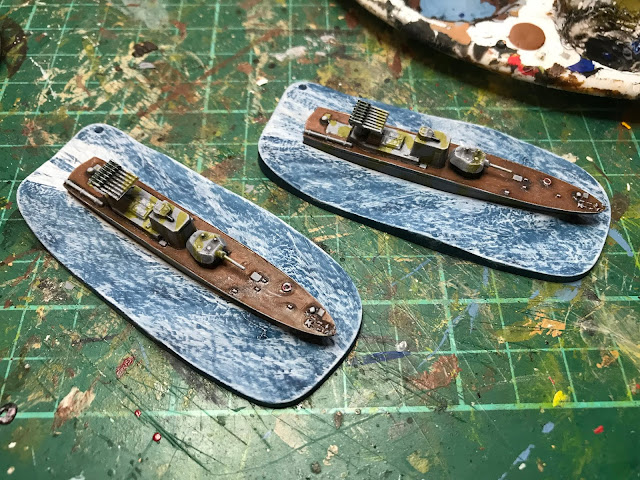 The bases were painted the same way I painted the U-Boat - base coat of a grey blue from Vallejo, followed by Army Painter blue wash. Finally several dry-brushes of white were added until the desired effect was achieved.

Not sure if they will ever see the light of day on a table, but nice enough models all the same. At only £2.99 each they won't break the bank. I'm unaware if Zvezda have any plans to produce similar scaled opposition, but will keep my eyes peeled.