While I was in the mood for painting 15mm WW1 figures and tanks, I decided that I would get out the tanks that came with the Tank Expansion set for PSC's The Great War and finally give them a lick of paint.

I'd promised myself I'd do this since they first arrived, but until now they've been languishing in their box. 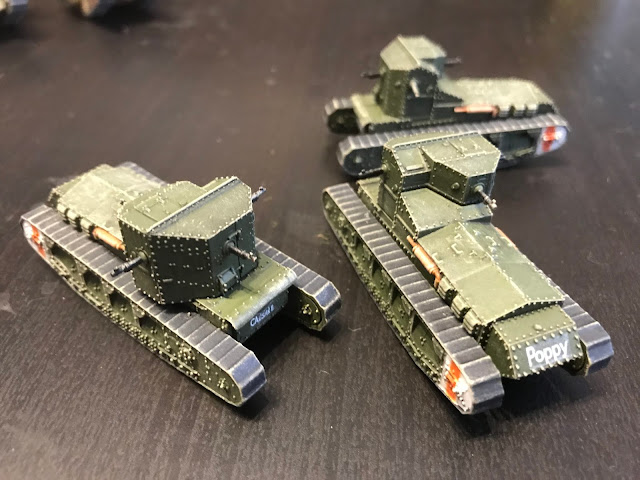 The Kickstarter stretch goals on this launch were particularly generous and I'd ended up with quite a sizeable tank force; - 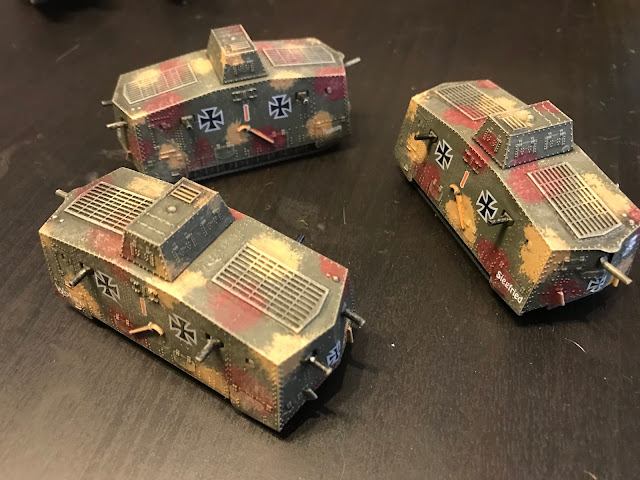 The vehicles were delivered in basic paint schemes; - 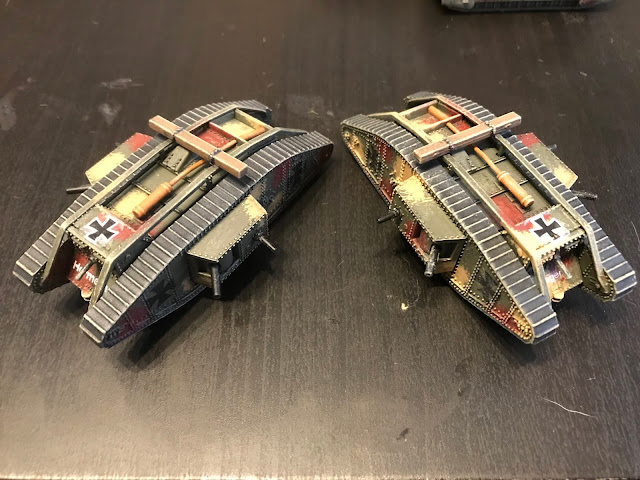 To give them a lift I painted in some detail and added a little weathering. For example; - 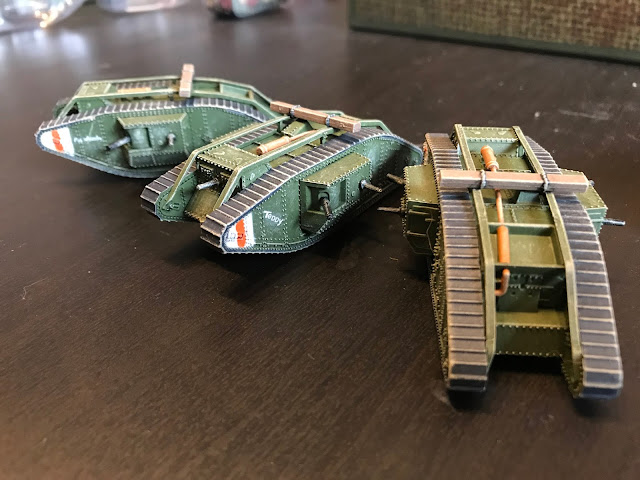 I then gave them all a Grey Wash followed by a dry-brushing of Iraqi Sand. I added vehicle name decals from the stretch goal set received with my French Army Expansion set, before a quick spray of Army Painter Matt coat. 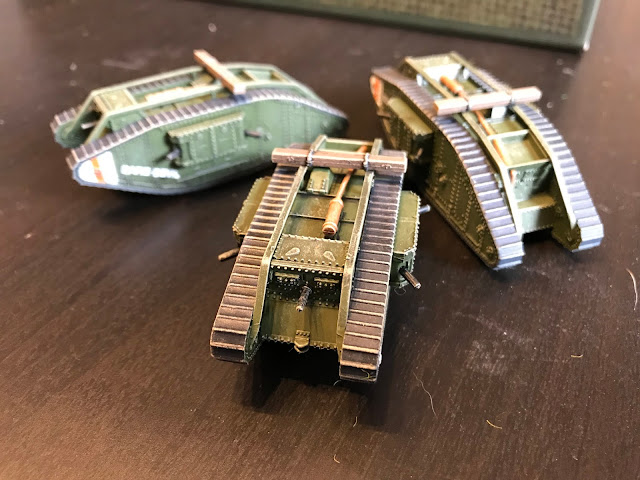 I think these now look a great deal better and will be useful for both the board game and as wargame pieces in a table top game.

They are to be honest, lovely little models, with fine detail that is crying out for a better paint job. If you are looking for 15mm WW1 tanks then look no further, they're very good value too!