I somewhat lost my painting mojo with this model, due I believe to the perceived poor standard of the figures. All in all, the gun languished on the corner of my painting table for many weeks.

I finally got going again after I bought myself a PSC Dark Yellow rattle can intending it to be used to speed up the finishing of numerous Wehrmacht vehicles kits I still have to build. 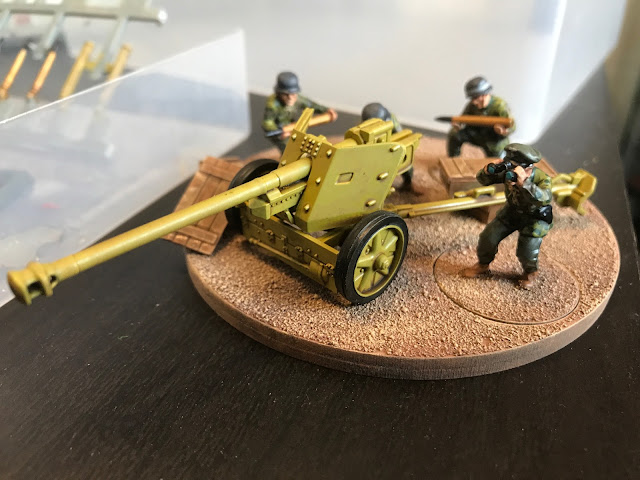 To try out the can I painted the gun and it finished it off a treat. A coat of sepia wash over the top and you could really see the detail in the Rubicon kit. 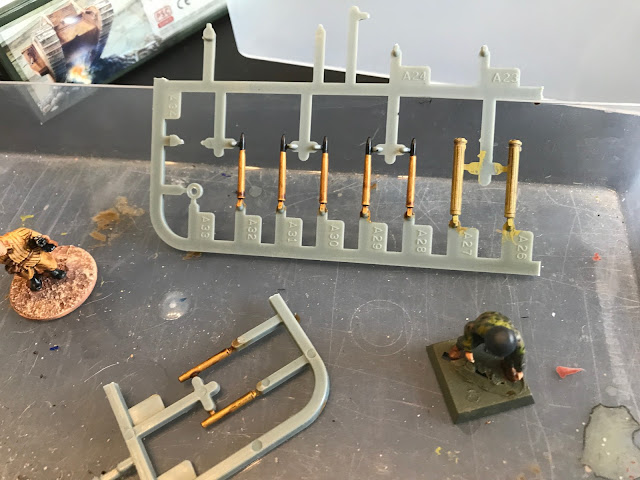 This fired me up and I was determined to finish things off.

I decided to leave three of the five crew figures removable from the base (so they were glued to the pre-cut round bases. The other two would be permanent fixtures, so the central base was glued into it's pre-cut hole. The bases were all given a coat of PVA and covered in fine sand. 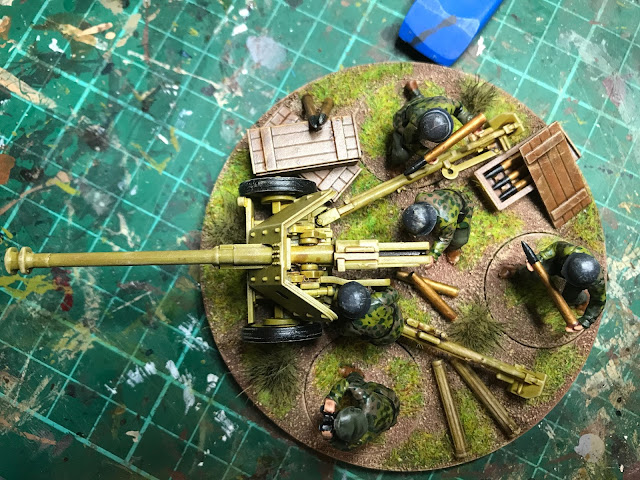 I also have a PSC German Field Grey rattle can so the figures all received a coat of this as a starter. 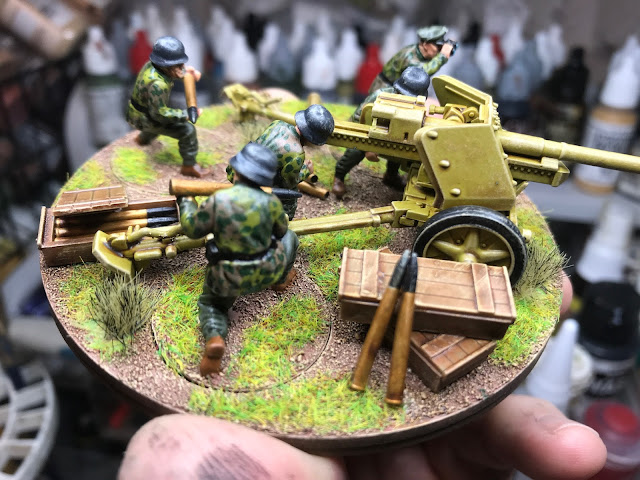 When I looked once more at the smocks the figures are sculpted wearing, I felt that my original idea of just leaving them field grey would not work. This meant I'd have to paint one of the complex camo patterns on all five figures.....this left me feeling apprehensive. 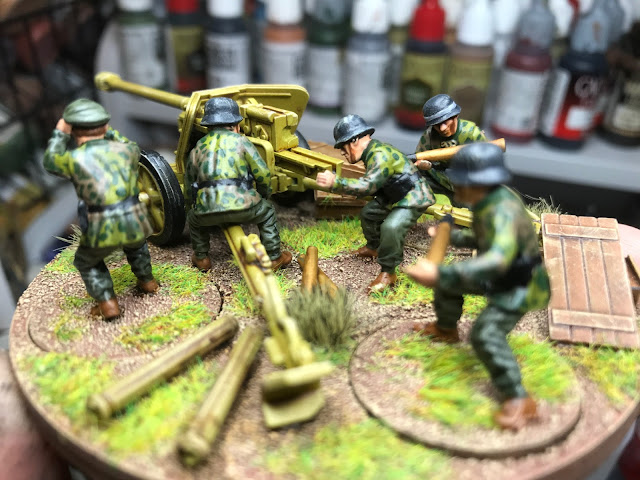 Looking at my reference books I found the Summer Oak Leaf pattern on this type of smock and the way I simulated it was;-


The overall effect I think looks just right at wargaming distances and took no time at all! 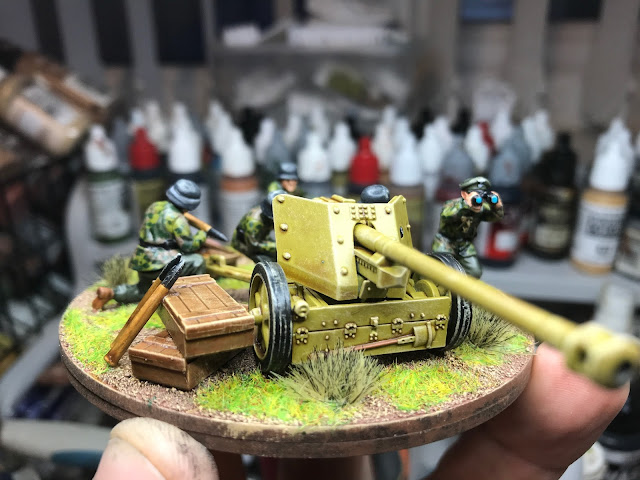 The base was painted with a craft acrylic brown colour ("Coffee Brown") dry-brushed with Iraqi Sand. There are a number of shell boxes (open & Closed), shell cases and ready to use shells which can all be added to bring the model to life. 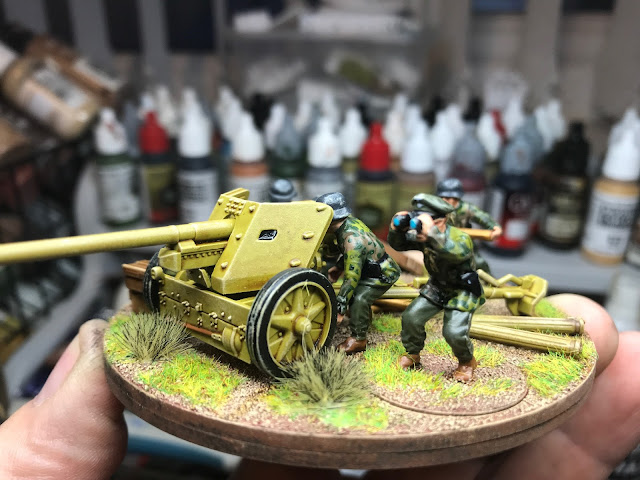 Finally after varnishing (on reflection I need to apply the Matt finish again as there is a slight sheen picked up under the lights), the addition of flock + a few tufts completed the model. I am now happy with the finished article and enthused enough to get back on with my 28mm Bolt Action/COC pile of shame!