We I am somewhat of a wargaming butterfly and love to try something new!
Enter Citadels Contrast Paints!

I read about them and watched the videos (just like many of you, I guess) and my curiosity was piqued. The concept wasn’t entirely new to me…I’d experimented over the years using washes over white undercoat as well as brush applied Vallejo Air paints to get similar finishes. What I liked the idea of was these paints were designed to do this job from the outset.

I initially bought a small selection (red, yellow, green & flesh) and was so impressed I quickly went out and bought five more (3 browns, black and blue). Sorry I can’t remember all the silly names….


So far, I’m using them to paint up some 28mm Warlord ECW figures that I plan to base up for Pikeman’s Lament. Being such vivid colours, they are better suited to the older historical figures rather than 20th Century combatants.

I started by undercoating the figures using Wilko’s Matt White spray primer (£4 per can).
You need to have a painting strategy to get the best from the paints. I logically paint the figures starting with the flesh, followed by large areas of clothing before finishing with belts, straps, shoes etc.

As the paints are quite thin they do not cover one-another at all. If you over-paint an area, touch up with a strong white acrylic (I use Vallejo Game Artic White) before applying the next coat.

I find that whilst thin, they do not run unnecessarily, but flow onto the figures and cover very well.
To my mind they do just what they set out to achieve in that the paint gathers in the areas of folds giving shadow and show the white undercoat through on high spots, creating high-lights.

Over the white undercoat they are bright, cheery colours which I think look great on ECW figures. I haven’t used any other primer colour so cannot comment of what effect they may have.

Initial thoughts are very positive. They are not cheap (rrp £4.50 per 18ml pot!) but I foresee them going a long way as coverage is very good. They are very quick to use – I painted one of the 28mm figures in the illustrations in about 15 mins start to finish! 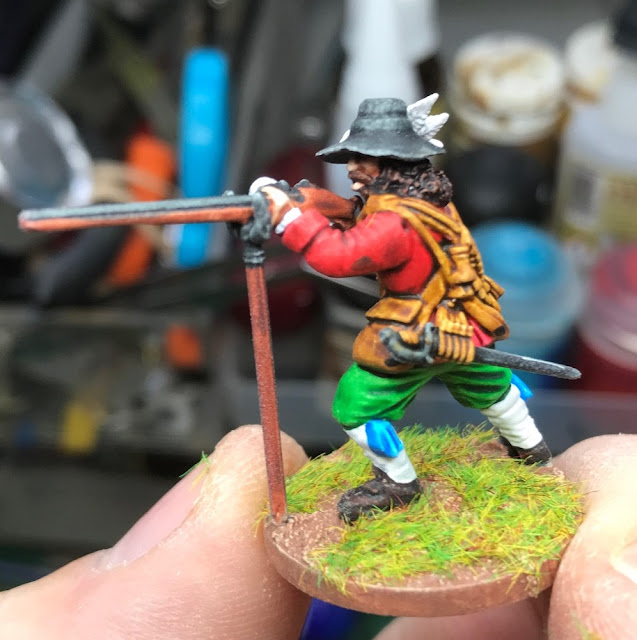