I picked up this box at a Firestorm Games table sale for just £15. 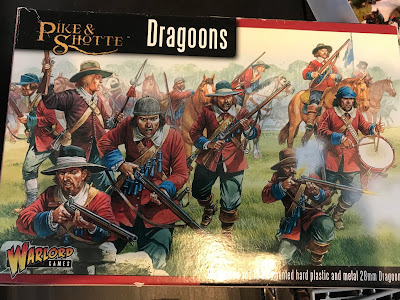 The set consists of 12 white metal foot figures in three poses + Officer, Standard Bearer & Drummer as well as white metal mounted versions of each figure with plastic horses to suit - 24 figures in total. 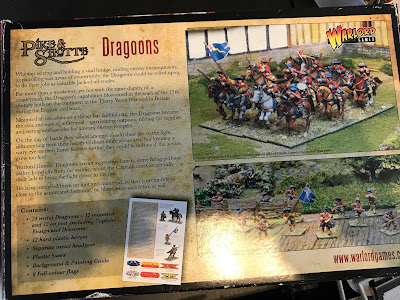 In addition there is a two sided information sheet that incorporates a number of printed banners. 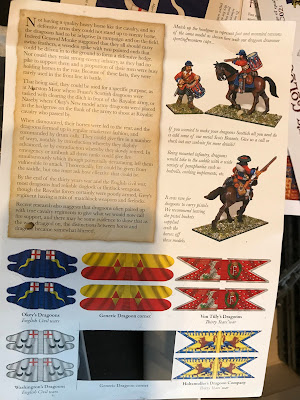 The figures are very characterful, requiring only minimal cleaning up. 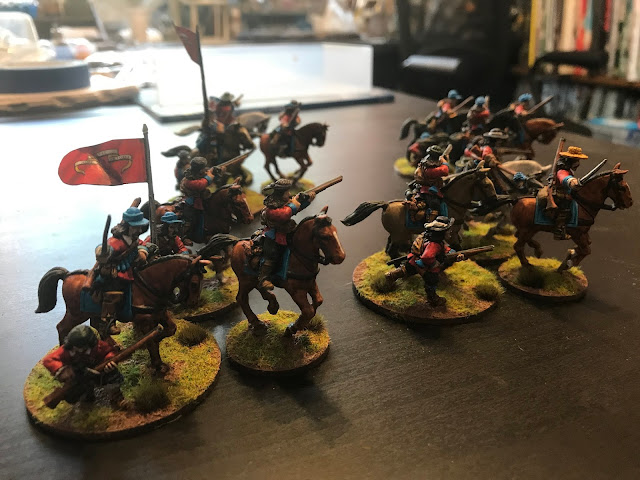 The mounted figures are particularly nice as they incorporate the figure's personal possessions strapped to their saddles - lanterns, cooking pots, wine bottles, chickens(!) and rabbits(!). 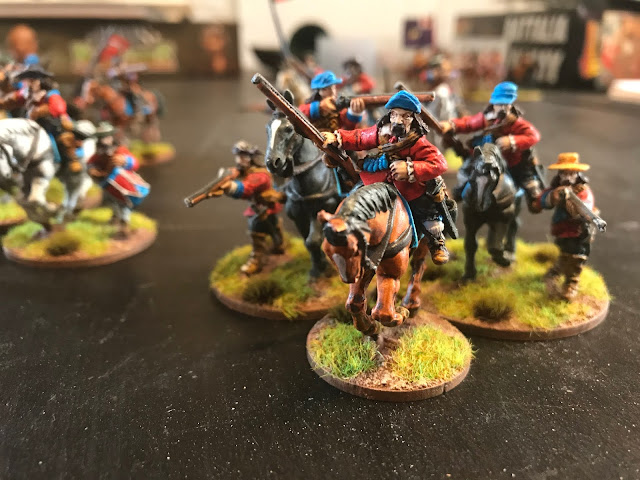 I chose to give these a simple coat of Wilko's Matt White Spray Primer, and once dry, the bulk of the painting was done using contrast paints. 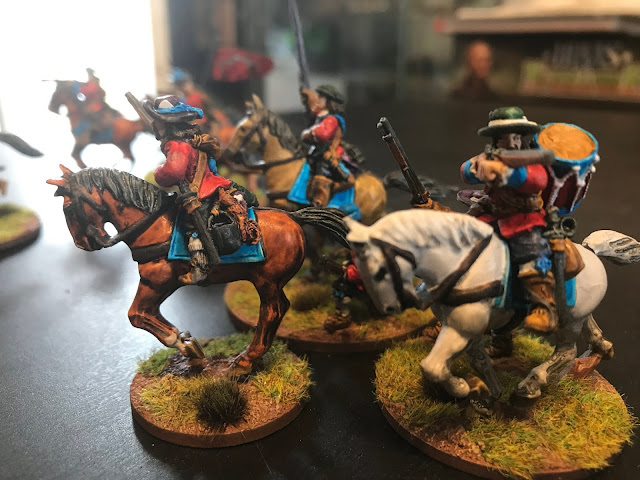 When completed I based them according to the guidelines in the rule book; - 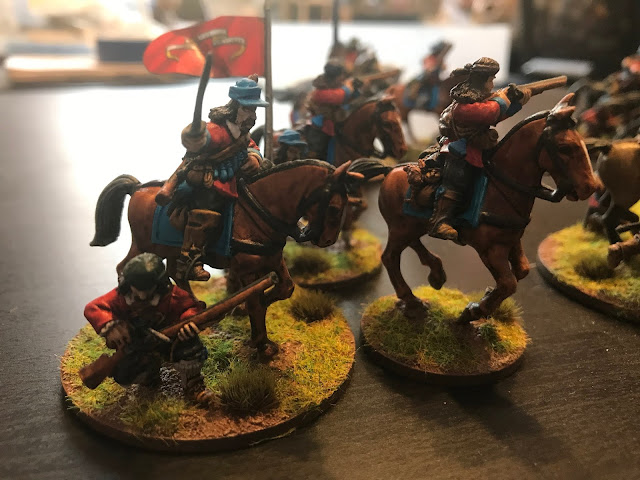 Each group of six figures count for 6 points if you class them as veterans. 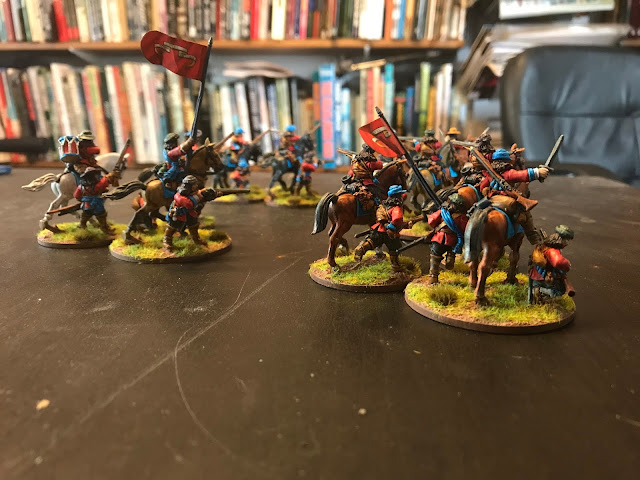 Therefore  four six man veteran groups come in at 24 points - one complete Pikeman's Lament army. A nice easy way to create a flexible force you can get on the table in double quick time.
Posted by TimsTanks at 09:38