A rather busy period just lately has limited my blogging, culminating with a 2 week stint of Grandson amusing during the summer holidays.

What better opportunity than to introduce him to the ways of the tabletop game!

As an introduction I dug out the very same game I'd used to try and entice his father & uncle all those years ago ....DungeonQuest (2nd Edition).

Whilst I failed to keep them in the hobby, I could be lucky with the next generation, you never know.

DungeonQuest is perfect for an introductory gaming experience. The gaming mechanisms only take minutes to learn and as long as someone (i.e. Gramps) has an overview of the main rules and the various card decks, you're away.

It can be a very exciting game, though I always thought it was very difficult for someone to actually complete and win.

Charlie was getting the hang of it after three games, choosing to rest his laurels on treasure found during room searches rather than chancing it with the dragon. This probably makes good tactical sense and at least gives you a chance of leaving the dungeon in one piece.

Great fun had by all.

This caused his uncle to comment on the "good old days" when he played HeroQuest as "James the Quick" the adventurous Dwarf. 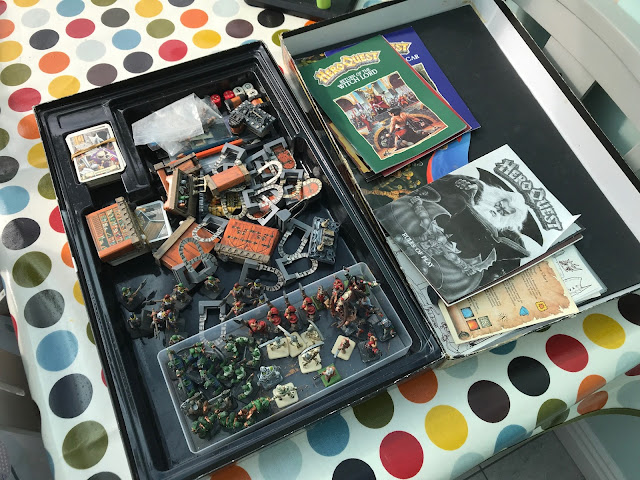 Now I'd forgotten all about this pioneering dungeon crawler! I still have it on the top shelf and thought this might be the next step for Charlie's induction.

Getting it down and examining the contents left me shocked at how much my painting style has improved since 1989. 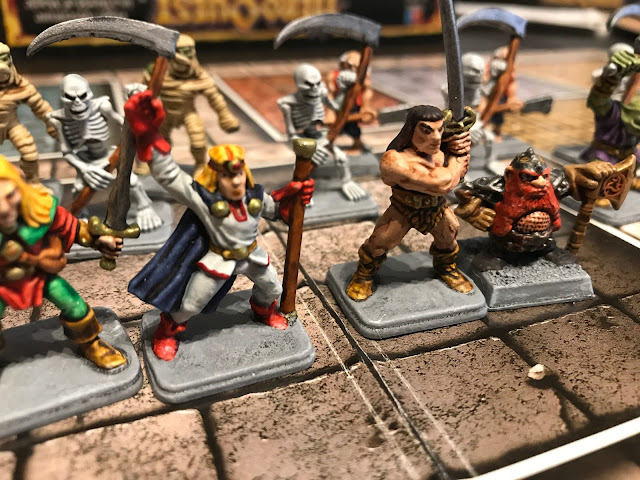 No option...they're going to have to be repainted. An ideal test for Citadel Contrast paints I think! 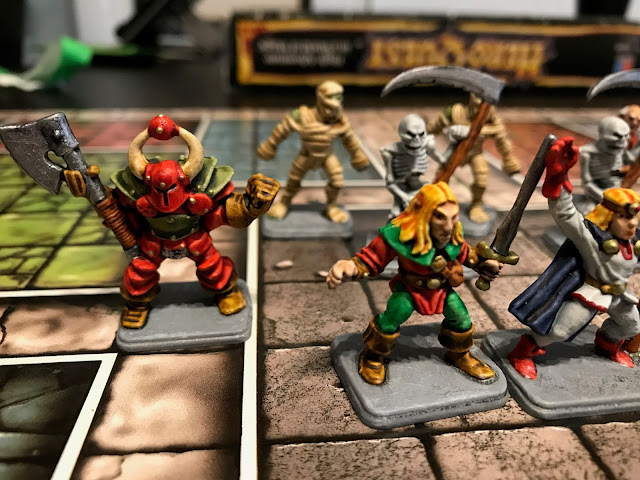