During our recent tour of the D-Day landing beaches, my friends and I were introduced to a character who has since become one of my all time heroes - CSM Stan Hollis VC. 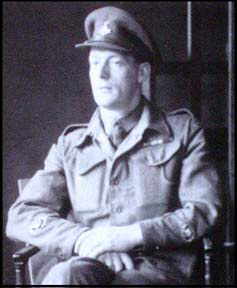 This incredible man was a real life Captain Hurricane (for those of you old enough to remember Valiant Comics!) who won the only VC to be awarded for actions on D-Day itself. 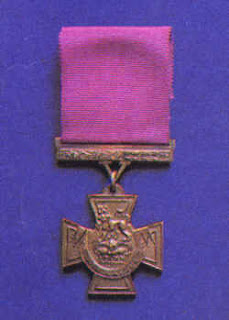 He won the medal for two separate acts of immense bravery -
You can read this guy's inspiring life story in D-Day Hero: CSM Stan Hollis VC by Mike Morgan - I thoroughly recommend it.

When I returned I wanted to bring some elements of D-Day into my gaming and was pleasantly surprised to find that Battlefront produced a "Hero" Figure of Stan Hollis for their Flames of War gaming system.

I'm no fan of FoW but liked the idea of representing CSM Hollis in miniature so I ordered the set from Firestorm Games for the princely sum of £1.04. 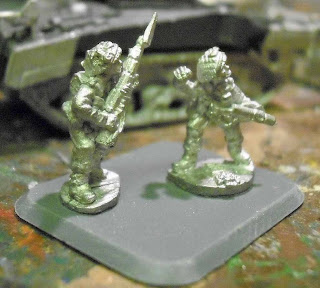 You get two figures + a small plastic base. One figure is just a supporting infantryman armed with a No.4 Rifle and spike bayonet. The other figure represents Stan himself armed with a Mk2 Sten and a 36 grenade. 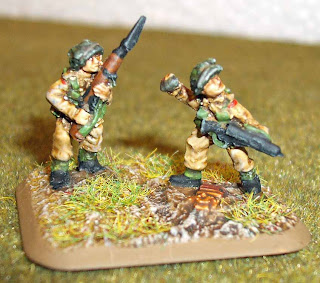 Both figures are in battle order webbing and appear to have MkIII (Turtle) Helmets. Nicely sculpted, the Hollis figure even has an (over-scaled!) representation of a VC between his legs.

All in all a nice little distraction from the usual. The finished figures look great - whether I ever use them on a table? Well that's another question.......