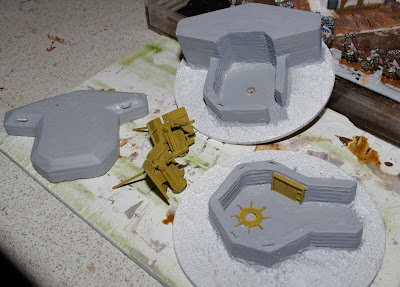 After spraying matt white primer the first base colours were Vallejo Light Grey on the concrete parts and Desert Yellow on the guns and ammunition locker doors. It was only when I came to paint the concrete roof that I realised this too was pre-drilled to allow camouflage loops to be added. Once again these were made from thin plastic rod (See left of picture). It was also at this point I realised that the gun mount cast into the open pit was in the wrong place. These pits were designed to have 360' traverse. With the gun fixed here its only got about 90' of traverse. It looks the part, but if AW ever re-tool they could do to put this right. 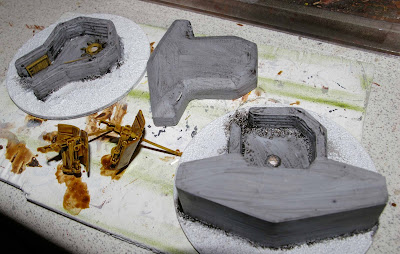 When dry, the grey painted bits were given a coat of Vallejo Black Wash and the guns were dipped in Vallejo Sepia Wash. 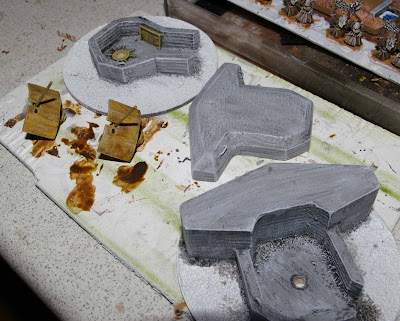 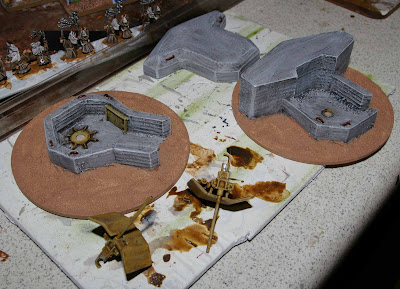 The textured base was given a coat of "Anita's" Chocolate acrylic craft paint. The re-inforced steel hoops were painted red brown and when dry, given a wash of Vallejo Smoke Glaze to give a rusty appearance. 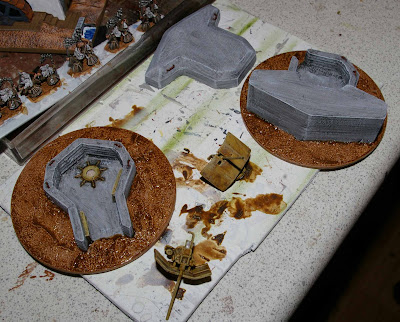 Once the base earth colour was dry this was given a coat of Vallejo Sepia wash. 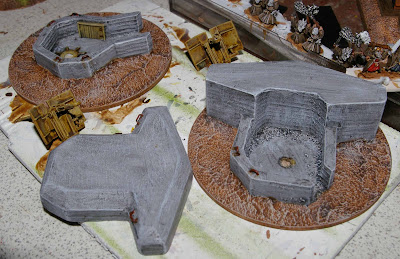 The last painting step, drybrushing with Sand the earth base colour. The models were now left overnight to thoroughly dry, and then given two coats of spray varnish. 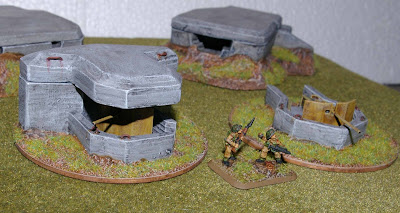 Finishing touches - PVA glue and Jarvis flock. My Stan Hollis figure is shown "Storming" the bunkers for scale.
Conclusions:-
Pro's
Con's
Overall I'm really chuffed with these two models. My last two points are being really picky to be honest. Thoroughly recommended.
Posted by TimsTanks at 14:51