I've reached the point where all the figures have been removed from the sprue, and touched up, ready for varnish spray. 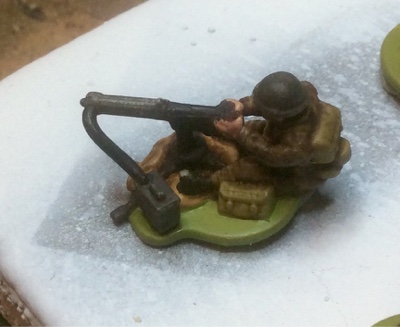 I managed to remove all the Brits without breaking a single bayonet. The secret is to cut this connection to the sprue FIRST. Use decent side cutters to do so and you remove the tension from the figure, so when you gut the other sprue connections the natural springiness won't break the bayonet. 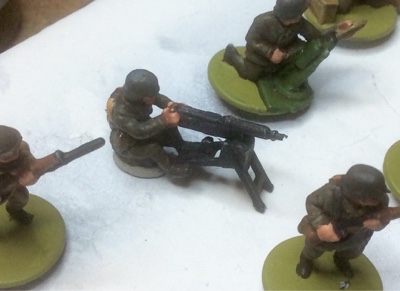 The mg gunners were a little fiddly to assemble, but not show stoppers. 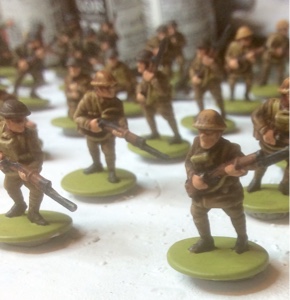 It's a shame that three British figures are connected to the sprue by their helmets. These are almost impossible to clean up well. You inevitably loose the domed finish of the Brodie helmet. I wish PSC could have done this to figures with hessian covers, as it wouldn't have been so critical. 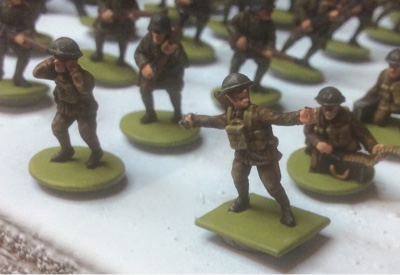 Just at the last minute, while cleaning up with a very sharp knife, I slipped and took off a bayonet! Doh! 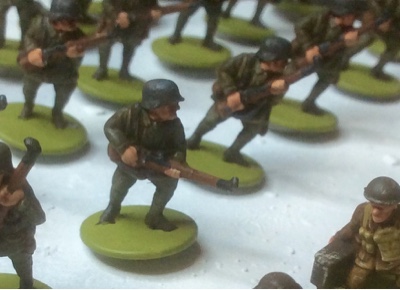 I'm off to spray these with army Painter Matt varnish now. To I think this will protect them enough from day to day handling, and storage together in a box with the game parts.
Posted by TimsTanks at 20:32