Progress is slow but steady on the Irregular Miniatures delivery I received a couple of weeks ago. 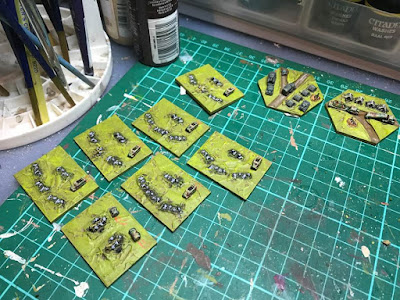 All the figures & vehicles have been based and painted and are now awaiting the addition of a bit of clump foliage to represent trees and bushes. 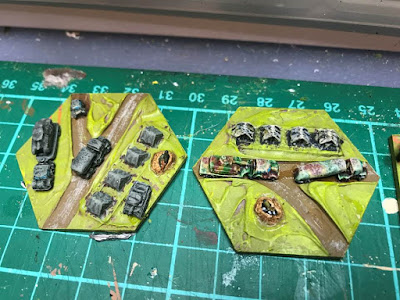 I've created Allied & Axis supply tiles. I chose the hexagonal mdf bases (50mm) so they stand out on the table and do not get confused with fighting units. Each contains a selection of tents, fuel tankers, tank transporters, spare vehicle models and an anti-aircraft gun emplacement. I'm quite pleased with how these have turned out. It was a shame that one of the AA emplacements (on the left hand base) was miscast, but once painted you don't really notice. 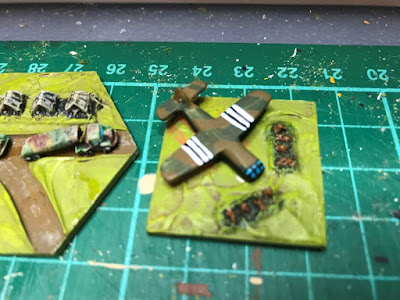 Whilst I was at it, I created an airborne landing marker using the new Irregular Miniatures Horsa Glider model (60p each). I know it's not actually a requirement of the rules, but I thought it would be nice to indicate landing zones in any D-Day type games. I will need to produce a few more, but again, I'm pleased with the prototype. 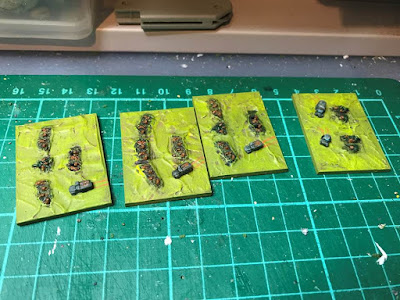 These are my Allied Armoured Infantry - indicated by the addition of an M3 Half-Track per base. The right hand base is a 25 Pounder Battery. 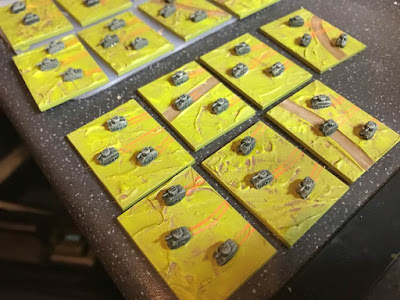 Up until now, my Allied Armour consisted only of Cromwell tanks. Now I have the choice of a Sherman equipped brigade as well. 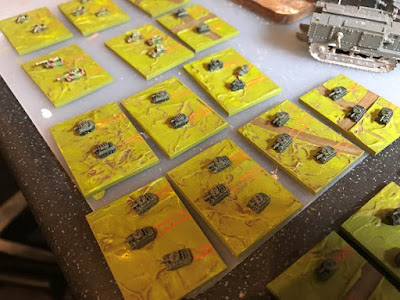 I've also added some Achilles Tank Destroyers (3 bases each with two models to differentiate them from tank bases), additional Cromwells to make up a full brigade and a Sexton battery (well M3 Priests really). 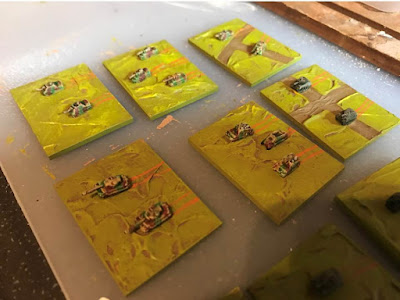 Finally I bolstered the Panzer Lehr Division with additional Panzerjager bases (2 x Jagdpanthers per base), a Tiger I platoon (nearest the camera) and a self-propelled artillery battery (2 x Wespe + Sdkfz251 Half-Track).

As well as this I've two more BUAs nearly finished and I added an Sdkfz251 to every Axis infantry base to indicate that they are all armoured.

Each base has had a sheet of self-adhesive ferrous paper attached ready to receive a magnetic data label. Hopefully by Xmas these will be ready to venture out onto the table.