I received Battlefront’s Hammerfall starter set for Team Yankee as an Xmas present. This contains 5 AFVs, rules, dice, some cardboard 2D terrain and a quick start guide. Very good value if you ask me as it’s advertised as £22.50 from Firestorm Games. 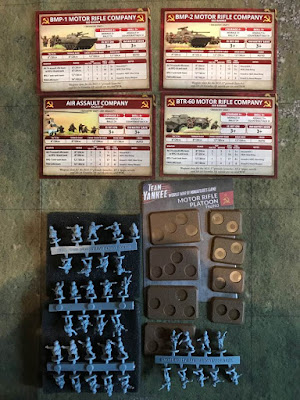 To increase the variety I decided to treat myself to the new plastic Soviet infantry that Battlefront has recently introduced. In addition I went for the support weapons set as well. 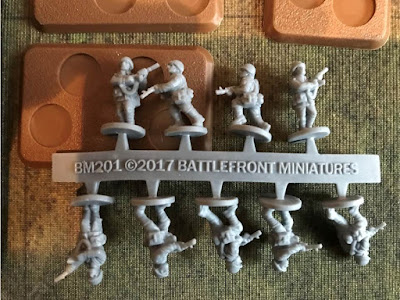 These figures (I believe) are based on the original sculpts for the white metal figures that came with the launch of TY and are moulded in a slightly flexible ABS material. 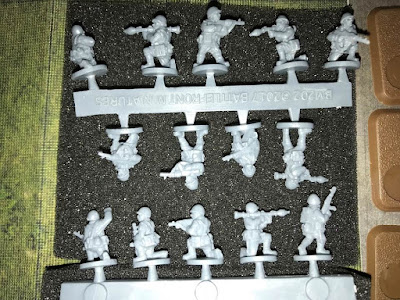 The figures all appear to be cleanly moulded (no flash) and as the material is flexible, it has allowed quite complex shapes to be recreated (unlike PSC figures that are sculpted to match the moulding process). 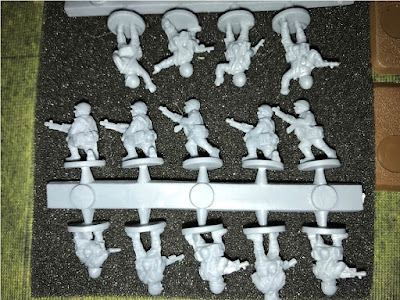 There was some evidence of bending to weapon tips, but this is easily rectified by immersing the entire sprue in near boiling water. The ABS internal memory kicks in and the parts return to their correct shape and immediate immersion in cold water retains the shape. 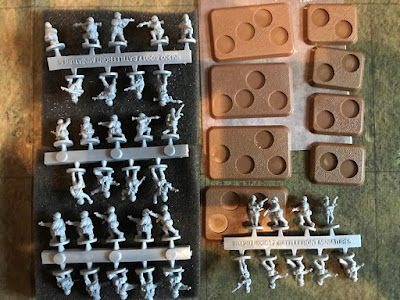 The figures don’t take normal plastic adhesive, but seem to glue just fine with super glue. Those needing the minimum of assembly were the SPANDREL launcher figure and the AGS 17 Grenade launchers. 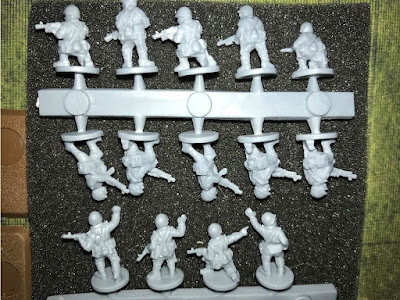 The infantry platoon set was just £5.40 from Firestorm, and whilst the blurb on the Battlefront site states that there are sufficient figures for 4 medium bases (4 figs each) and 4 small bases (2 figs each with RPGs) there were in fact four sprues containing 37 figures in my pack….what a bargain! 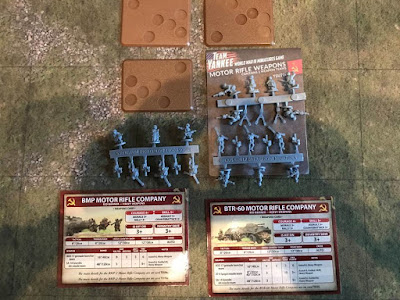 These include figures with AK74 + Underslung Grenade Launchers, Figures with RPK74 LMGs, an officer, Radio Operator and NCOs as well as infantry with AK74 and RPG18s, RPG7s etc.
All nicely detailed and well moulded. 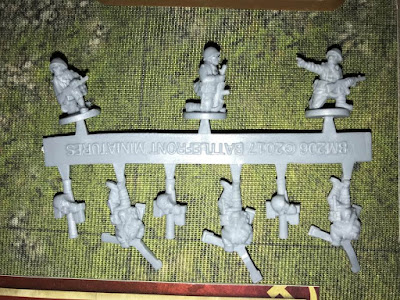 In addition there are unit cards for the game. Theses cover all the possible APC combinations allowed, BMP1, BMP2 & BTR60. There are only sufficient bases included for the stated amount so if you want to use the extra figure you’ll have to raid your spares box. 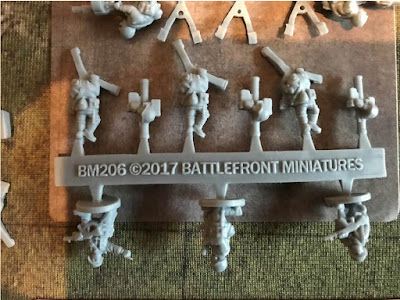 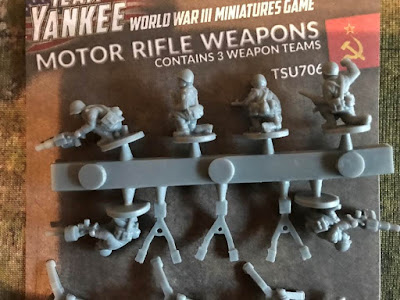 The Spandrel launchers and AGS17 need minimal assembly, as discussed above. 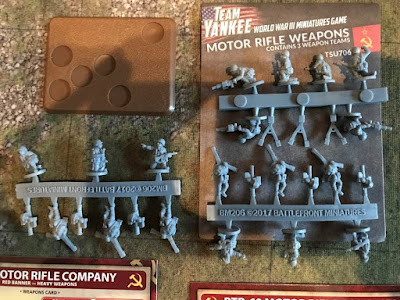 These new style figures, moulded 9-10 per sprue, invite painting whilst still attached as most are connected to the sprue via the underside of their individual base. This will save time with mounting on lolly sticks!

I will post some more pictures as I start to paint the figures. First impressions are very good.
Posted by TimsTanks at 10:34