Well just like so many of us Wargaming Sheep, I followed the calling and bought myself the new TFL Rules Set “What a Tanker!” 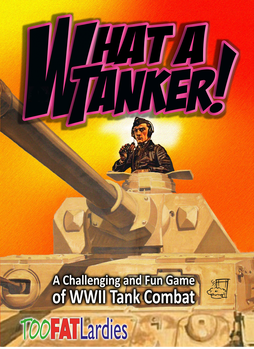 I was drawn in by the launch offer of hard copy, pdf copy and all the tokens for £24 – how could I refuse?

As ever the order arrived promptly and having had a quick flick through, look to be produced to similar standards to CoC and IABSM. I love the Commando Comic references in the artwork …..needless to say I was raised on these stories and it’s probably where my interest in WW2 stems from in the first place.

I’ve always liked the idea of a tank skirmish battle that doesn’t take itself too seriously. I tried GF9’s “Tanks” but was somewhat disappointed with them. Some of the manouvres allowed by the rules were just wrong and of course there was nothing to stop any megalomaniac opponent fielding the world’s supply of Tiger tanks!

I’m therefore hoping the TFL offering will better meet with what I was looking for.

Now I’m not planning to write a review – plenty of other people can do this far better than I – but I do plan to post my preparations for trying them out and perhaps an AAR.

First decision -  I’d rather try the rules using a smaller playing area – my 4’x3’ Deepcut Mat. So I looked at using my existing 1/200 AFVs.

Second decision - I’ve decided that my eyes are perhaps too old for this, so I’m going to try them out using 1/144 (n scale) AFVs instead – using cm instead of inches.

Much of my existing 10mm scale terrain works well with either scale,  so I’m good to go there. I also have a few Dragon 1/144 models in my display cabinet, but decided to leave these be and to create some new playing pieces with my 3D printer. 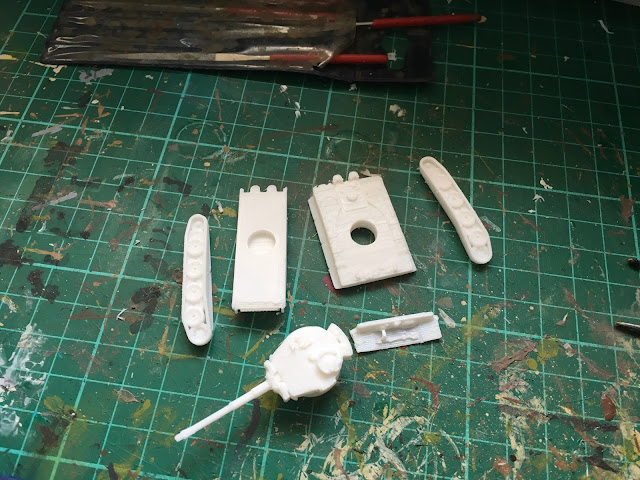 You can see from the pictures that I’ve tried a few new printing techniques to reduce the amount of cleaning up of support material they require. The Sherman, Panther & Tiger I models were all Marco Bergman files printed “disassembled” after having been revised by Chanson836 (Found on Thingiverse). 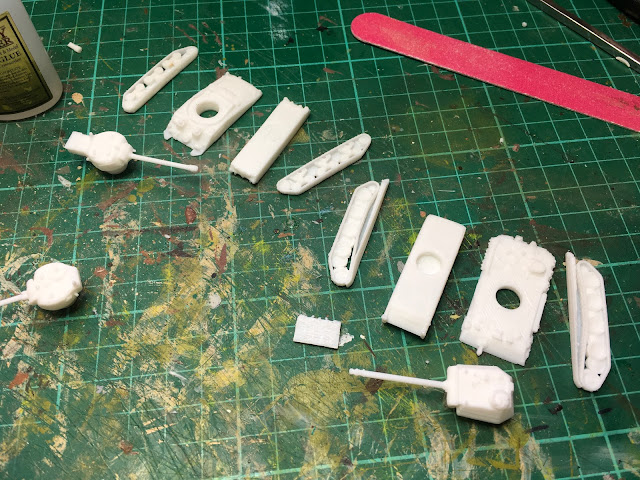 After cleaning up the models were straightened using the hot/cold water technique, before supergluing them together and filling any gaps. This, believe it or not, takes much less time to complete that cleaning up a solid model (like the Cromwell, Challenger & Comet that took about an hour to rid them of their support material) so has proven to be a great success. 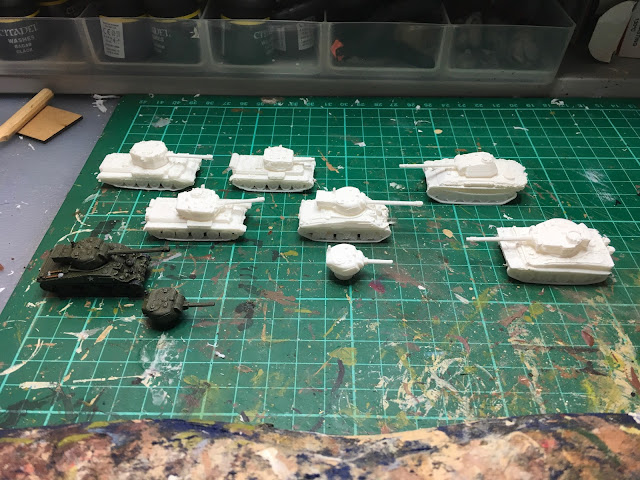 Whilst the level of detail on these miniatures will never match a Dragon model, they easily pass the “Two Foot Rule” i.e. they look great from 2 feet away! Plus, as they have been created from proper scale drawings they are also correctly proportioned – something not all our current n scale manufacturers are able to claim! 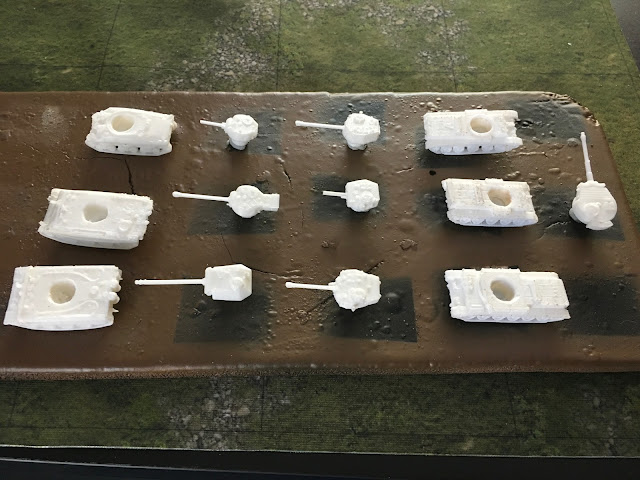 Once completed the models were all given a light undercoat of white primer before finishing in their national colours. 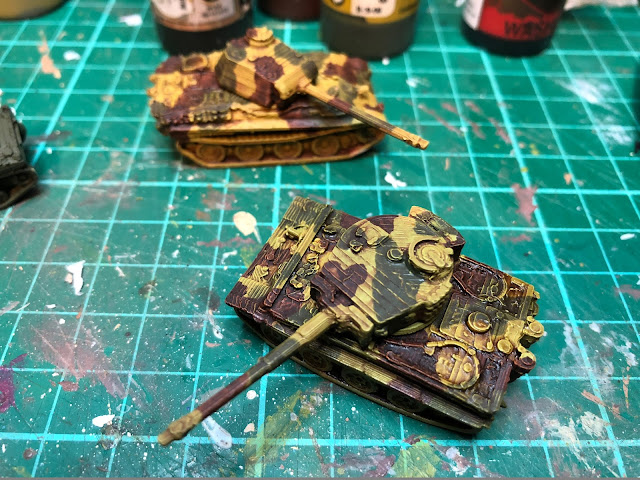 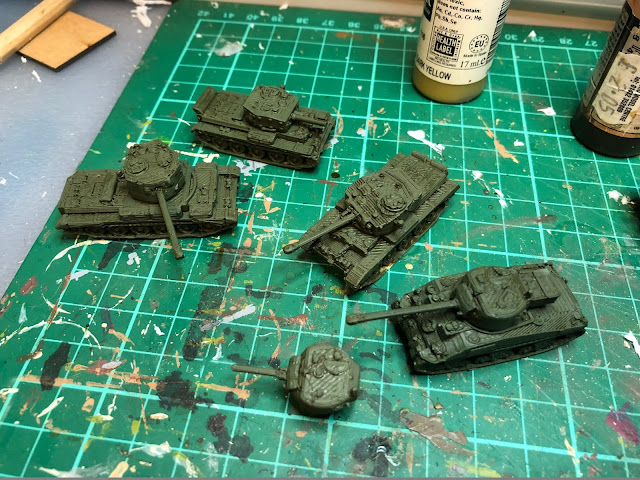 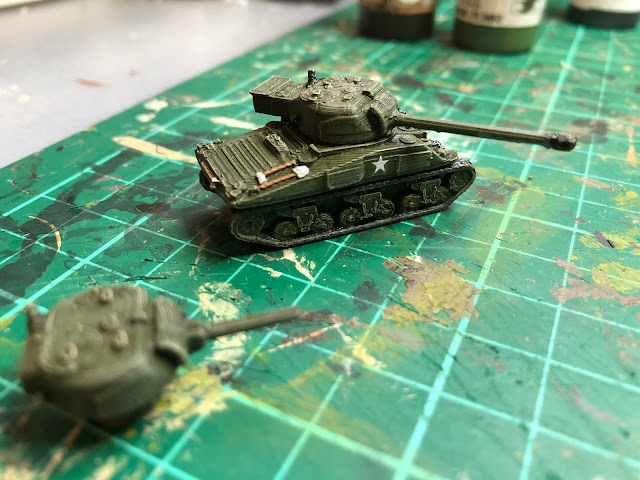