Move Four. The Panther has a clear line of sight to the advancing Cromwell. The target is acquired, aimed at and a shot taken. To my surprise this only resulted in temporary damage and the reduction in command dice to 5D6. 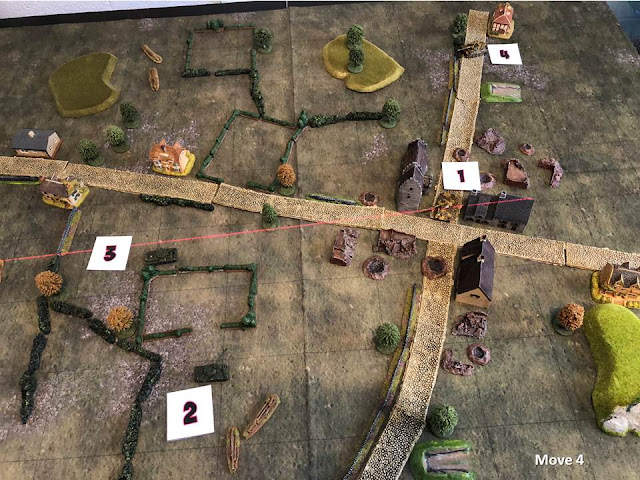 Bizarrely, a return shot from the Cromwell’s 75mm resulted in a mirror image result to the Panther! 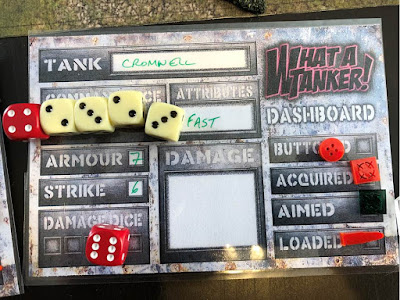 Finally Tiger and Firefly both manoeuvred into better firing positions ready for the next turn. 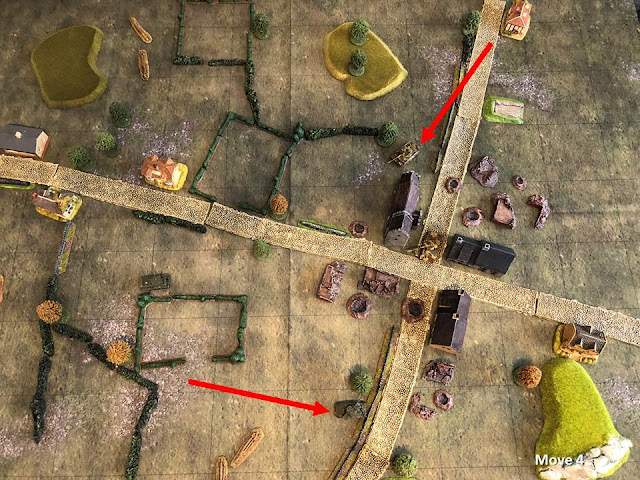 Move Five. The Tiger had the initiative and took a first shot at the Cromwell causing the crew to bale out.
The Panther failed to get the dice scores to shoot at the Firefly ……everything but the 4 to shoot and no Wild Dice to be seen! Then the same thing happened to Firefly leading to a stand-off. 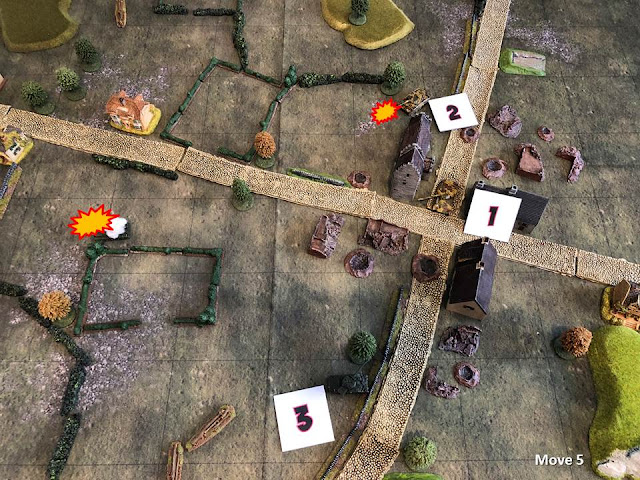 Move Six. The Tiger, however, continued its slow advance and took up a firing position against the Firefly. 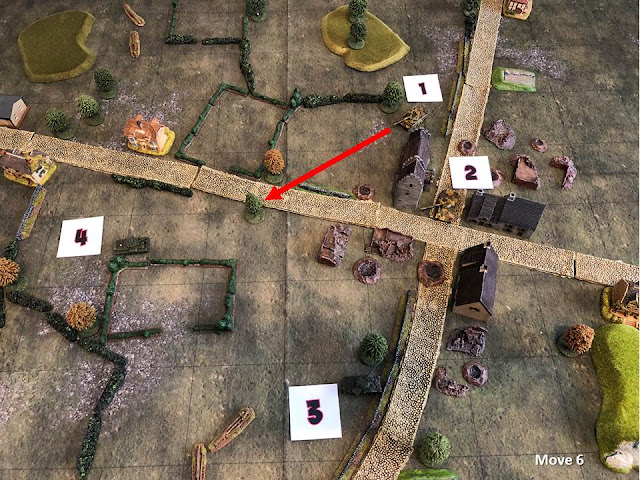 Critical hits against the Firefly left it burning, but the crew baled out to fight another day. 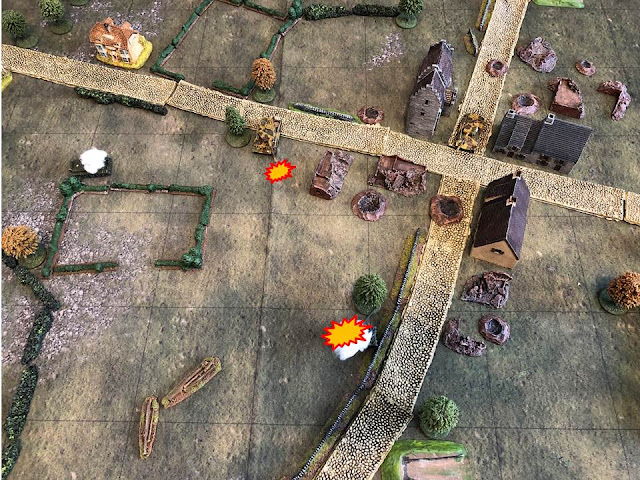 Not an altogether unexpected result given the points imbalance, but a god (if very quick!) game all the same.

The switch back to inches from cm. was a success making things far more dynamic and fast paced.

Once I got into shooting, the mechanism really is very simple and I managed to survive off a quick play sheet I downloaded from the TFL Yahoo group’s pages.

I rather enjoyed myself as this works very well solo. There’s plenty of unpredictability built in (praying for the right command dice etc.) so the inevitable “helicopter” overview doesn’t matter at all.

I think I got the terrain density about right. It provided sufficient cover if you chose to use it (Cromwell crew please take note) without slowing movement down too much.

Whilst I only played two tanks per side, the rules are simple enough that I could have easily fielded twice that many.

I shall definitely be back for more….

Email ThisBlogThis!Share to TwitterShare to FacebookShare to Pinterest
Labels: 3D Printing, What a Tanker