I've been putting a bit of a spurt on just lately with my 28mm WW2 lead mountain. I've always wanted to play a bit of Bolt Action/Chain of Command but didn't have all I needed in 28mm to do so. 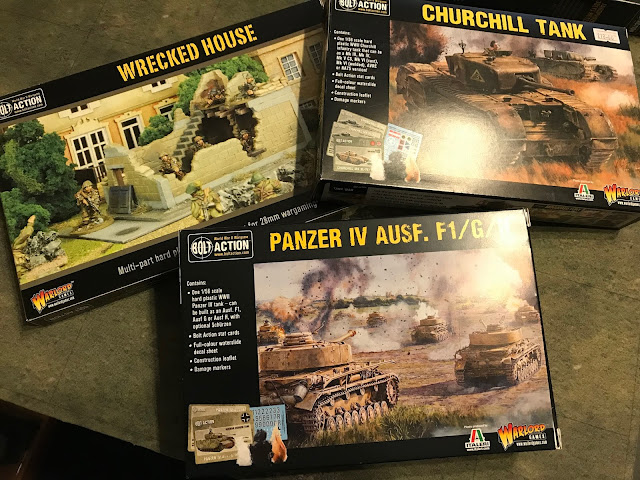 Having picked up some bargain Black Tree Design WW2 Germans, Russians & Fallschirmjager earlier this year this has enthused me to get painting them once again. 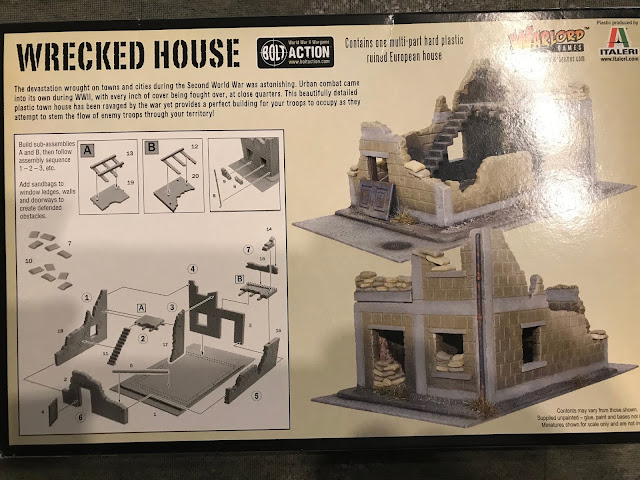 However I had little or no AFVs and lack terrain pieces in this scale. So a recent trip to Reveille II and Firestorm Games  helped with building up my collection over recent weeks and now have a number of projects underway. 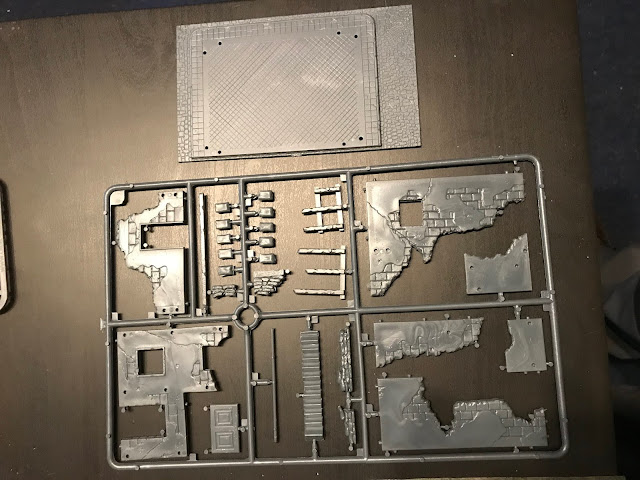 I'll cover the AFVs in another post, but wanted to share with you the Warlord Games/Italeri Wrecked House model first. 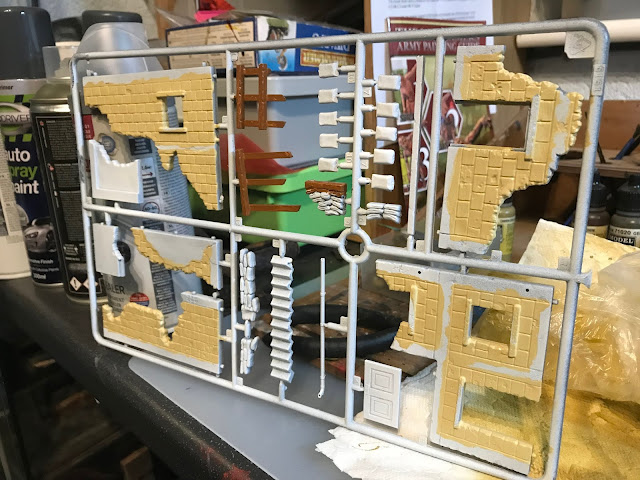 This piece appears to be a collaboration between the two manufacturers and is interesting sold by Warlord as 28mm (1/56th) and by Italeri as 1/72nd (20mm)!?! 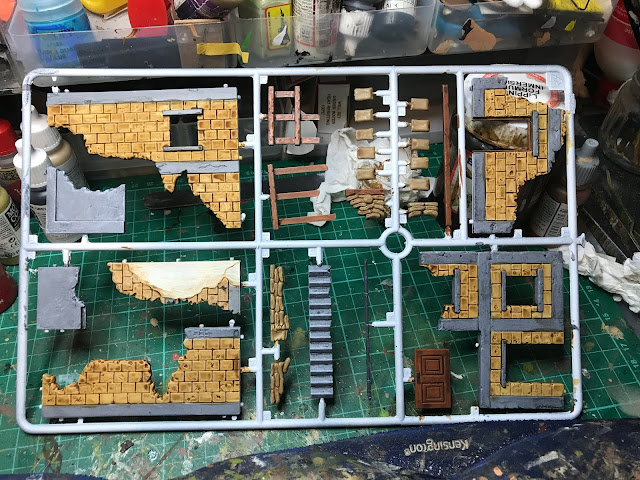 Now I've assembled it I would say its somewhere in between, so will suit either scale. 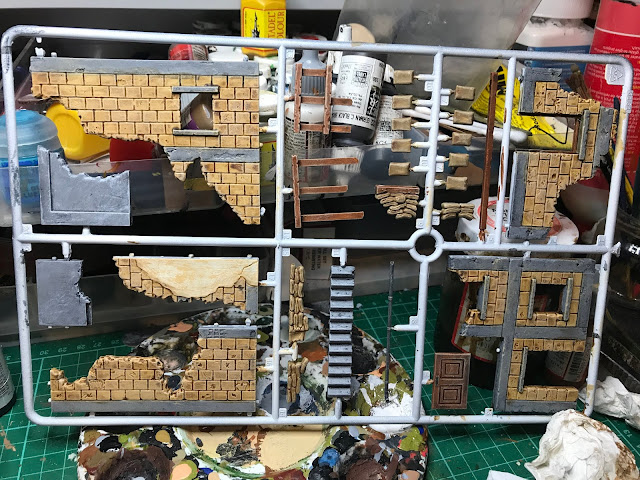 It was cleanly moulded in grey polystyrene and all the parts can be given their initial coats of paint whilst still on the sprue. It represents what I would think is a detached house (Perhaps French/Italian) that has been partially demolished by artillery fire. Whilst the damage is extensive, there is no rubble included apart from a solitary roof beam - unlike the Warlord's Ruined Farmhouse model. In addition there are some sandbags (individual and grouped) to add to the building as you see fit and the old front door! 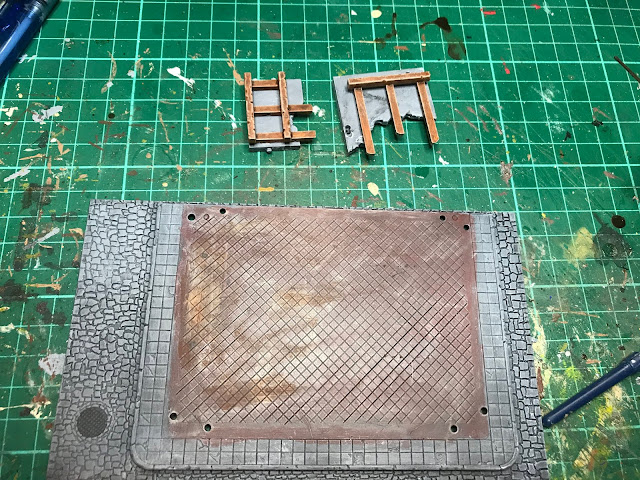 It comes with a base representing cobbled road and pavement, with a tiled floor for the inside of the building. I undercoated mine in white spray primer and then got to work blocking in the mixture of stonework and concrete reinforcement. 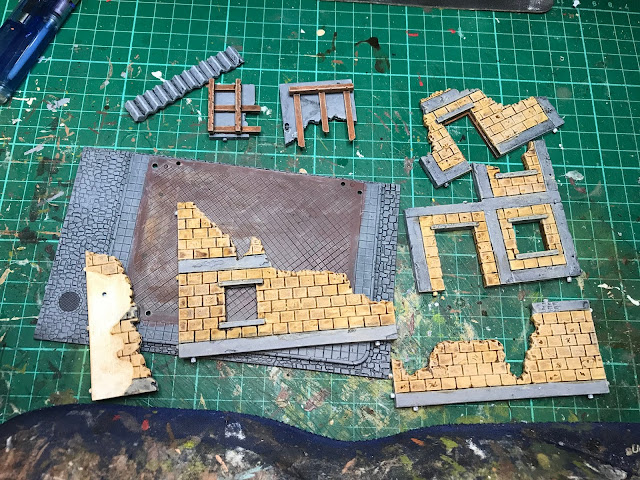 when painted these areas were then washed and finally dry-brushed to bring out the detail. 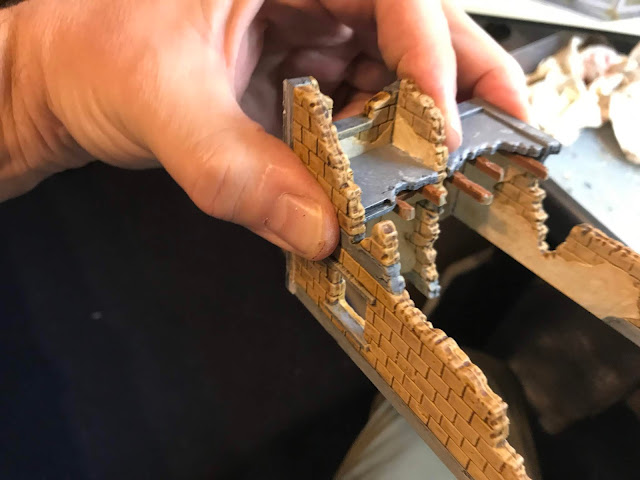 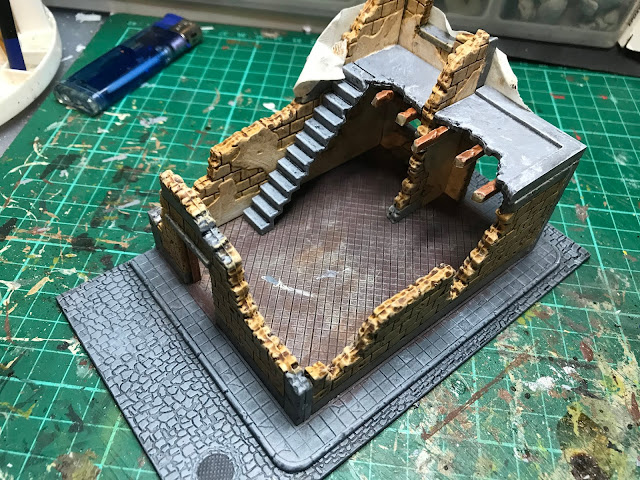 A bit of masking tape held it all together while the polystyrene cement dried overnight. 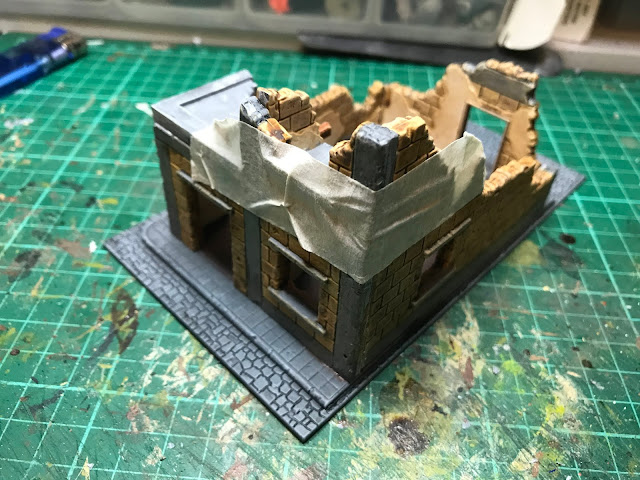 Once dry, I added the smaller details like the sandbags and door and touched up the areas I'd missed whilst attached to the sprue. 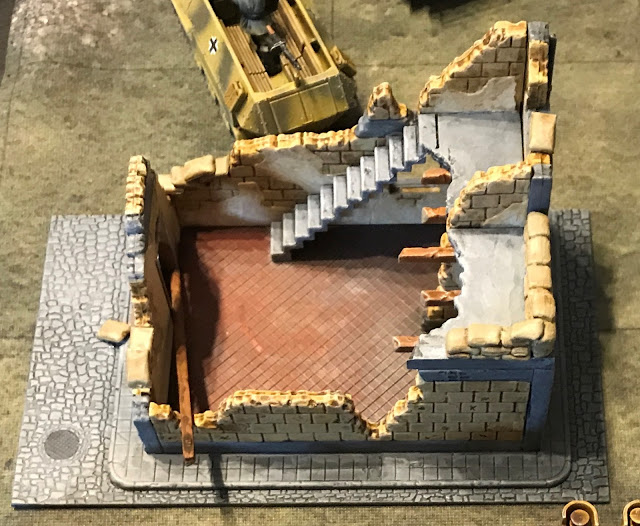 I made the model up pretty much as it showed on the box, I think it looks just fine in this configuration. 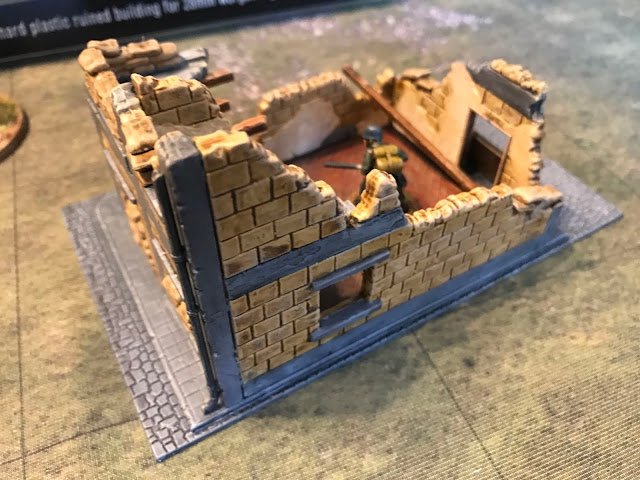 I like the fact that there's no rubble included as I think this would limit the accessibility to your tiny troops. Altogether a nice piece I'm looking forward to using on the battlefield. 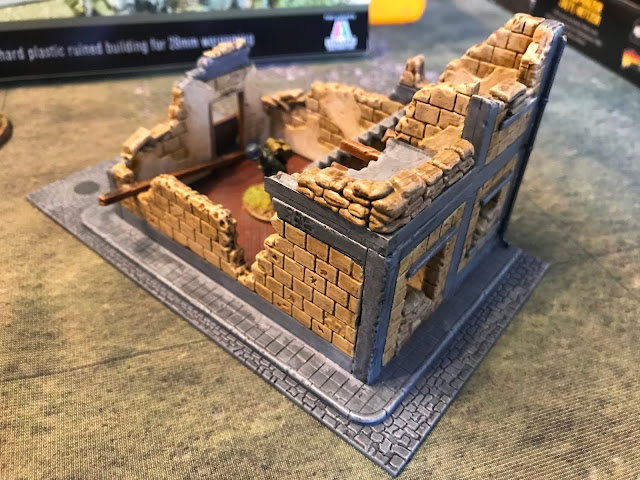 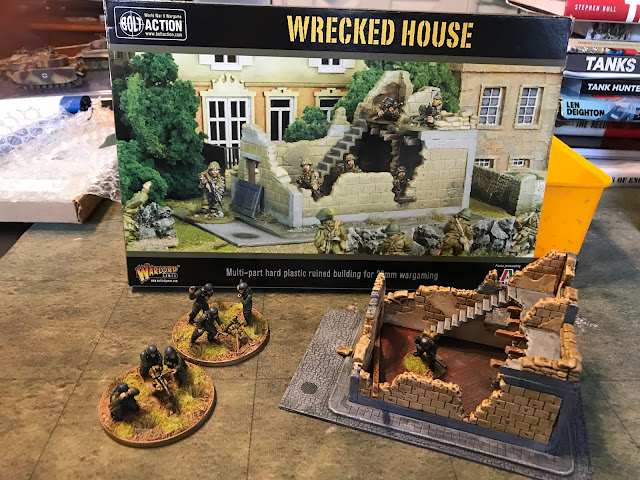