Whilst at Reveille II in November I picked up a die-cast model of a Kubelwagen for the princely sum of £2. 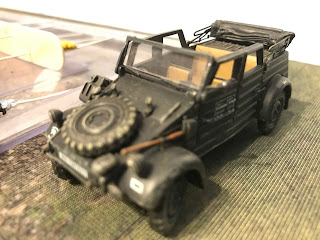 This model - manufacturer unknown - had been produced to quite a high standard in Panzer Grey, with nice decals that even included the tyre pressures! 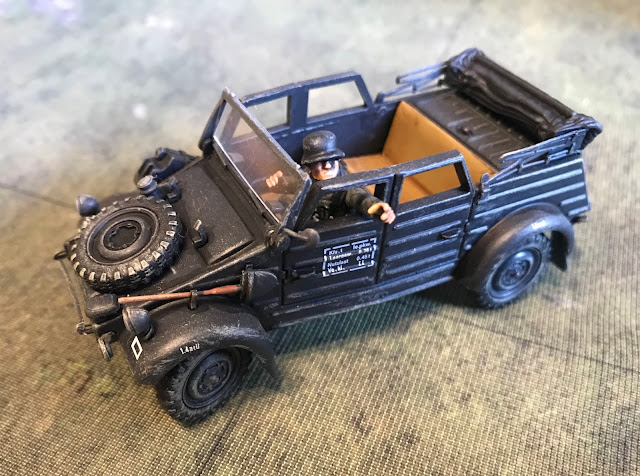 I decided to simply weather the finish a bit and add a driver figure before adding it to my 28mm collection. 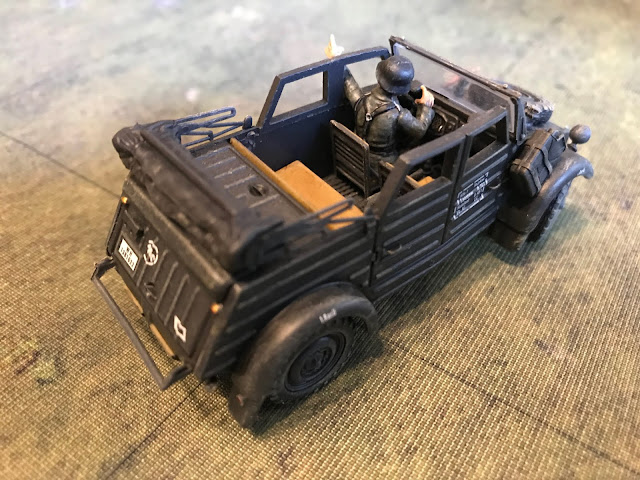 There were two bright metal parts on the steering that had to be painted over in Panzer Grey but other than that it was a case of adding dark wash to the recessed/shadow areas followed by a light dry-brush of Iraqi Sand. 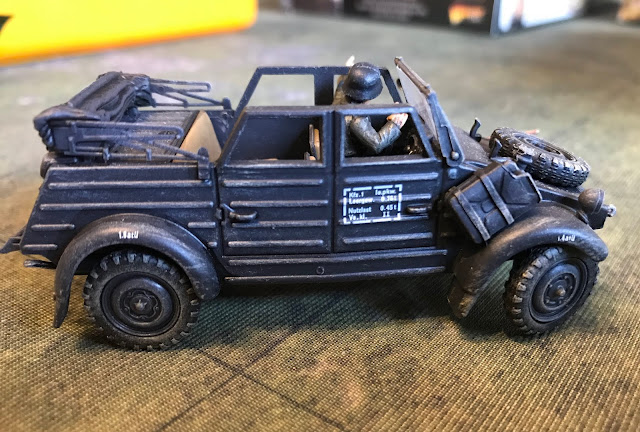 The driver was a cut down Warlord Games kneeling plastic German. With his legs removed he fits in a treat.

Another bargain addition. Keep an eye out at you local car boot sale....you never know what might turn up!
Posted by TimsTanks at 09:46