This model only cost me £12 whilst at Colours in September. Once again this is a collaboration between Warlord Games & Italeri. 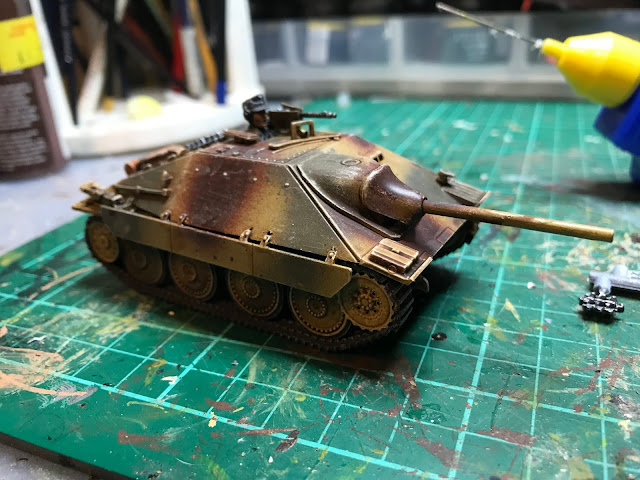 However, I suspect that this time, there is rather more Italeri input into the design than Warlord, as it is a more complex kit with a variety of options.

The kit comes in a surprisingly large box and can be built up either as a standard mid/late production Hetzer tank destroyer, Flammpanzer 38(t) or 2cm FlaK auf Hetzer reconnaissance/AA vehicle. 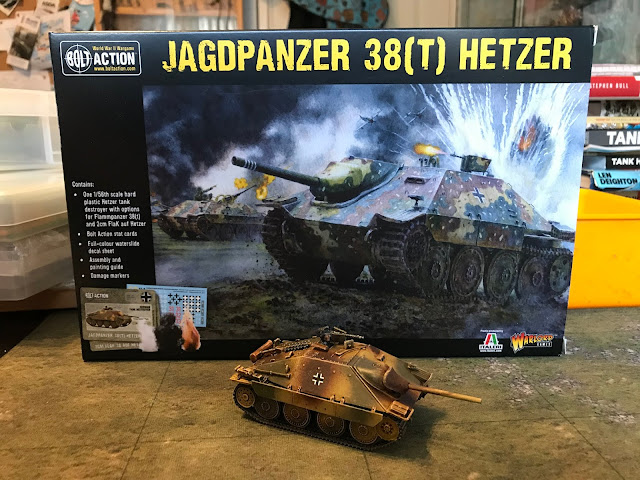 The later model has an open topped hull and interior detail and would probably lend itself to conversion to a recovery variant or experimental APC.

This is a more complex kit to build that the others and at times location requires holes to be drilled or cut out before assembly. And depending which variant you build, there will be a fair few parts to add to your spares box. 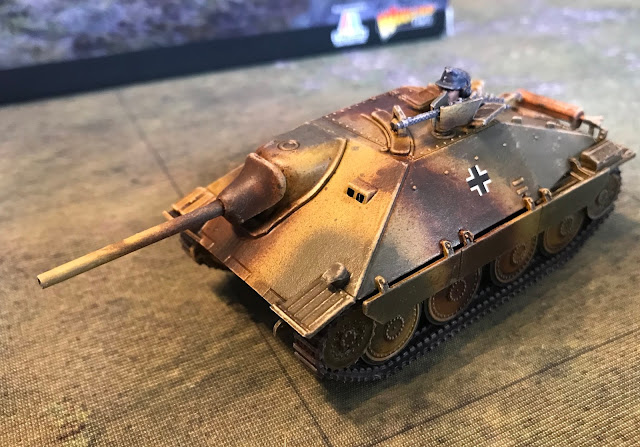 Gone are the simple pre-assembled running gear of the previous two models, this one needs to be built up wheel by wheel. An activity that requires patience and care to ensure alignment. The tracks themselves are in four parts per side and need care to ensure the joins are as invisible as possible. 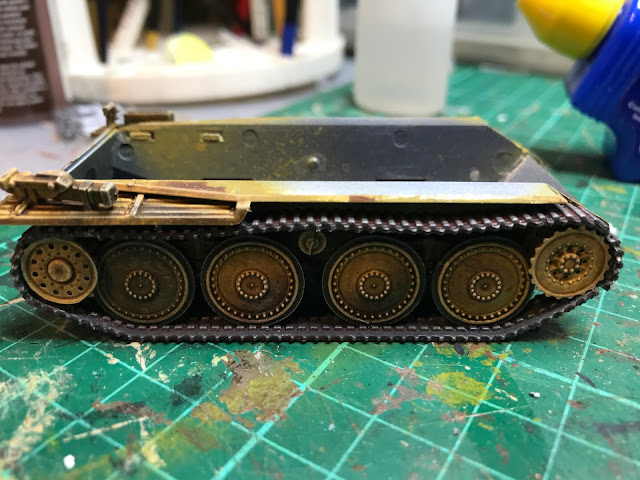 The upper body I felt was 1mm too short and left a tiny gap at the rear between it and the lower hull, but this was easily disguised. 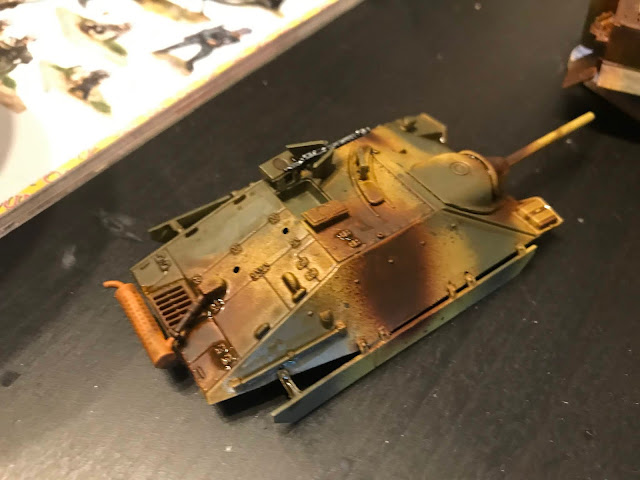 Included is a head & shoulders figure for the commander. It was here that I became suspicious of the scaling of the model as this figure looks way bigger than the commanders of the previous two kits. 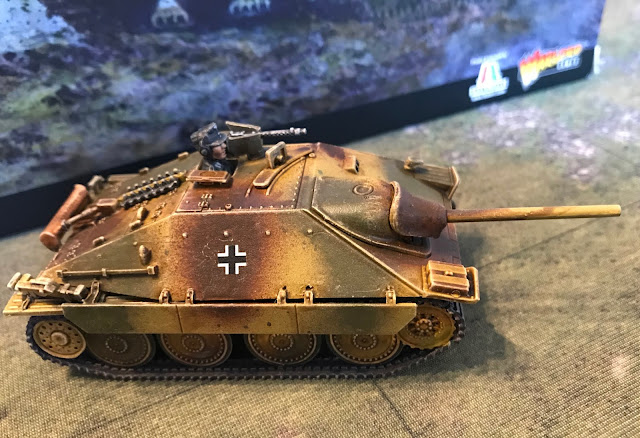 When placed alongside the Panzer IV for instance, the Hetzer looks quite large and I'm not convinced it is true 1/56th scale.....probably nearer 1/48th. 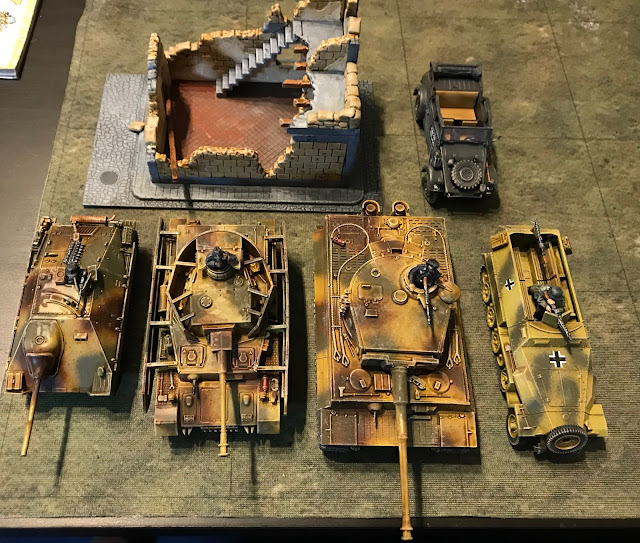 All the same it is a good model and really looks the part. I was going originally to finish in an ambush pattern as per the box art, but in the end settled for the same standard camouflage as the others two models. 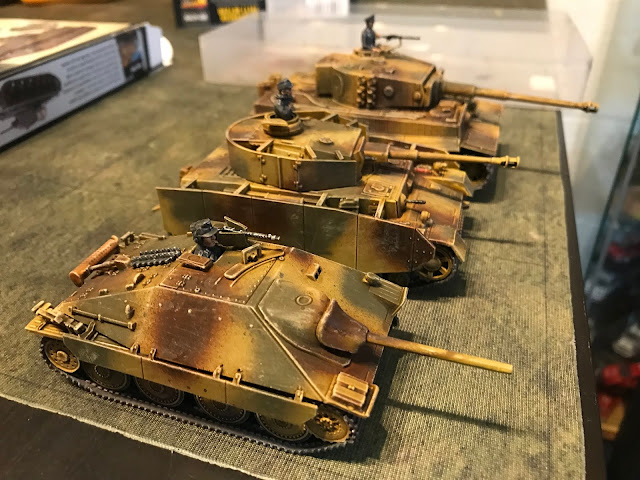 There are a good selection of decals included as well as data cards and damage markers (coloured cotton wool) which is a nice touch.

I made up the 2cm gun as it was such a nice model in its own right. Assembled carefully it rotates and elevates and includes separate magazines of spare cartridges. I'm sure I will find a use for it at a later date. I guess if you chose to build this option you would have to find a crew from somewhere else as none is included with the kit. 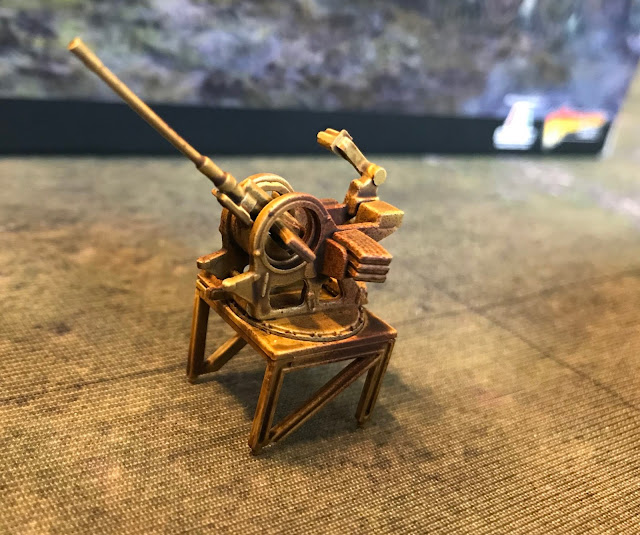 Usually retailing for £20 this was exceptional value for £12 and will soon grace my toy battlefields with its compatriots. 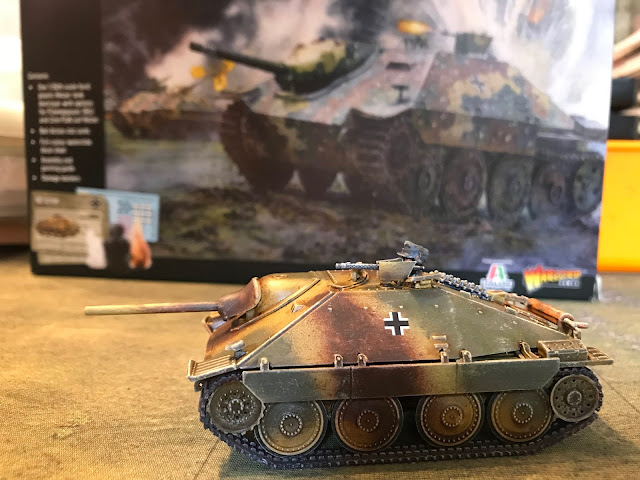