This model was one of the first (if not the first) injection moulded AFVs that Warlord produced for their Bolt Action range. 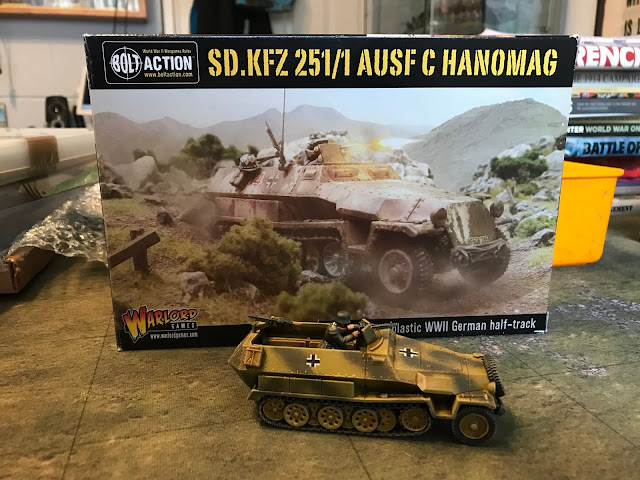 To my shame I bought it straight away (£15 at Crusade 2013 I think) and then put it on the shelf and forgot about it.

With my new found enthusiasm for 28mm it finally made its way onto the bench along with the other German vehicles I've described previously.

A simple model to assemble, with just enough detail for a wargames piece I found it a pleasure to build.

It includes a figure firing the on board MG (MG34 or MG42 - both are supplied), but no one for the driver's seat.

There are basic decals include together with some stowage (Jerrycans, helmets, spare wheel etc.). 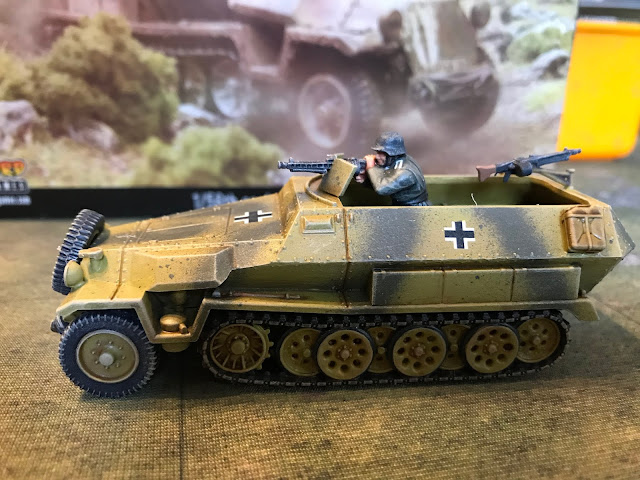 The track and running gears units are moulded as one part and require some careful painting. The interior is best painted before assembly as it is difficult to access afterwards.

Altogether a good little model. Recommended.
Posted by TimsTanks at 15:57