I signed up to the French Expansion Kickstarter way back when finally receiving the finished article in September 2018 (see http://timstanks.blogspot.com/2018/09/pscs-great-war-french-army-expansion.html). 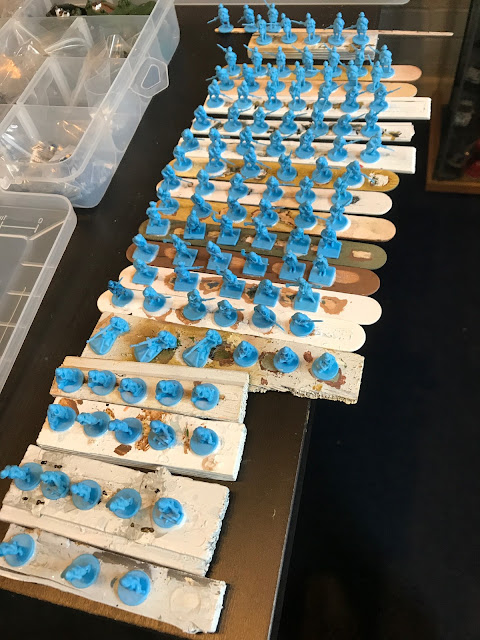 I commented on my initial thoughts then, so won't repeat myself. This is just an overview of what I have done to finish the figures off ready to play. 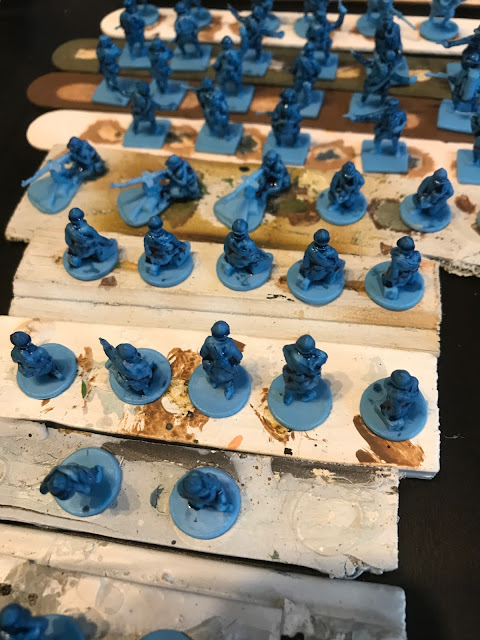 I decided that I would mount the figures four to a 40x30mm mdf base as I had done previously with both the British & German armies. To indicate how many lives each group of four had remaining, I added a Minibits dice frame and micro-dice.

My thinking here was that the figures could be used with other rule sets as wargame units with the dice left off the bases. 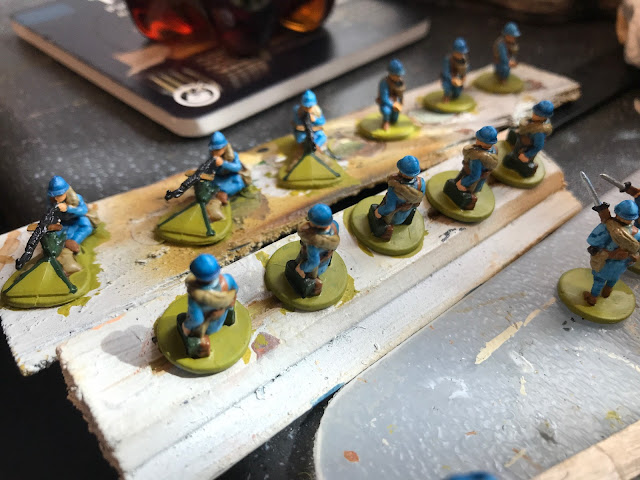 The new "Special Troop" figures (Sniper, Flamethrower etc.) I based on a 20mm dia. mdf circular base 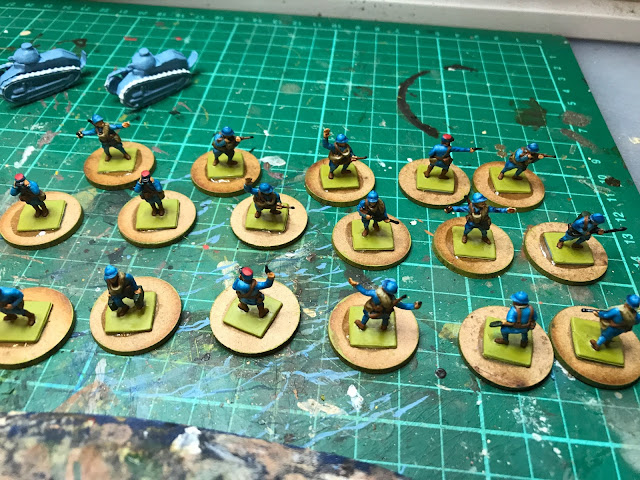 I purchased the bases at Colours 2018 and didn't really do my homework first..... I therefore bought larger Micro-dice/Frames than I'd used previously (though they're easier to see!) and I'd previously based the  Grenadier figures from the original game on 15mm dia. bases not 20mm. 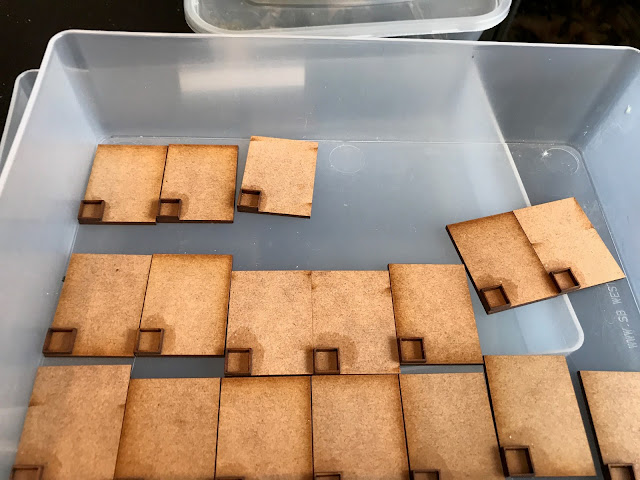 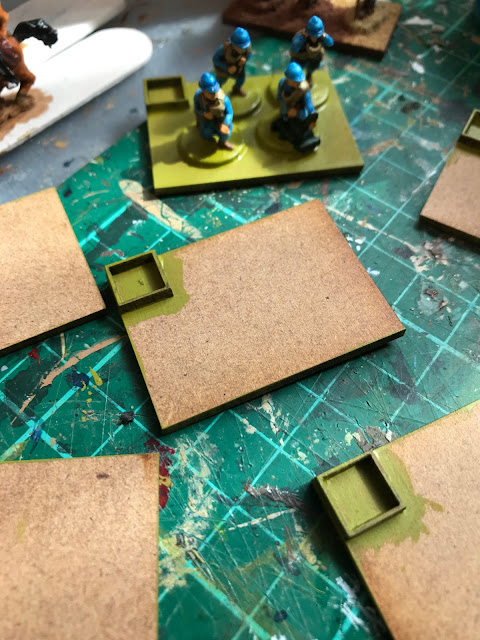 The figures are now moulded in  a blue flexible plastic and I first washed them in detergent to remove any grease etc. before painting commenced. 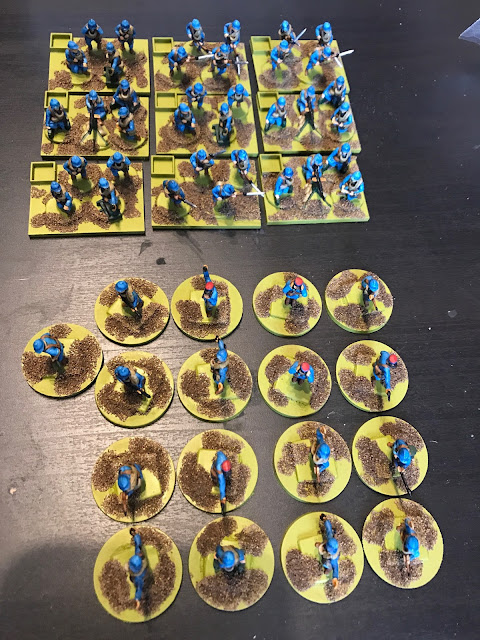 As flexible figures invariably shed flaking paint over time, I decided to use the moulded colour as my "Base Coat" to minimise the risk. To add depth, however, I decided to give them an overall  wash of a darker colour. 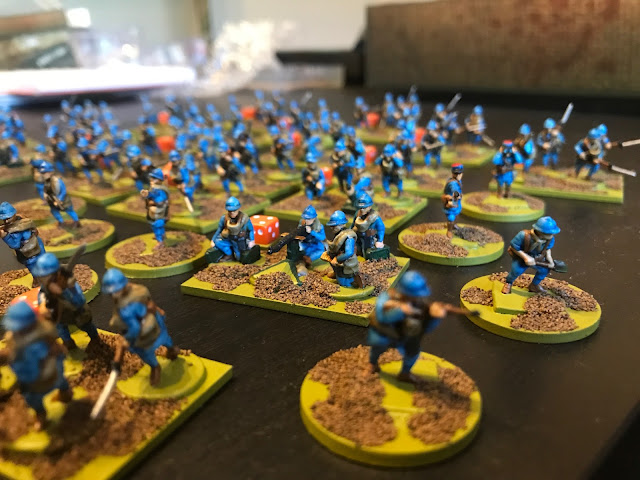 So the first job after gluing them onto lolly sticks ready to paint, was to give every figure an overall coat of Army Painter blue wash. Sadly my detergent wash failed to remove all the release agent and the wash did not cover well. 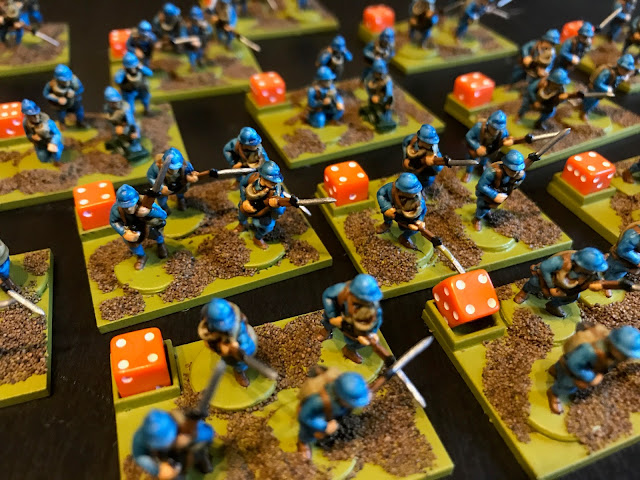 A second wash gave the same result, so in desperation I washed them all in Mentholated Spirit which finally did the trick.

So all figures received an overall blue wash.  Once dry I painted the details; -


Then all these above areas received a coat of sepia wash. 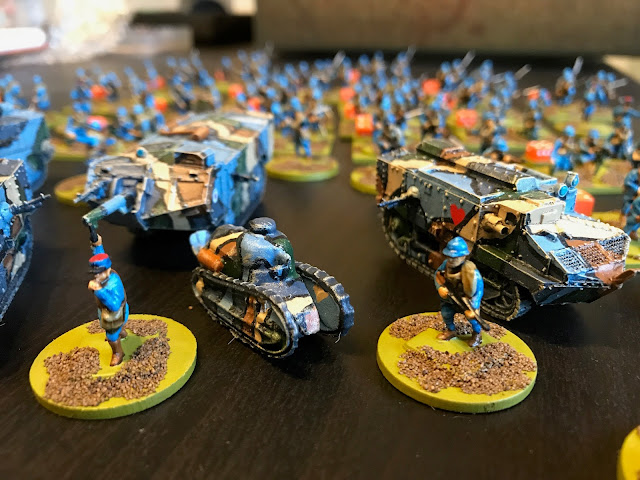 The bases were given an overall coat of camouflage green (tool two coats to cover burnt edges of mdf bases) and once everything was dry I added some railway scatter to break up the surface. 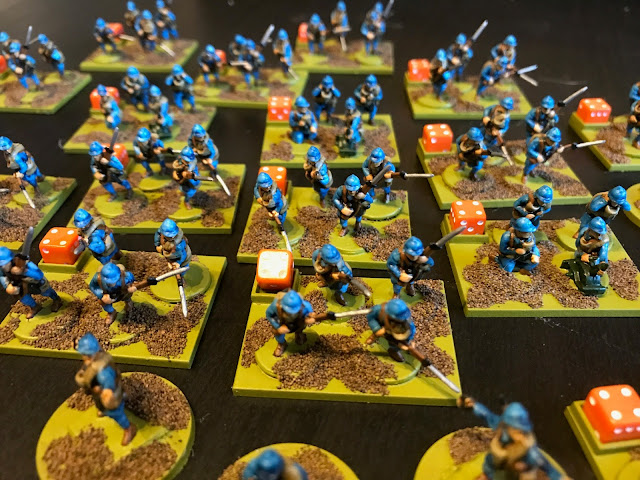 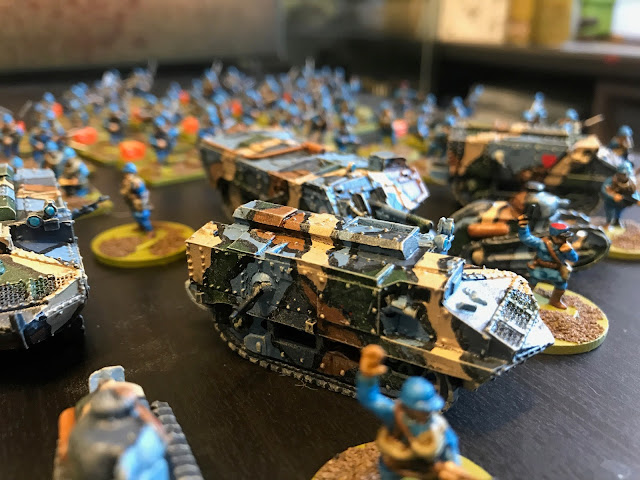 This was a quick and dirty method of getting these figures ready for action and works very well. 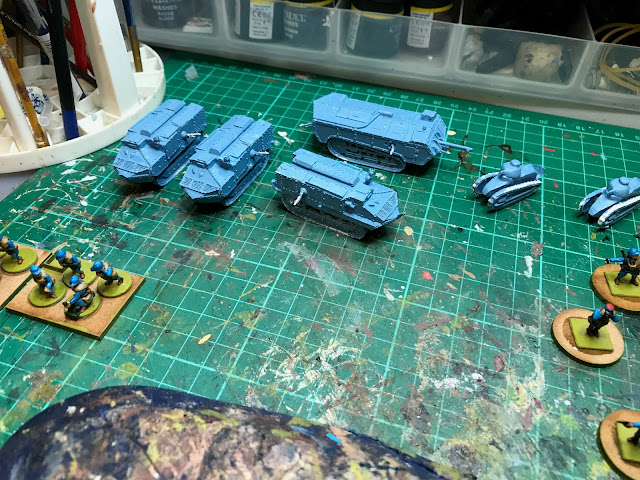 To go with this expansion, PSC have added French Tanks as options. The rules for their use came with the expansion as stretch targets, but the vehicles had to be purchased separately. 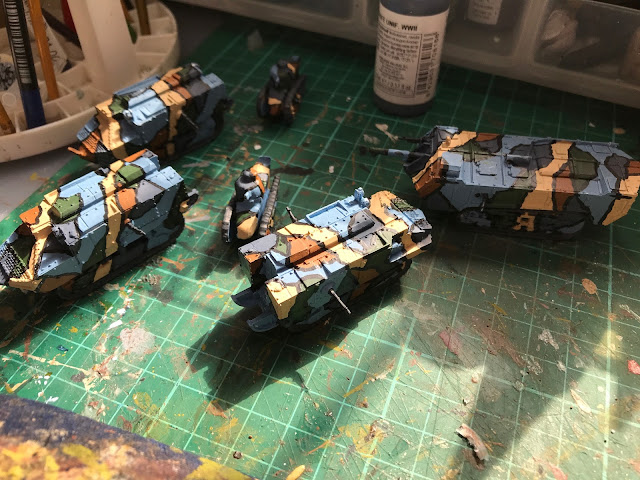 As luck had it, Firestorm Games were selling off their Battlefront Great War range and I picked up two C1. Schneider tanks at 50% off. Then at Crusader 2018 I picked up another Battlefront Schneider together with a St. Chamond for £5 and finally I rediscovered two Peter Laing FT17's I've had for many years. 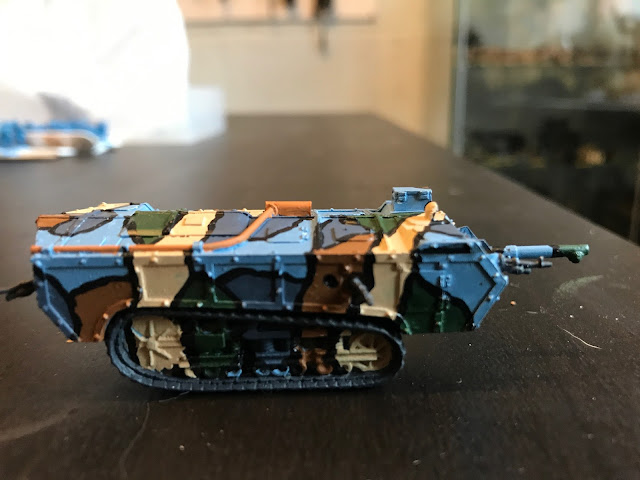 All these were given a rather garish paint scheme (as per the Battlefront Great War rule supplement) so they can be fielded as part of my new French Army. 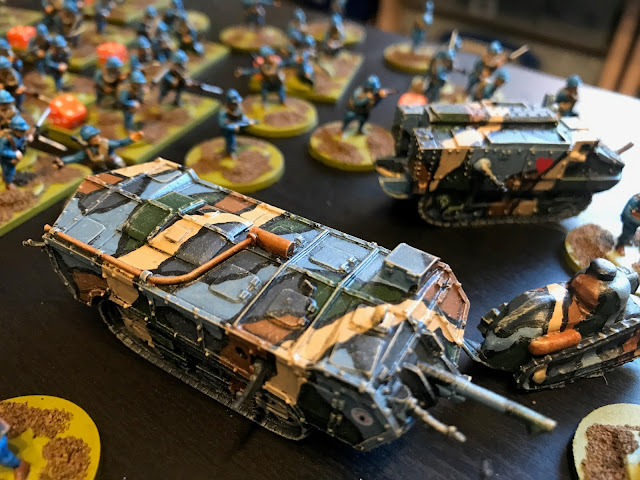 And very nice they look too. All I need now is some free time to try them out......