To bolster my British Late War Bolt Action army, I purchased a part built Warlord Cromwell from a table sale. 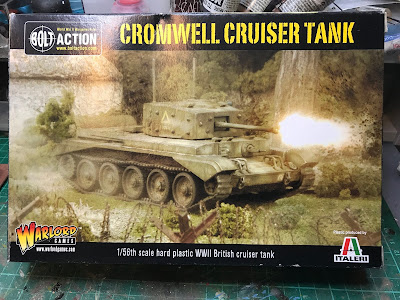 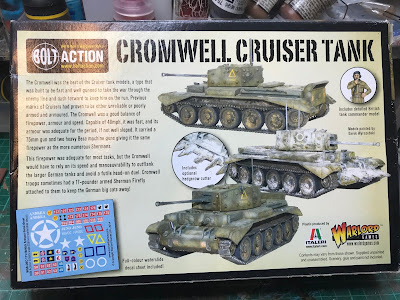 The model's hull bottom, hull top & turret had all been assembled so all I needed to do was paint them up, attach the tracks and final assembly. 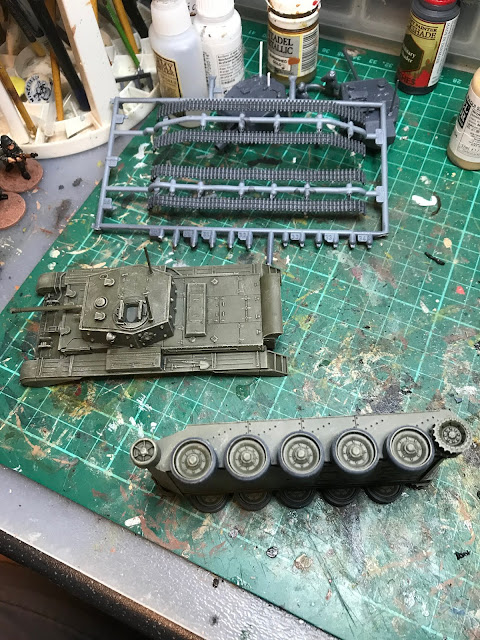 The model was clearly very simple to assemble and produces a nice likeness of the AFV. 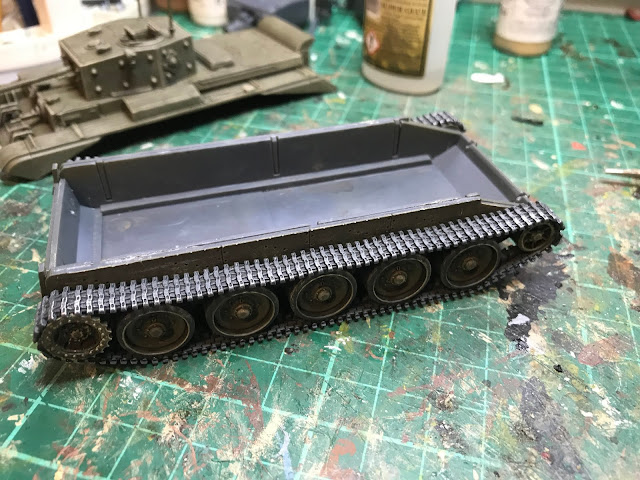 As with all these kits, they are wargames pieces. Therefore the details are simplified in places....aerials that are way too thick, moulded on tow cables etc..... but if you want to super detail them it wouldn't be too difficult. 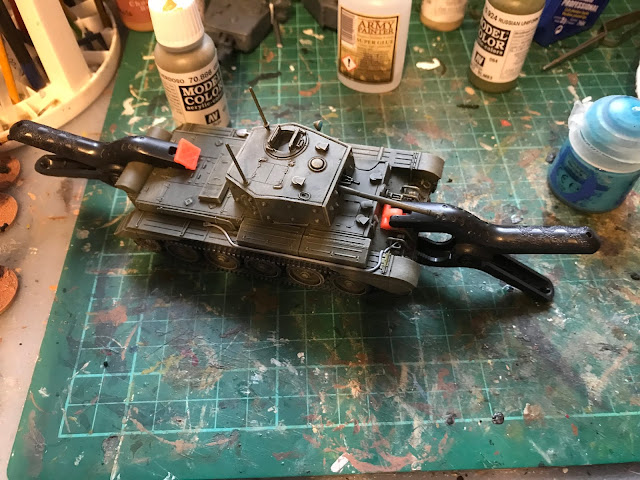 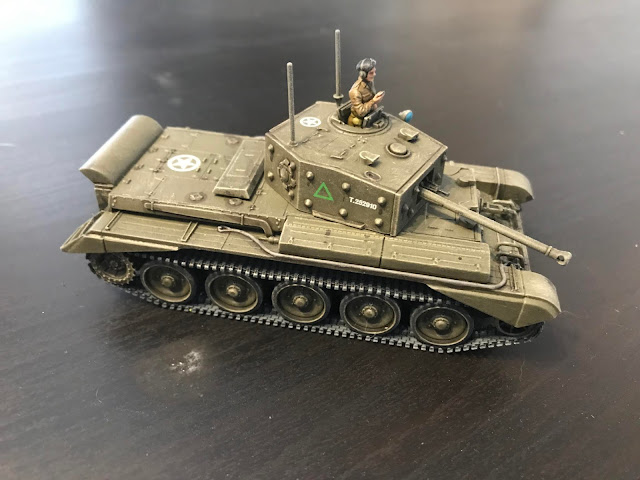 Enthused by the look of the Cromwell, I treated myself to the Warlord Churchill kit, at the Lincombe Barn Table sale in May. 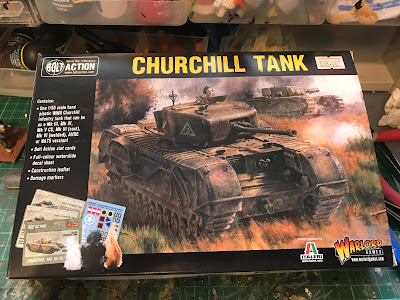 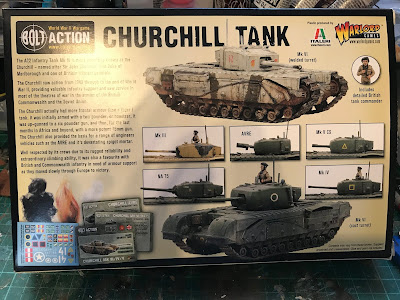 This is a very similar design to the Cromwell, moulded in grey hard plastic the kit is straight forward, and simple to assemble. 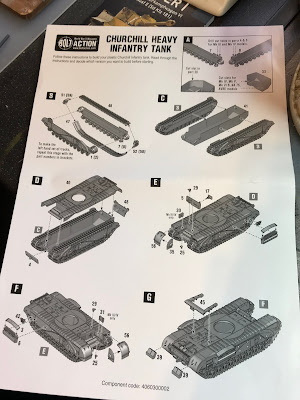 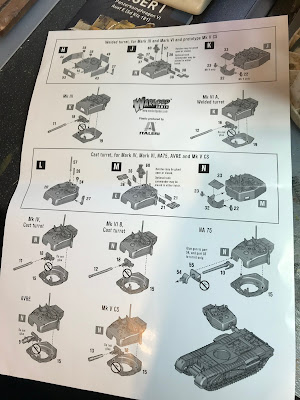 As ever, a quick walk through the assembly steps helps you define your painting strategy! As I was going to spray the tank, I realised I would need to paint both track sponsons and tracks separately,  first before they were assembled around the tracks themselves. 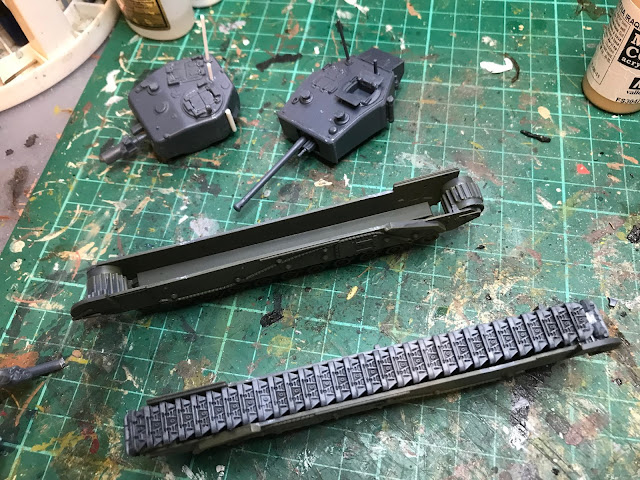 The kit has many options for building, based around choices of cast & welded turrets. You could build standard 75mm armed gun tanks (including the North African modified vehicles) as well as the Petard armed AVRE. In fact so long as you are prepared to scratch build one or two parts from plasticard, you can build both a MkVII turret and an AVRE turret as I did 😊 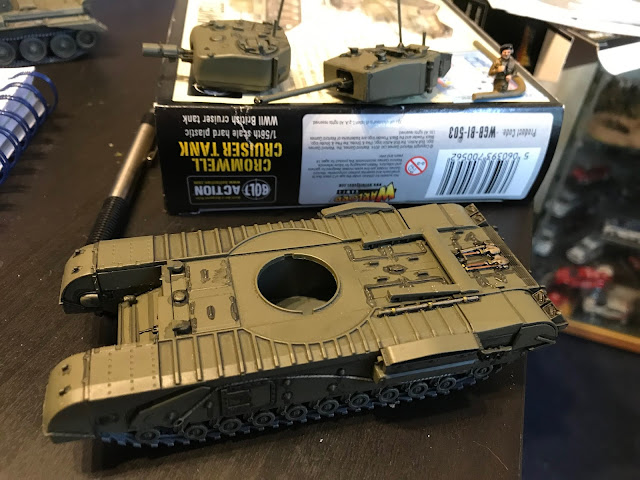 Once completed, both tanks were finished in the same way. 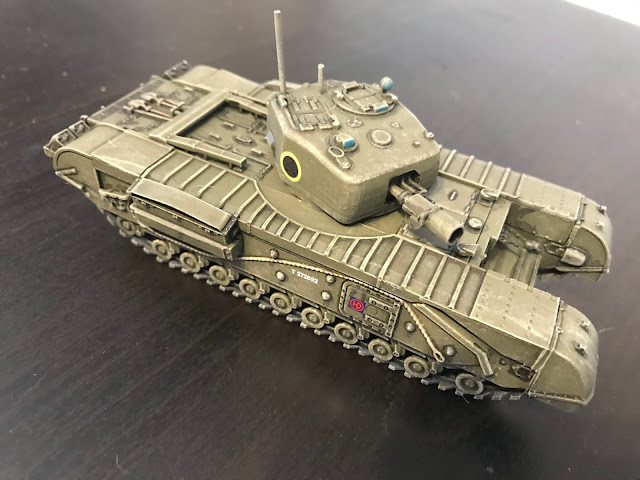 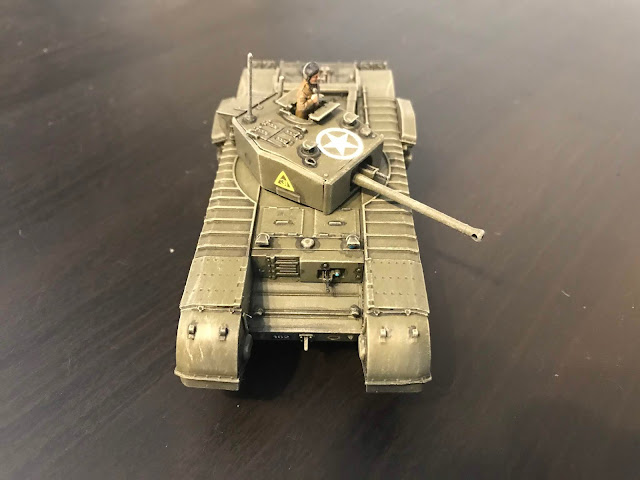 Nice and simple, very quick, but quite effective. After adding a few decals, they were sprayed first with Satin Varnish and then Army Painter Matt varnish.

Both are good models that I would thoroughly recommend.