As ever, these went straight onto my shelf of shame to await painting sometime in the future......

One of the boxes of figures was the German Pioneers set, which consists of the Early War Infantry box set of plastic sprues with a couple of bags of white metal "add-on" parts to convert the figures. As well as new arms & weapons there are heads with different head-gear, one complete figure, pioneer rucksacks etc. How to assemble each figure is covered by the leaflet included with the box.

This was my first experience of Warlord combined plastic-metal figures so I thought I'd give them a go now, rather than much later into the future!

The metal parts need a little cleaning up and then a little "fettling" to match up to their intended plastic body. Nothing too bad, and then they are attached using super-glue (with  a quick spray of  accelerator to speed up the drying process) 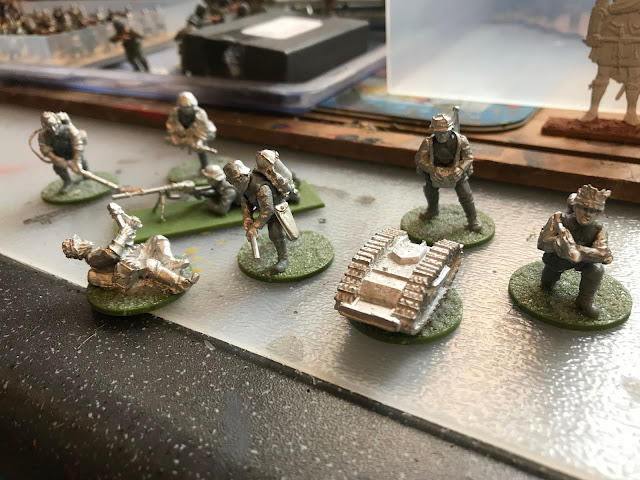 While most of your pioneers will be standard early war infantry, there are sufficient metal parts to create some specific pioneer figures, including; -


The detail of the castings is great and does enable you to produce some nice, original figures. 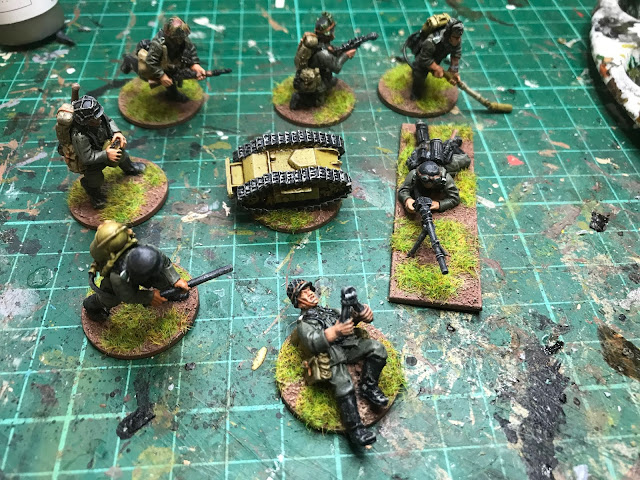 I guess you only need a squad or two of pioneers in any army, so the rest of the box may prove to be surplus to requirements if you already own the early war infantry? Best solution would be to just buy the pioneers box, assemble your pioneers and use whats left as plain infantry.

These  early war plastic figures go together really well and are well sculpted/posed but I have yet to paint them up....
Posted by TimsTanks at 10:16