Once upon a time I had a dream that I would wargame the ECW using 28mm figures. Having bought just about every set of ECW rules I could find, I finally settled on Pike & Shotte from Warlord Games as my preferred game. 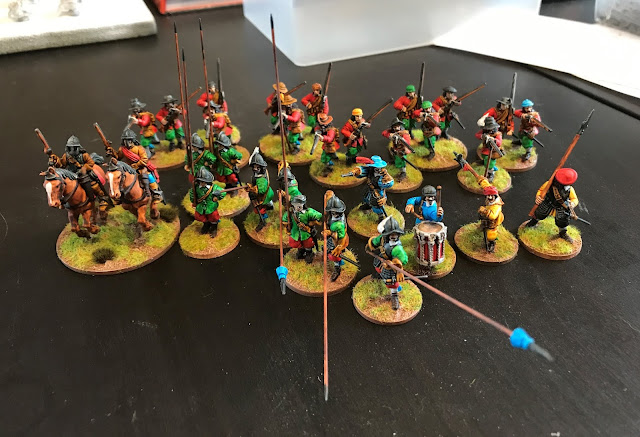 Along the way I had tried Polemos ECW in 6mm and quite enjoyed it and also had acquired a large collection of 15mm ECW figures too. 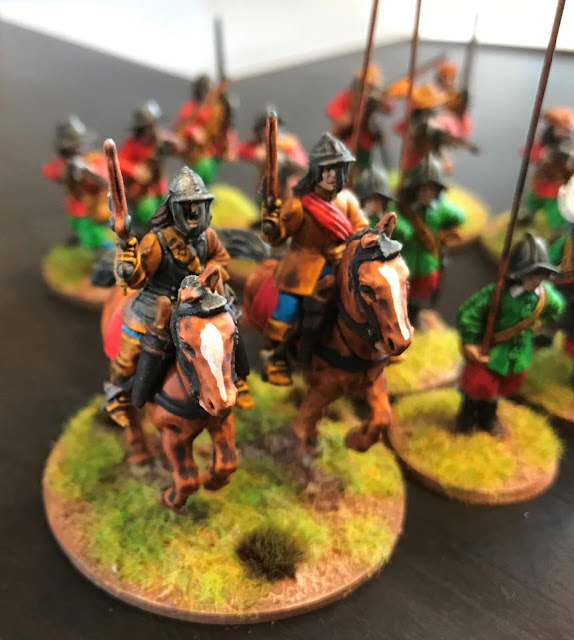 As the 15mm figures painted up quicker, they took over from my intended 28mm armies and the few boxed sets from Warlord that I had bought languished on the shelf of shame. 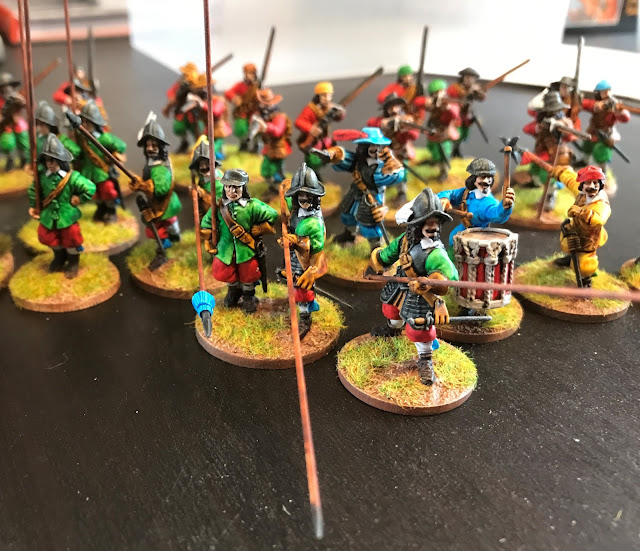 Enter two things, totally unconnected, that have changed all this. 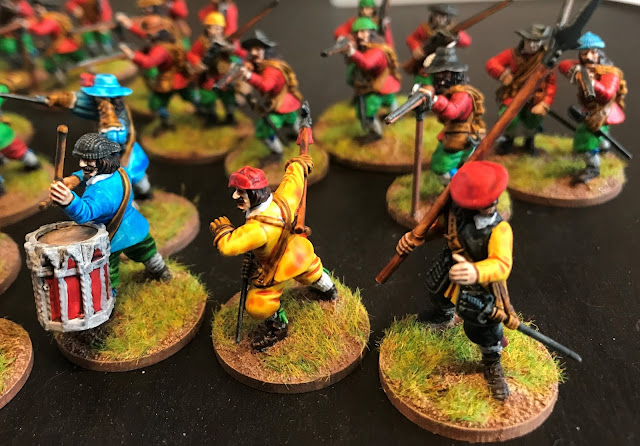 Firstly the number of figures I'd collected would provide me with two (maybe even three) 24 point companies with plenty of options for variety. I had a mixture of Pike & Shot, Firelocks, Cavalry and Dragoons. All I lacked would be an artillery piece if I fancied it.

Secondly, I was quite taken with the new paints from GW and thought that I'd like to try them on a historical subject. What better than these ECW figures? 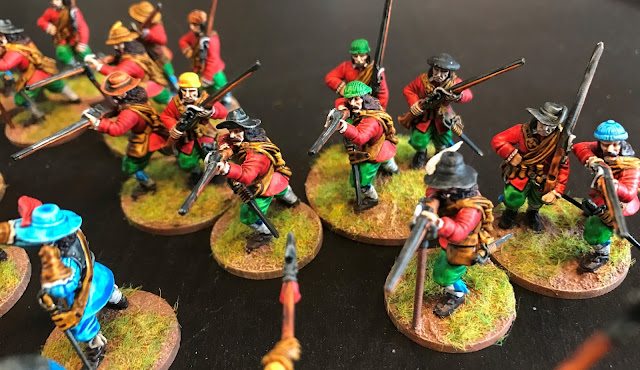 I know I've said it before, but these paints really are very good. The figures come on really quickly (great for any time-strapped wargamer) and look really quite good. You could argue that the colours I've chosen to start with are a little bright, but viewed from two feet above, on the table, I really like what I see.

I need some variation in colour schemes and must get myself a darker blue and green when I next visit Firestorm Games. But to begin with things are going great. And this little lot were finished in three sittings. 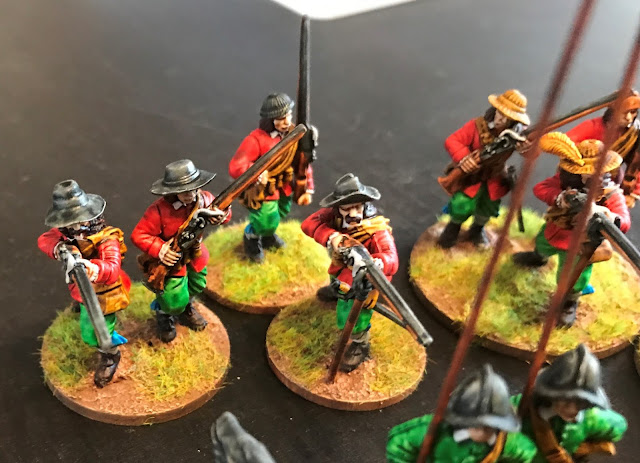 I'm basing the figures in 1's, 2's & 3's as per the recommendations in the rule set, using mdf bases. I replaced all the plastic pikes with steel items....which you have to be careful with as they're really sharp! I had a few pikemen torsos left over so using spare officer sprue arms together with some left over from some Perry Medievals I created some additional leader figures and a drummer.

Let's hope I can (for once) keep the momentum up until I actually finish a project!