Another trip out to my now annual Colours pilgrimage, is over.

Similar format to previous years, but to my mind, much quieter than previous years. The plus side to this was plenty of space to walk around and ogle the trader's stock!

Some bargains to be had (see below) but not too many. The bring and buy looked to be better supported than last year and was very well organised. The prices, however, were not really bring and buy levels! I think people now expect to get similar prices to eBay etc. and price at 75% of it's retail value. Oh well....

The demo games I'll cover in a later post. Suffice to say, they were all of a very good standard though not as diverse in historical periods as they have been on previous years? I also thought they lacked the energetically run participation games of previous years. Everything was very quiet and civilised.

Altogether a good day out and I spent all my pocket money bar 20p! 😀 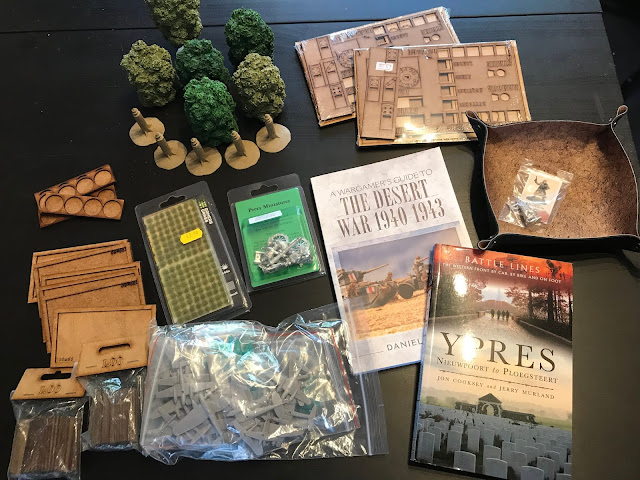 
Not sure what to do with the aircraft! I wanted a couple for Cruel seas, but when I emptied out the bag I found there were 74 in total!! 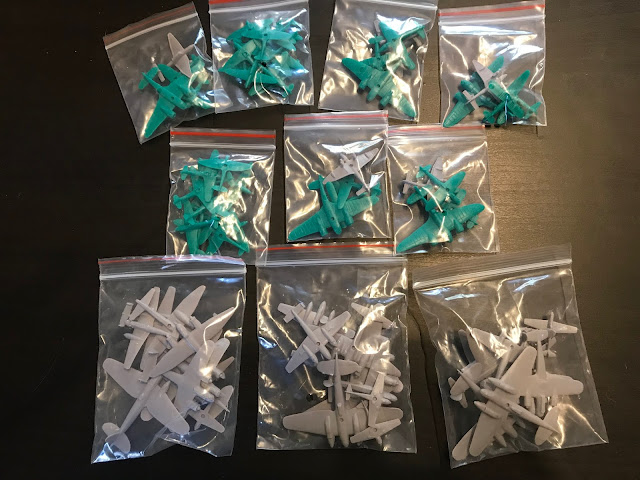 These were produced for early runs of PSC's Battle of Britain game but were unpopular with purchasers (bent wings & fuselages that needed the hot/cold water treatment) and were replaced with hard polystyrene alternatives. 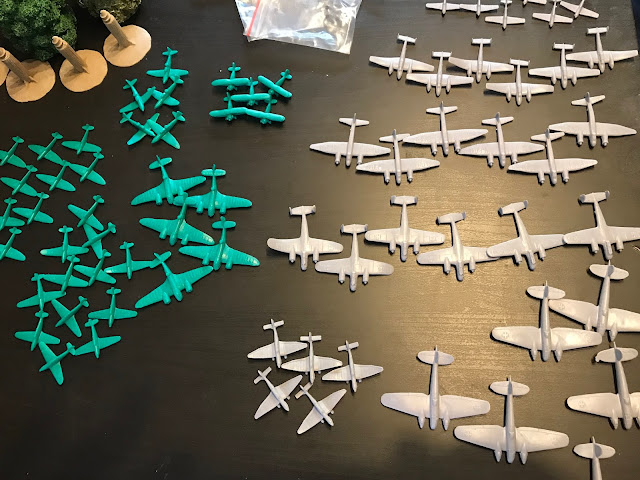 They're really not too bad. Ok not sure how well they will take paint just yet. And they need a bit of straightening out. But they're nice enough little sculpts. 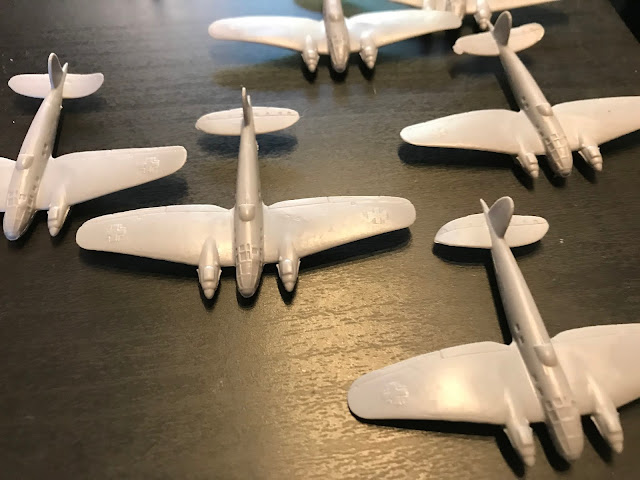 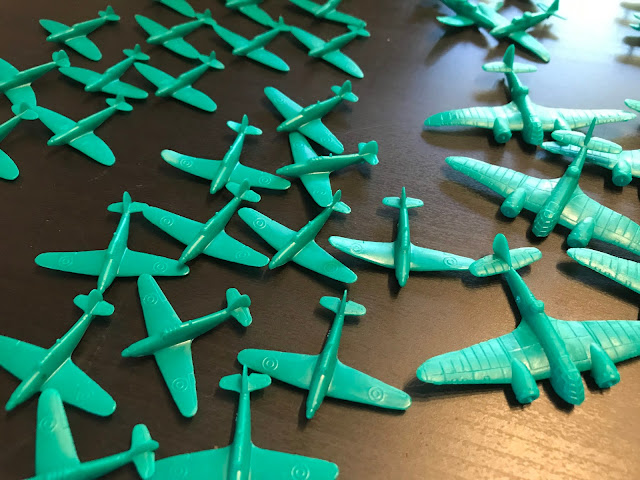 For the Brits there were;-
Maybe they could be what I need to finally try out that Bag the Hun set of rules I bought a couple of years ago?  We shall see.....